Anti-Semitic violence in London as Israel faces ‘Day of Rage’

A spree of anti-Semitism occurred on Tuesday in the London borough of Stamford Hill, which is home to a large Jewish population.

The violence occurred on a day when attacks against in Jews in Israel escalated after Palestinian leaders called for a ‘Day of Rage’ against Israel.

The first incident occurred when a group of men, described as “young Asian”,  shouted anti-Semitic abuse at a school bus driver even as young children were on board. 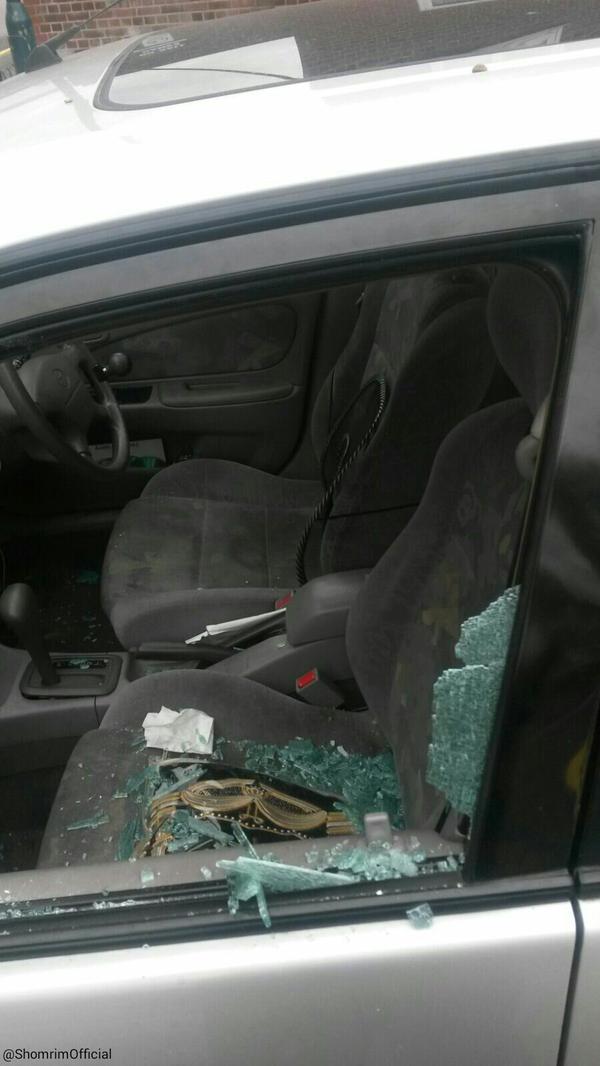 Suspect shouted “We need to kill all Jews” as they smashed a car window outside the synagogue. (Photo: Shomrim NE London)

Shortly after a man shouted “we need to kill all the Jews” at a Jew as he left a synagogue in Stamford Hill. The assailant followed the man, and then smashed in the driver’s side window of his car.

The anti-Semitism continued, as another person, possibly the same man who smashed the car window, verbally abused and threatened two women on the same street. The report noted that the man “may also be linked to additional incidents in the area.”

On Tuesday evening, a man identified as an Eastern European shouted anti-Semitic abuse at Jews in the neighbourhood.

Volunteers from the Shomrim neighborhood watch organisation followed him, until police arrived and arrested him for the verbal abuse.

Shomrim volunteers also responded to the three incidents earlier in the day, and police are reportedly investigating the cases.