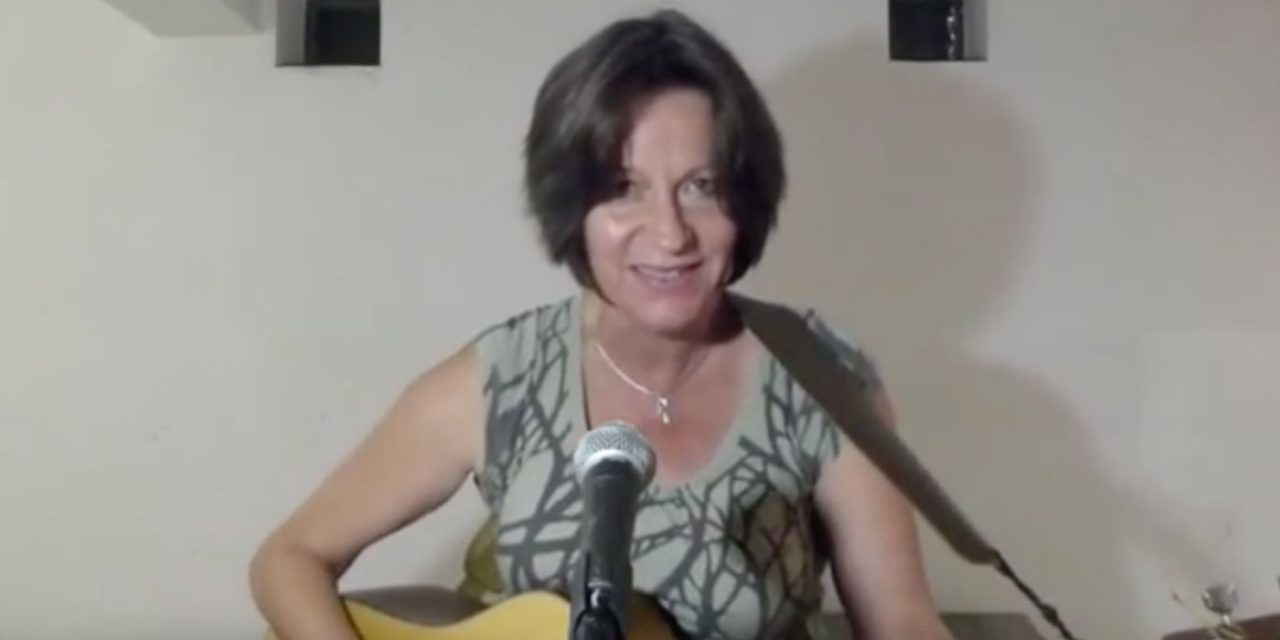 A singer and Holocaust denier who was convicted of broadcasting “grossly offensive” songs about Jews has been jailed after violating her sentence by posting on her blog.

Alison Chabloz, 55, made “at least 50” separate posts on her website, which was deemed to be in breach of the terms of her suspended sentence she received in May 2018 for her anti-Semitic songs.

Chabloz, from Charlesworth in Derbyshire, was convicted last year for writing, performing and publishing songs which mocked Jews and the Holocaust.

The lyrics to one song include lines like: “Did the Holocaust ever happen? Was it just a bunch of lies? Seems that some intend to pull the wool over our eyes. Eternal wandering liars haven’t got a clue, and when it comes to usury, victim’s always me and you.”

You would be forgiven if you thought this song was written and sung by a neo-Nazi. Instead, however, Chabloz is a pro-Palestinian activist who sits on the far left of politics. However, since her original trial last year, she has now garnered support from the far-right anti-Semites as well. A demonstration that hatred of Israel and the Jews is what unifies both the far-right and far-left of politics.

In another song entitled ‘I Like The Story As It Is’, Chabloz sings, “I’d rather be a Gentile than a… non-Gentile”. Gentiles are classed as anyone who is not a Jew, therefore a “non-Gentile” is a Jew.

Having established who the song is about, Chabloz then sings about the Jews “lies about their history and the past”, which she claims is a way for them to claim “Israeli hegemony” and “tribal supremacy”. The song claims that they “steal what’s yours, take what’s mine”.

“The first great lie concerns the Lord above.
They claim to be his choice minority
They alone deserve his love. Mmmm ….Mmmm.”

The above lyrics are referring to the Biblical claim that the Jews are God’s chosen people, which Chabloz is clearly calling a “great lie” and mocking it.

Another “great lie” that Chabloz claims is the following lyrics:

“The third claims Six Million [Jews] were gassed alive
Their bodies burnt, or so we learn
I used to question, how this could have come to pass
Now I insist. It’s a damn fine tale, I like the story as it is.”

Clearly Chabloz has a problem with Jews, their religion and their history and has repeated these comments in numerous forms. Despite having a criminal charge brought against her previously, she continued to make posts online, which were against her court order.

Chabloz has now been sentenced to eight weeks in prison and fined £170.

The charity that took the private prosecution against Chabloz was Campaign Against Antisemitism (CAA). The charity said it took the decision because “the Crown Prosecution Service failed to prosecute [Chabloz]”.

Stephen Silverman, the director of CAA, said: “We are delighted that justice has taken its proper course.

“The trial follows contact between Campaign Against Antisemitism’s lawyers and the National Probation Service, and we are grateful for their cooperation.

“We hope that this sentence will send a message that antisemitism is unacceptable and that the courts will not hesitate to use the powers at their disposal to bring offenders to justice.”