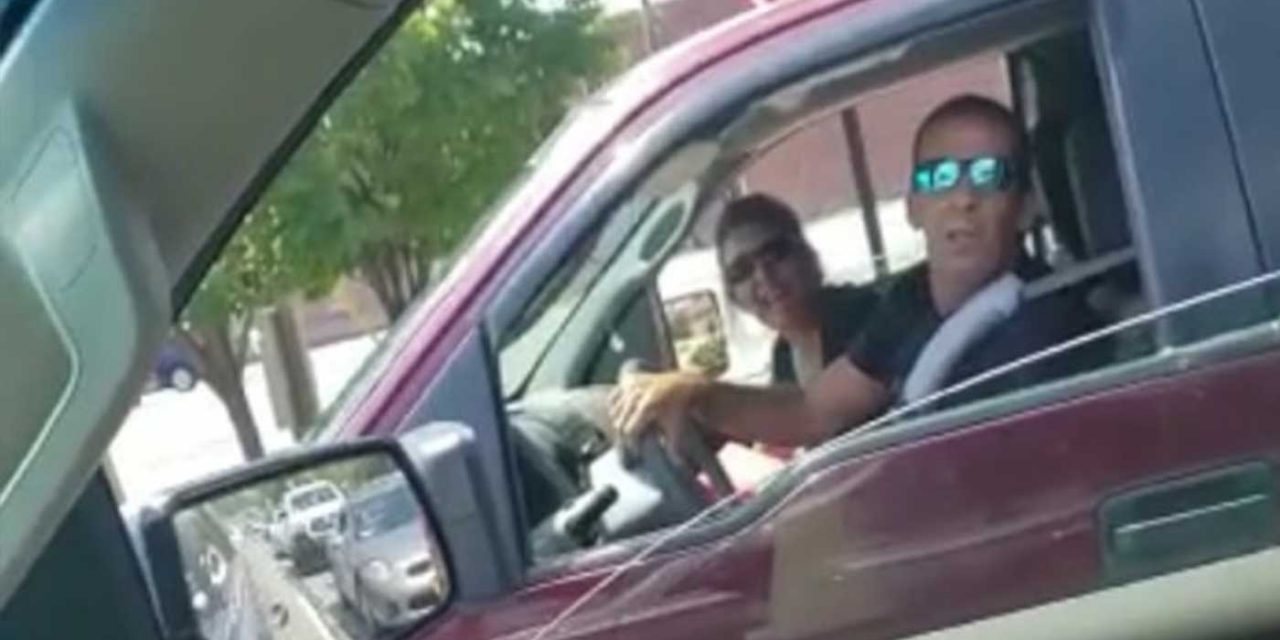 A flurry of anti-Semitic abuse from a man and woman in upstate New York has been caught on camera in an apparent road rage incident this week.

Videos have been circulating on social media showing a man and a woman in a car shouting vile anti-Semitic abuse at a driver in another car. The man filming was the man being abused.

In one of the videos, the anti-Semitic couple accuses the man of cutting them off, indicating that this is a road rage incident. Regardless of what happened before this attack, the response is shocking and unacceptable.

In the vile tirade, the man says Jews are “inbred” and “dirty, nasty people” and accuse them of sexually assaulting young boys.

Warning: The video below contains strong language that some will find offensive.

⛔Foul Language⛔ Dear instagram, This video was removed for the wrong reason. Antisemitism? Alive and well, thanks for asking.. This happened to me around noon today. #antisemitism #monticello #local #hillbilly #roadrage #slurs #madman