Anti-Semitic incidents in Australia increase by 10% in past year 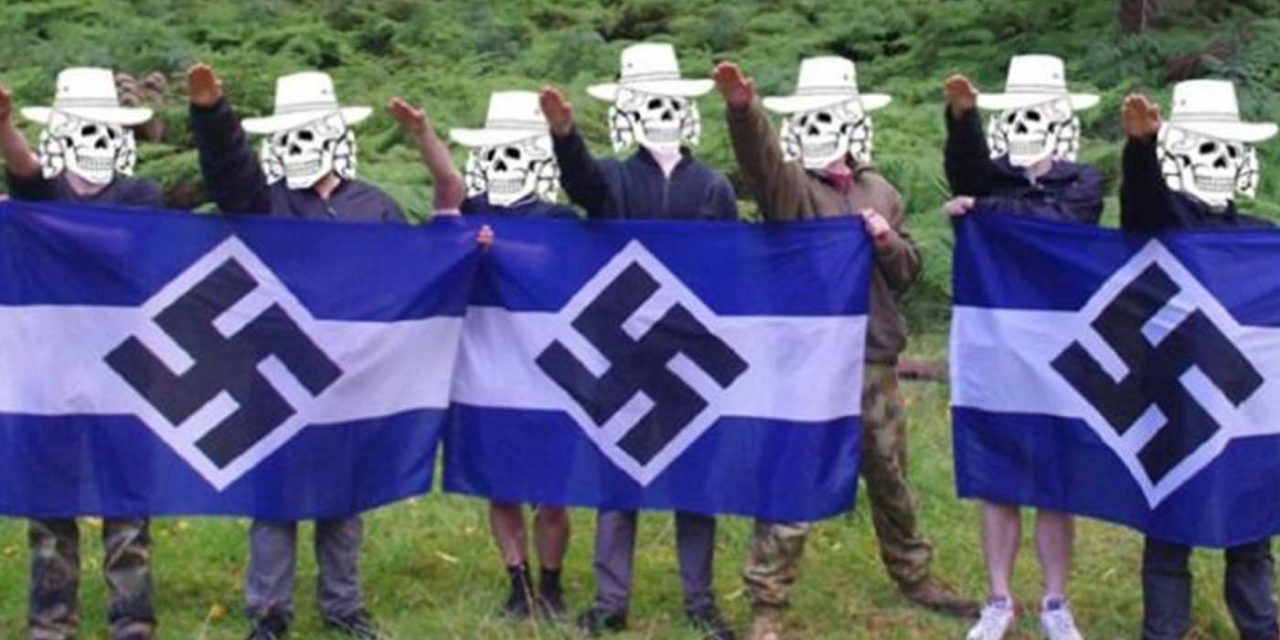 According to a report released by the Executive Council of Australian Jewry on Sunday, anti-Semitic incidents have increased by nearly 10% in the last year.

The last 12 months, ending in September 2017,  saw a 9.5 percent increase over the previous year in total anti-Semitic incidents in Australia involving threats or acts of violence, according to the annual Report on Antisemitism in Australia published by the ECAJ on Sunday.

It is alleged that far right extremist groups like Antipodean Resistance (pictures above) – and not religious groups – were named as the chief offenders in anti-Semitic assaults between September 2016 and September 2017.

The ECAJ,  and other Jewish community groups around the country logged a total of 230 anti-Semitic incidents during the period, including physical assaults, abuse and harassment, vandalism, graffiti, expressions of hate and threats communicated directly by email, letters, telephone calls, and leaflets.

The upsurge compares to a total of 210 such incidents logged over the course of the same time period last year.