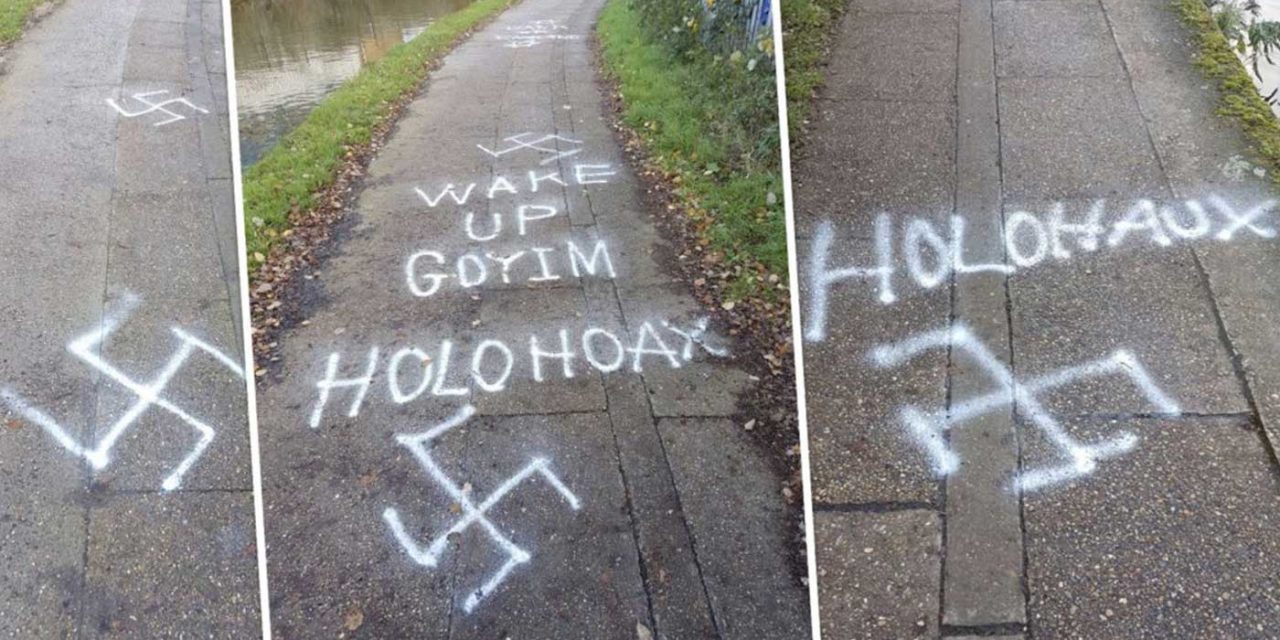 Police are investigating after more than 20 anti-Semitic and Holocaust denial messages were spray painted onto an approximately 400 metre stretch of footpath in West London.

Campaign Against Antisemitism reported the following:

The Metropolitan Police Service is seeking help from members of the public to determine when a shocking trail of antisemitic graffiti was daubed along 400 metres of the canal towpath between Kensal Green and Wormwood Scrubs in London.

The graffiti included swastikas, calls for non-Jews to “wake up”, and claims that the Holocaust was a “hoax” and that six million Jews were not murdered.

A local resident, Ben Riddle, came across the graffiti whilst jogging and told Campaign Against Antisemitism that he was shocked at how “brazen” it was, and “how much graffiti had been written”.

Shortly after Mr Riddle found the graffiti, it was discovered by a police patrol which called the local council to remove it. A police investigation has now been opened and police officers would like to hear from anybody who saw the graffiti so that they can narrow down when the vandalism occurred.

The graffiti is along the west side of the Car Giant complex along the canal towpath between Old Oak Lane and Scrubs Lane.

PC Shawn Ross told Campaign Against Antisemitism: “This hideous graffiti was discovered by local police on foot patrol today and that has triggered an investigation by Hammersmith & Fulham Police’s Community Safety Unit to track down those involved. I appeal to anyone who saw this incident taking place to come forward with more details of when it happened; by whom and from which direction they came/went. You can contact us via 101 (police non-emergency number) or tweet @MetCC who will gather more details via a direct (private) message. If you know who has done this and don’t wish to give your details then you can also contact Crimestoppers anonymously on 0800 555 111. The Metropolitan Police take this kind of incident very seriously and appreciate your assistance in the matter. There is no place for hate, especially in one of the most diverse cities in the world.”

The graffiti is sickening and affects a very large area, so we particularly hope that members of the public will step forward to assist.