Anti-Semitic graffiti daubed on walls in Torquay and Paignton 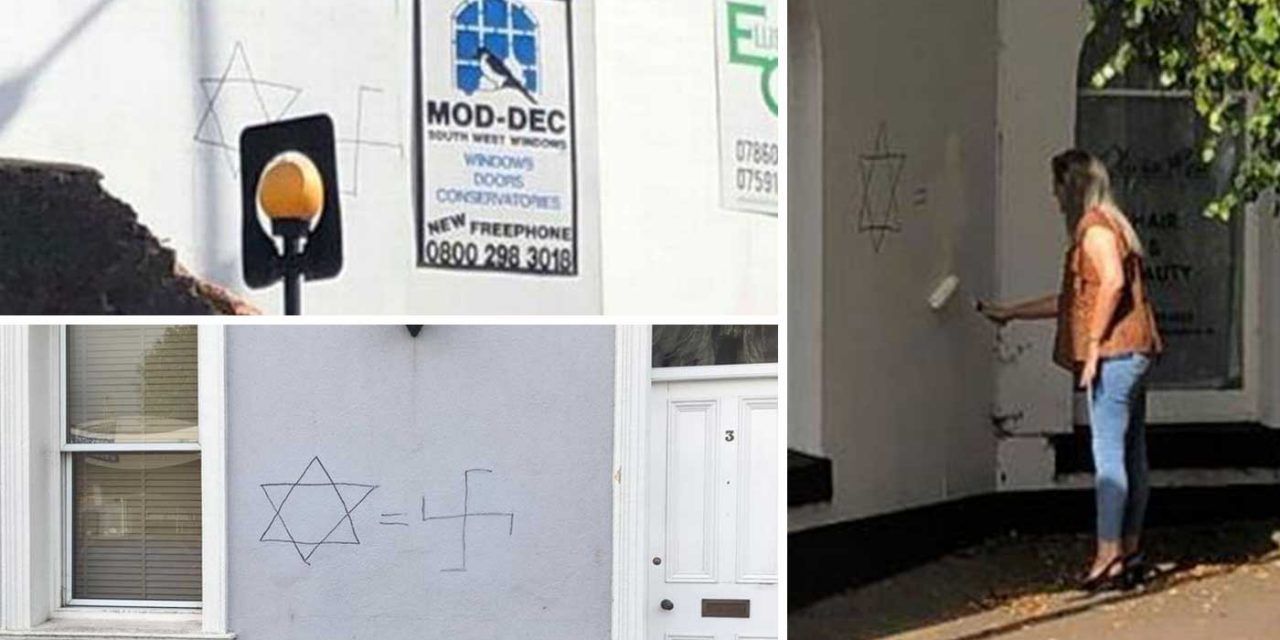 Residents of Torbay were left angry after someone daubed anti-Semitic graffiti on walls in Torquay and Paignton.

The graffiti shows a Jewish Star of David with the equals symbol, followed by the Nazi swastika. It is apparently saying that Judaism is Nazism, which is blatant anti-Semitism. The Jews, after all, were the main victims of the fascist Nazis who sought to eradicate the world of Jews. It is in fact the people painting this graffiti on the walls who are showing the same Jew-hatred that the Nazis espoused.

Police have confirmed they are aware of incidents and are investigating racially aggravated criminal damage at properties in Torquay. Members of the public now say they have seen more of the same symbol painted in Paignton.

Three different properties have been targeted near the Seascape Hotel in Torquay and another a beach shop in Paignton has been damaged with the same black paint and symbols.

One member of the public said: “This kind of nasty, racist graffiti has to be stopped – it’s been popping up all over the place. My friend saw it from the bus on a beach shop on Torbay Road in Paignton.”

Cafe owner Steffi Rox, who runs The Kind Grind in Lucius Street, Torquay, said: “One is on an elderly lady’s house and she is very upset. I was pretty horrified when I first saw it.

“It’s taken two coats of paint on the wall of the hairdressing shop opposite to cover it, but it’s not the same colour white and it looks bad.

“I was upset for the girl who runs the salon because she had spent a lot of money decorating her business and making it look nice last year.”

A Devon and Cornwall Police spokesman said: “Police are aware and are investigating reports of racially aggravated criminal damage in Torquay.

“The incidents of graffiti have been reported on Croft Road and Tor Church Road.

“Anyone who witnessed the incident and anyone with information is asked to contact police on 101 quoting CR/080254/19.”