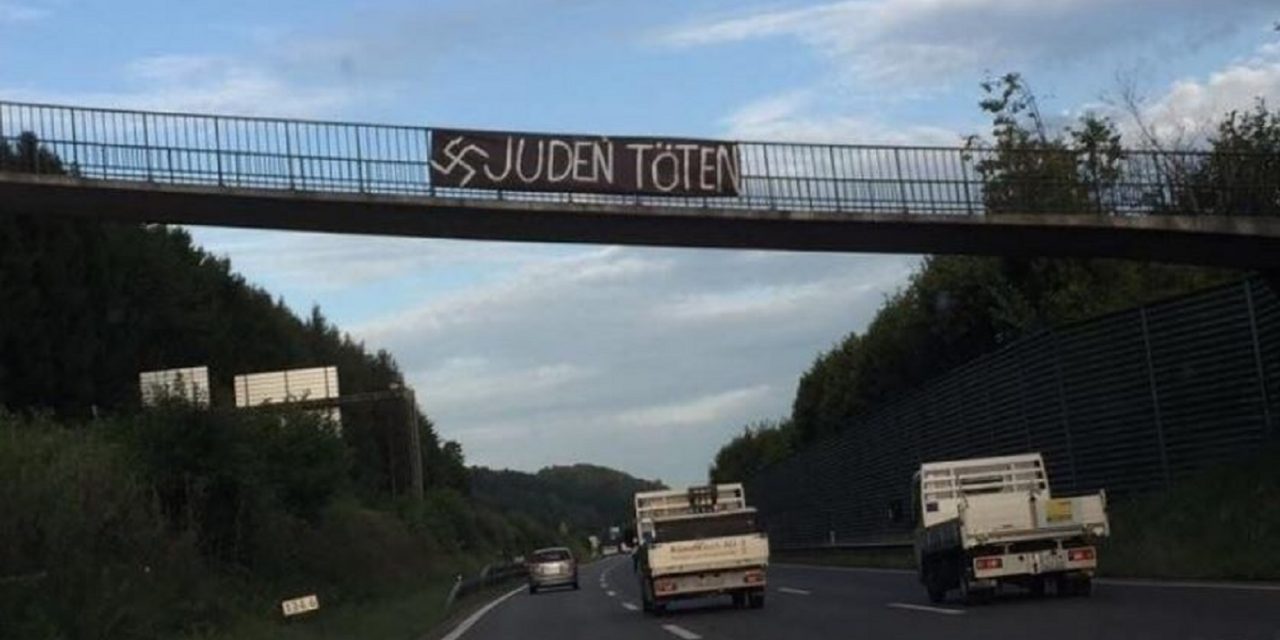 Anti-Semitic banners have been hung from several bridges over a popular highway in Switzerland.

Unknown perpetrators displayed banners from the railings, including a swastika and the German words “Juden töten” (“Kill Jews”). Another one reads “I love Hitler”.

A witness driving in the direction of Zurich on Friday morning, told Swiss media he had to look twice at the highway bridge near Reichenburg, saying “I could not believe it at first.”

The General Secretary of the Swiss Israeli Community Federation (SIG), Jonathan Kreutner, said, “On one of the posters, the murder of Jews is called. For us, this is far more than a bad joke.” 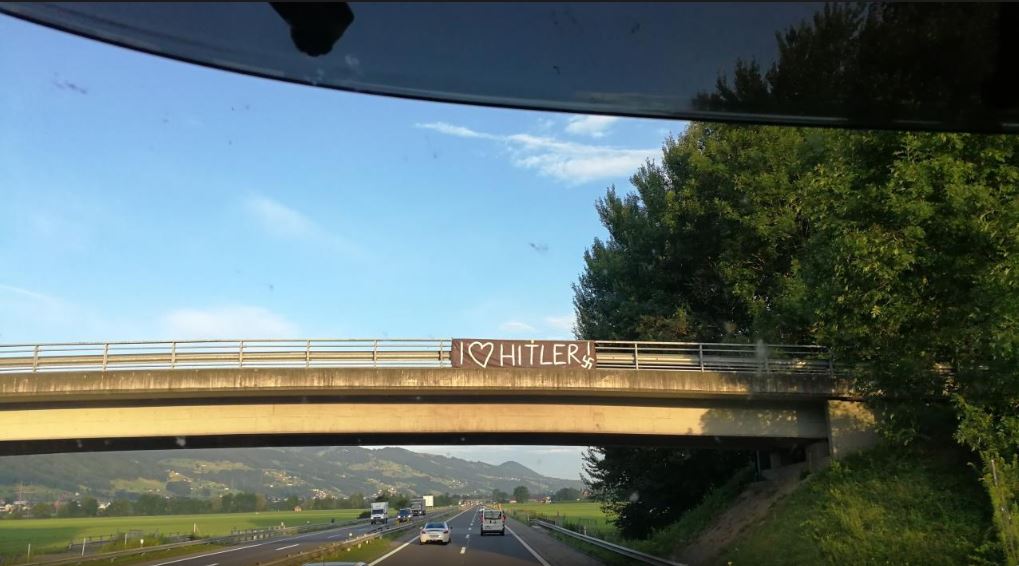