Anti-Israel lawyer arrested at Heathrow after “racist tirade” on flight 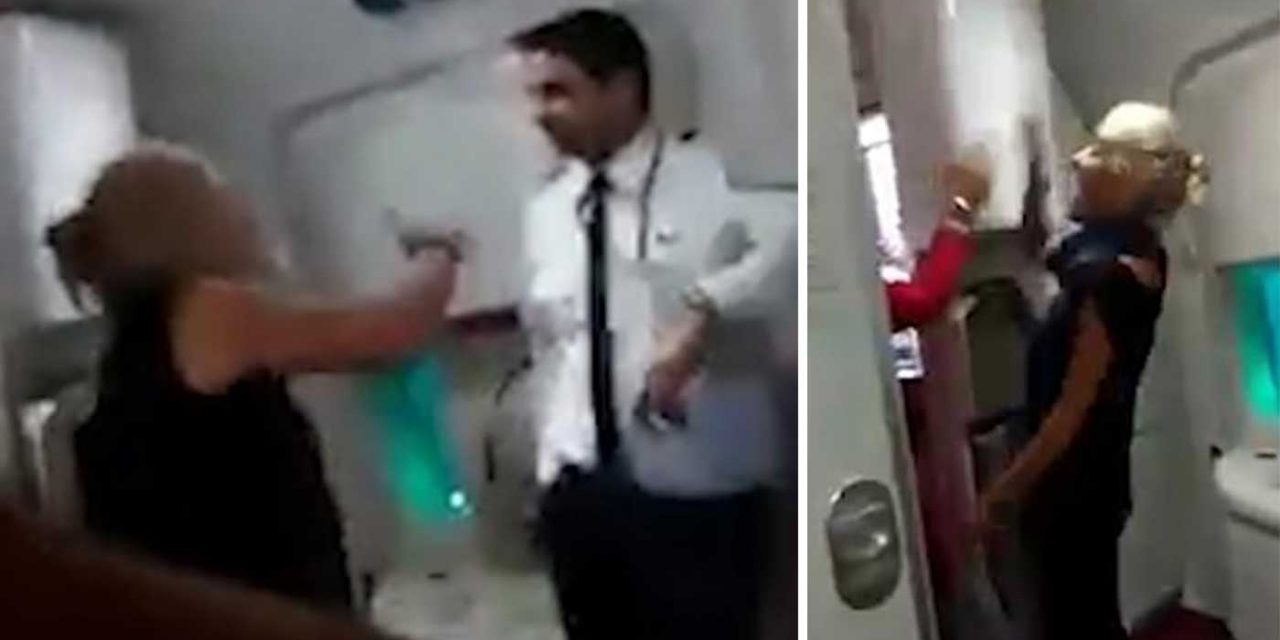 An anti-Israel lawyer has been arrested at Heathrow airport after a drunken rant on an Air India flight after she was refused a bottle of wine.

Simone O’Broin is a former lawyer for the BADIL Resource Center for Palestinian Residency and Refugee Right who has previously accused Israel of genocide, posted social media images of Palestinian terrorists and honoured them as “shaheeds” or “Islamic martyrs” and made racist comments online about Jews.

In the latest incident on an Air India flight from Mumbai to London Heathrow last Saturday, O’Broin was filmed racially abusing staff members and boasting of herself being a “leader of the ****ing boycott movement”.

Simone O'Broin, former @BADIL_Center lawyer who accuses Israel of genocide, arrested for drunken rant on Air India flight after they denied her more alcohol. "I'm a leader of the f***ing boycott movement! If I say 'Boycot f***ing Air India'—done!" https://t.co/ghSx0Nvg8B

The video footage shows O’Broin, who was travelling business class, hurling abuse at a crew member who is believed to be one of the pilots, shouting “I work for you ****ing people.”

“The ****ing Rohinyas, the ****ing people of all Asia, for you, I’m an international criminal lawyer.”

She also said she was a ‘leader of the ****ing boycott movement’, clapping in the air in front of the crewmember, before adding: ‘If I say “boycott” – ****ing Air India, done.

“Do you understand me? You can’t give me a wee bottle of wine?”

O’Broin appeared to be drunk in the video.

Irish lady behaves in such an abusive, racist way with @airindiain crew for being refused extra drinks. Very decent AI crew behaviour. Arrested on landing. Wonder if she should have been controlled onboard with handcuffs. @JitiBhargava @Mohan_Rngnathan pic.twitter.com/kSTDmGOEm5

The Israellycool blog managed to find Facebook posts from the boycott leader which showed her honouring Palestinian terrorists and having an anti-Semitic rant.

O’Broin is also friends with former Liberal Democrat MP and current member of the House of Lords, Baroness Jenny Tonge. 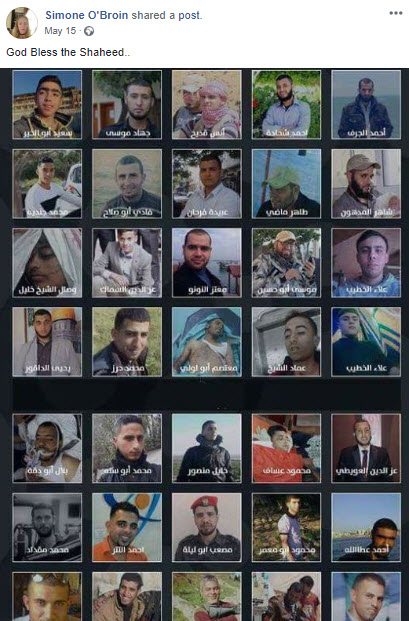 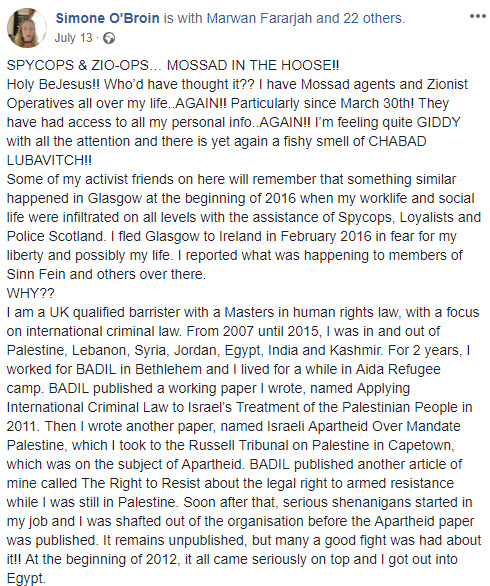