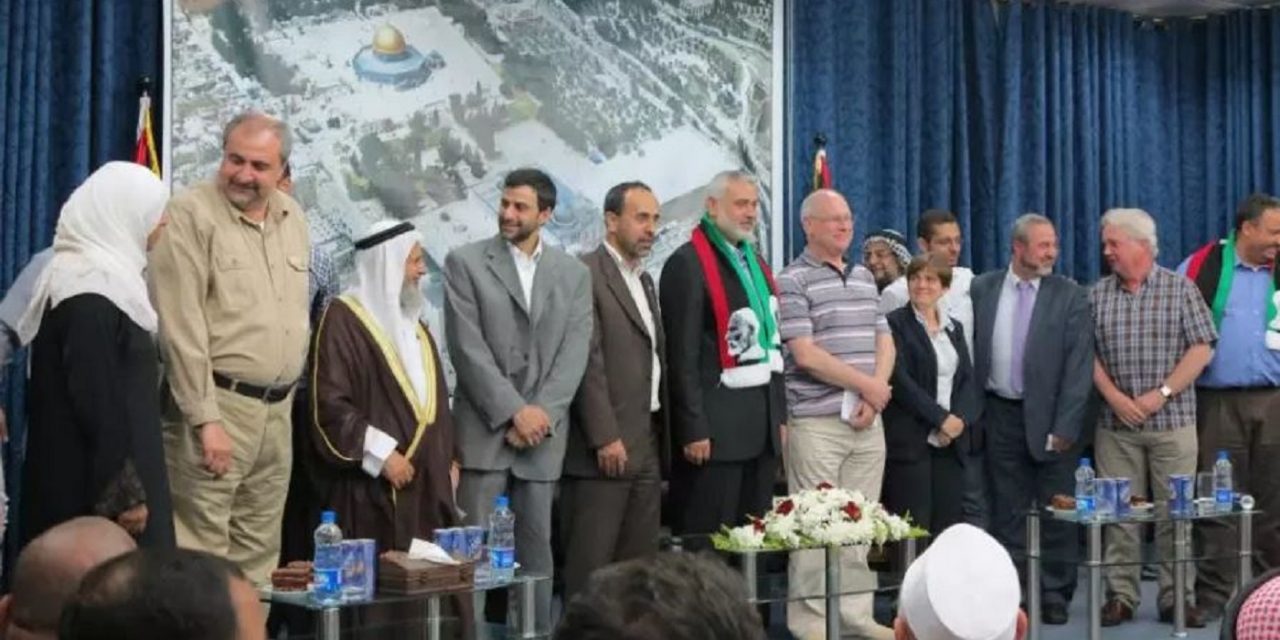 Israeli Minister of Strategic Affairs Gilad Erdan has written letters to London Mayor Sadiq Khan and British State for Security at the Home Office Ben Wallace on Tuesday, alerting them to links between the Palestinian Solidarity Campaign (PSC) and Hamas, ahead of a planned anti-Israel rally.

The rally is scheduled to be held on Saturday 4 November to protest against the centennial of the Balfour Declaration. Israeli Prime Minister Benjamin Netanyahu will be in London to mark the occasion and hold meetings with senior British officials.

“While this event is presumably about protesting the 1917 Balfour Declaration, it is being organized by several groups and individuals closely affiliated with Hamas, a murderous terrorist organization proscribed by the UK, EU, US and Canada,” wrote Erdan in the letters.

Notable attendees at the rally on November 4th include Ismail Patal, the founder of Friends of Al-Aqsa (FOA) which is an active pro-Hamas organization, and Hugh Lanning, PSC Chairman and speaker who has met with Hamas’s political bureau chief Khaled Mashaal.

The letters reference the recent adoption by the UK of a legal definition for antisemitism to be used as a working definition for protecting Jews. One of the manifestations included in the definition is “a certain perception of Jews, which may be expressed as hatred toward Jews.”

“I urge you to examine whether allowing an event organized by members and supporters of the murderous terrorist organization Hamas is consistent with the need to ensure an atmosphere free of incitement to terror and hate, as well as with the recent adoption of the International Holocaust Remembrance Alliance definition of antisemitism,” wrote Erdan.

“If the event does go ahead as scheduled, I would urge you to take every step necessary to ensure that it is free of incitement against Israel’s existence, and does not contribute to a hostile atmosphere for those who support Israel’s right to exist as the national home of the Jewish people,” he added.

Behind the rally is the Boycott, Divestment and Sanction (BDS) campaign, an organization whose activities are being increasingly ruled as illegal, including by 24 American states, French and Spanish courts.

Israel and Britain recently celebrated the centennial of the Balfour Declaration signing that began the creation of the modern state of Israel.