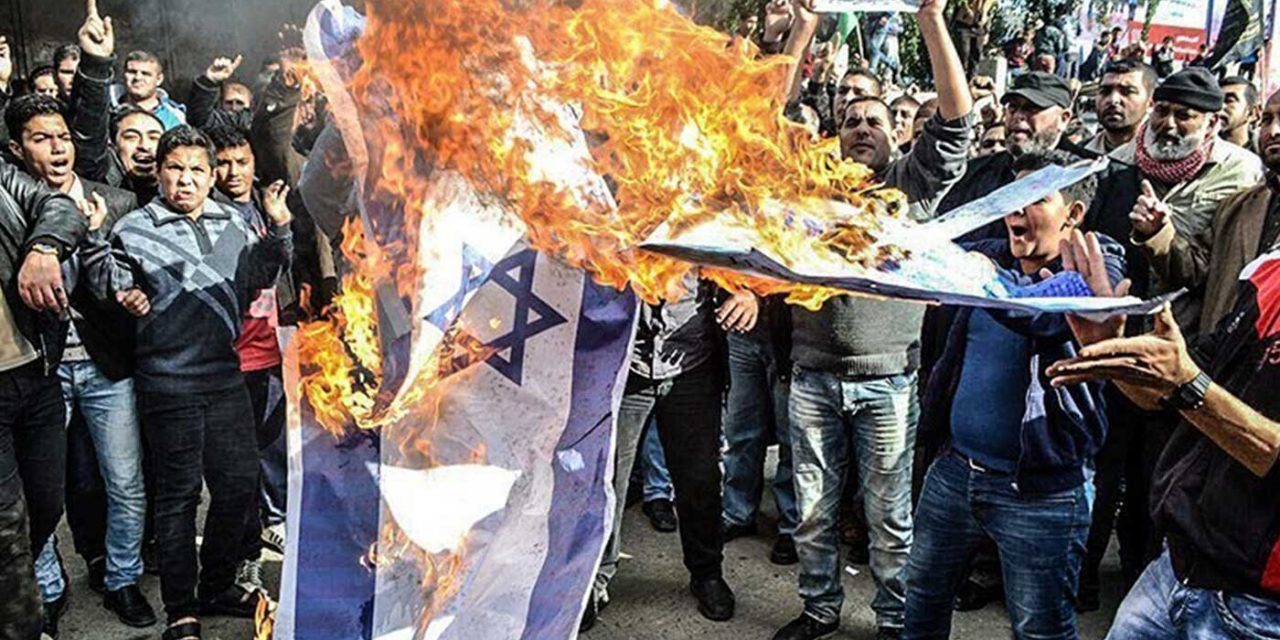 You have most likely heard of the report by Amnesty International which labelled Israel as “apartheid” and accused the world’s only Jewish state of committing “crimes against humanity”.

These false claims only serve one purpose; to damage the public image of Israel.

Thankfully, the facts on the ground refute Amnesty’s bogus claims. And importantly, so do some senior figures inside Amnesty International itself.

The executive director of Amnesty International Israel, Molly Malekar, a woman who believes in the cause of Amnesty but is also on the ground in Israel and sees the situation first-hand has sharply criticised the umbrella international organisation over its report. She says the document is not helping the situation and may even be making things worse.

Malekar argues that Amnesty, as an organization whose goal is to promote human rights, shouldn’t be concerning itself with theoretical definitions. She said that while Israel has issues to deal with, and she herself is highly critical of the Israeli government, she said it was wrong to release a report that used broad strokes to paint the entire country in one colour.

Rather, Malekar said it was important to detail what needs to change and what is being done correctly. Adding that the report obfuscates the work by humanitarian activists in the country who are deserving of recognition. In short, the report does nothing to help bridge the gaps between Israel and the Palestinians, it drives a wedge between them.

Another interesting point the Amnesty head in Israel brought up was an issue with the way Amnesty International treats antisemitism. Malekar says the organisation shies away from addressing antisemitism because it is concerned it will then be perceived as pro-Israel.

This is quite a startling admission and shows how Amnesty International is compromised in its mission to defend human rights.

Amnesty International is compromised in its mission to defend human rights. They are singling out the world’s only Jewish state and joining ranks with those demonising the Jewish state.
Amnesty is speaking about Israel in ways they speak of no other country, even those with dire human rights records. To pour salt in the wound, Amnesty is also refusing to speak out in defence of Jews worldwide from the very real threat of antisemitism.

It is no wonder that Amnesty’s report is being labelled ‘antisemitic’ or that the organisation itself is being called the same. After all, Amnesty’s actions are closer to the IHRA definition of antisemitism than Israel is to “apartheid”. In fact, there are many other regimes around the world who would suit that definition ahead of Israel.

Unfortunately, Amnesty’s response to this type of criticism is not to reflect inwardly but to double down on their false claims and paint themselves as the victim.

A UK spokesperson for Amnesty went as far as claiming they were being targeted by “smear campaigns by the Israeli government and their supporters.”

It seems Amnesty is projecting what it is doing onto those challenging its position. The only smear campaign evident is the campaign that Amnesty is running against Israel. Amnesty is constantly painting Israel as an evil of the world while Palestinian terror groups and extremist leaders fail to get a mention from the alleged human rights defenders.

Meanwhile, in the real world, Israel is continuing to prove their haters wrong.

There are countless stories disproving the lies of the Amnesty report. Israeli Arabs are speaking out against it. And even Amnesty’s own people, as shown above, are challenging the narrative.
Experts are also disproving Amnesty’s lies.

A new report by the Economist Intelligence Unit (EIU) puts Israel in 23rd place in the world league table of democracies. It was listed just under France and beat countries like Spain, Portugal, Italy and the United States.

Norway topped the list of democracies, and it is only Norway and Israel that scored top marks for “Political Participation”. Which is surprising, because in an ‘apartheid state’ there would be restrictions on who can vote, surely? However, in Israel, they have proven that everyone has an equal vote, Jews, Arabs, Druze, Muslims, Christians, Jews, and Atheists. You name them, they have a vote in Israel.

Moreover, the report stated that Israel is the only democracy in the Middle East. That’s right, the only true democracy in the entire region. All other countries in the region are described Hybrid Regimes or Authoritarian.

It is important to point out that this report has nothing to do with pro-Israel organisations. It is a neutral and unbiased report that lists countries based on how free a democracy they have. It even includes non-countries, like ‘Palestine’, which is listed as ‘Authoritarian’, ranking 106 out of 160.

The truth is that Israel is far freer for Arabs to live in than any nation surrounding them. And regardless of smear campaigns, Israel will always treat every citizen fairly.

Winston Churchill was famously quoted as saying, “A lie gets halfway around the world before the truth has a chance to get its pants on.”

This is exactly what happens with the smear campaigns of anti-Israel activist groups, such as Amnesty International. The lie that Israel is “apartheid” has been carried by news websites around the world. Yet the truth, such as the EIU report above, barely make a splash even in the most pro-Israel circles.

That’s why it’s so important to keep defending Israel.

The tragedy in all of this is that Amnesty has been a force for good when it isn’t being driven by politics and biased agendas. The work of the organisation has helped people who are victims of real human rights abuses. But their attitude towards Israel is nothing short of a smear campaign fuelled by lies and propaganda.

The only reason Amnesty is attacking Israel is to damage Israel.