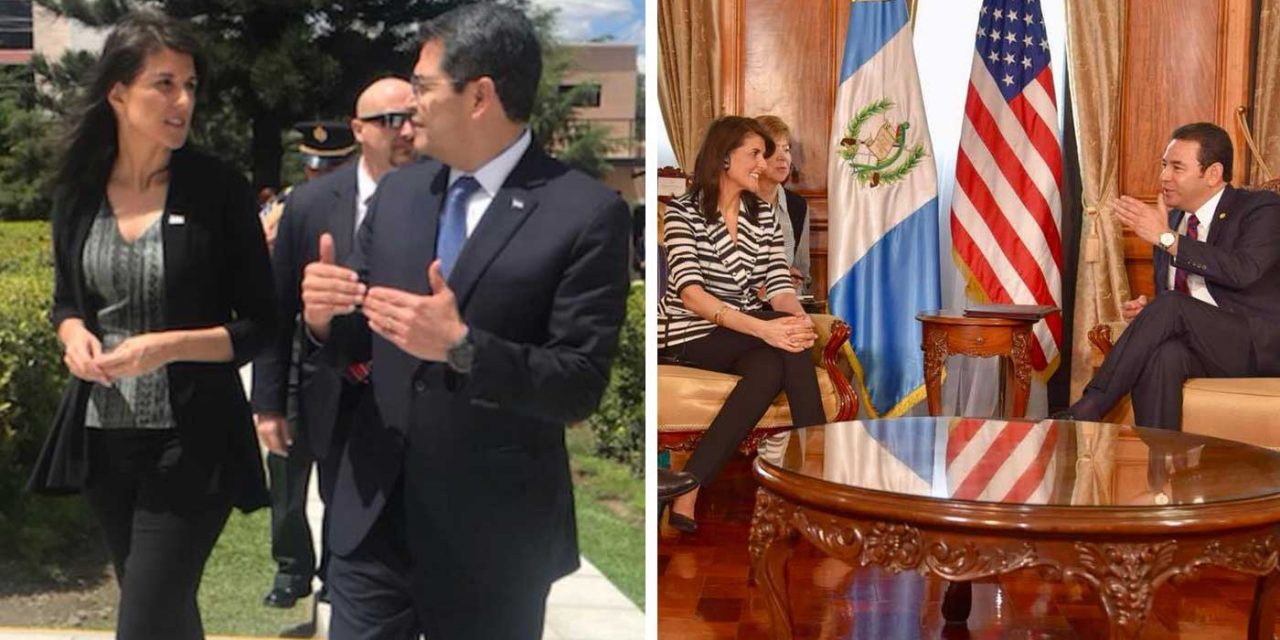 US Ambassador to the United Nations, Nikki Haley, has travelled to Honduras and Guatemala this week. Among the many things she discussed with the countries leaders, she also thanked both of them for supporting the United State’s decision to move their Embassy in Israel to Jerusalem.

“As the US ambassador to the UN, I want to thank the president and the people of Honduras for supporting our decision to move the embassy to Jerusalem,” Haley said at a press conference in Honduras with President Juan Hernández.

She thanked the Central American country for voting against a resolution in the UN General Assembly, backed by 128 other nations, that condemned the decision to move the American embassy in Tel Aviv to Jerusalem. Honduras was one of eight countries to have voted with the U.S., the others being Guatemala, Israel, the Marshall Islands, Micronesia, Nauru, Palau and Togo.

“That was one that was not an easy decision for any country to have to vote on,” Haley observed.

“But the people of Honduras stood with us in being able to make that decision for ourselves and decide where we want our embassy, and to know that that’s our right,” she added.

In Guatemala, Haley thanked President Jimmy Morales for not only supporting President Donald Trump’s decision to move the U.S. Embassy to Jerusalem, but also for the President pledging that his country will do the same.

Guatemala was one of nine nations that sided with the United States in a U.N. vote condemning the decision. Morales’ government later announced it would also move its own diplomatic mission in Israel, though it has not given a timeline for a move.

Morales met in Washington in early February with Donald Trump, who at the time also expressed gratitude for his support on the embassy move.