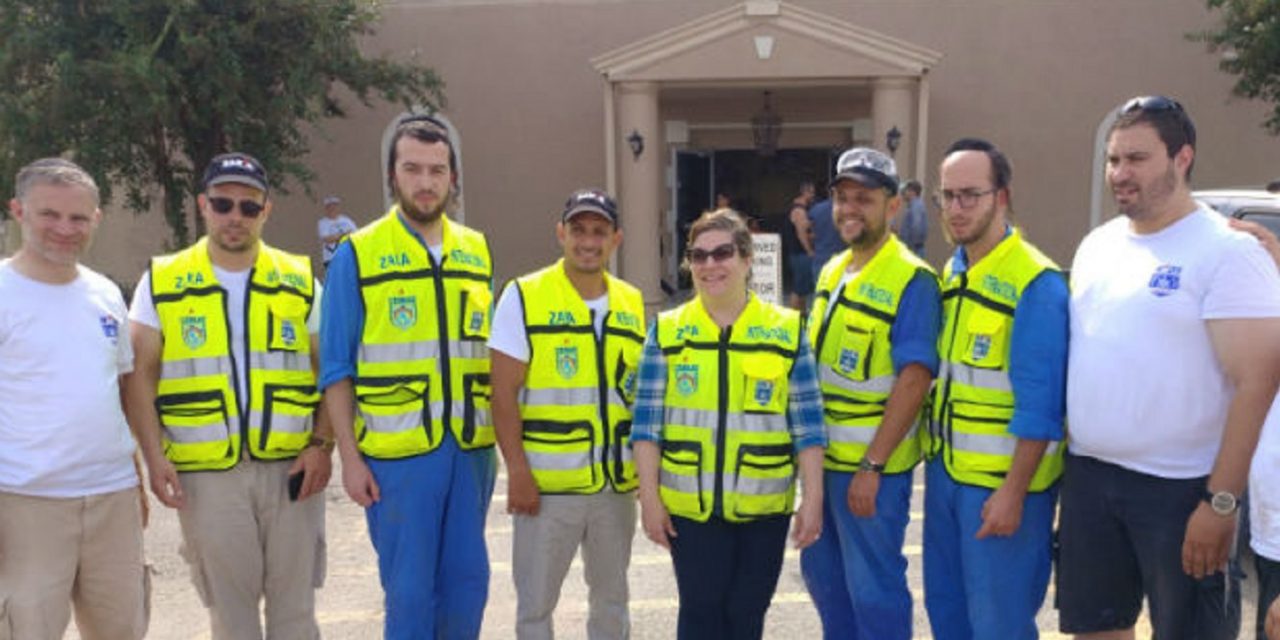 An Israeli search and rescue team is helping churches damaged by flooding during Hurricane Harvey.

Volunteers with ZAKA, which is run by Israeli Orthodox Jews, are helping with the restoration of Gulf Meadows Church, which is in an area of Houston that reported several dozen rescue requests during the storm and subsequent flooding.

The church, which is pastored by Joe and Becky Keenan, has had its building severely damaged by the flooding many of their congregation have also been affected.

Becky Keenan said, “We are blessed and privileged to number one have anybody come from Israel, but secondarily to have religious people come with shoulder to shoulder help, we are honoured beyond belief.”

What the Israeli volunteers may not have realised is that the church held America’s first ever Hispanic Night to Honour Israel in 2011 in which CUFI Founder, Pastor Hagee addressed 1000 Christians and 100 Jews who had gathered in support of Israel.

ZAKA Chairman Yehuda Meshi-Zahav, says he is proud of the hard, physical work his volunteers are performing for everyone in need in Houston. “Our sages tell us that God created man in his image. Not just Jews, but all men,” he added in a statement.

Noting that the Christian community in the US is very supportive of Israel, Meshi-Zahav expressed his pleasure that ZAKA volunteers are able to deliver help from the Holy Land when it is most needed.

“As a humanitarian organization, we help all those in need, regardless of religion, race or gender,” noted ZAKA Chairman Yehuda Meshi-Zahav. “Today, our team contacted Pastor Becky Keenan from the Gulf Meadows Church, and we are working with the Christian community in the area as well. It was particularly meaningful for Pastor Keenan that a team from the Holy Land has come to offer help.” 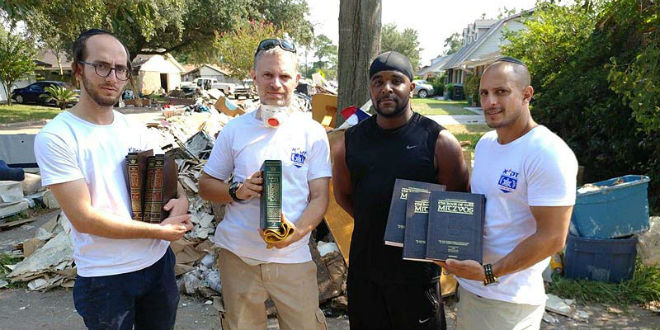 Israeli volunteers with Adrian and his Jewish books

Adrian was one of the members of the evangelical church that the Israeli team helped.

It was almost a week after the hurricane had flooded his home, and Adrian was finally able to return. “The moisture had turned the house into a swampland,” he told Joshua Wander, one of the ZAKA Israel volunteers. And yet, miraculously, the Jewish texts, which have withstood almost 2,000 years of exile, have also stood up to Houston’s flood waters.

He explained how the only treasure that survived Hurricane Harvey’s flood damage in his home was his prized library of Jewish inter linear Hebrew/English study texts and Bibles.

“All my secular books were destroyed, but the pages of these books are still dry, still usable and without any mold,” the grateful Adrian said.

Adrian said he studies the texts to better understand the Jewish people, to seek “cohesion between Jewish and Christian communities. We are trying to build a bridge here.”

“Everybody is very surprised and happy that such a big team from Israel came to help them. And we were surprised to find so much to do,” he said.

“To see such a disaster happen to so many people is really shocking. You see huge stores like Target closed because they’re all flooded,” said Wertheimer, a Jerusalem father of three young children. “We committed to staying 10 days at least. Fortunately or unfortunately, we Israelis have a lot of experience and know how to help.”