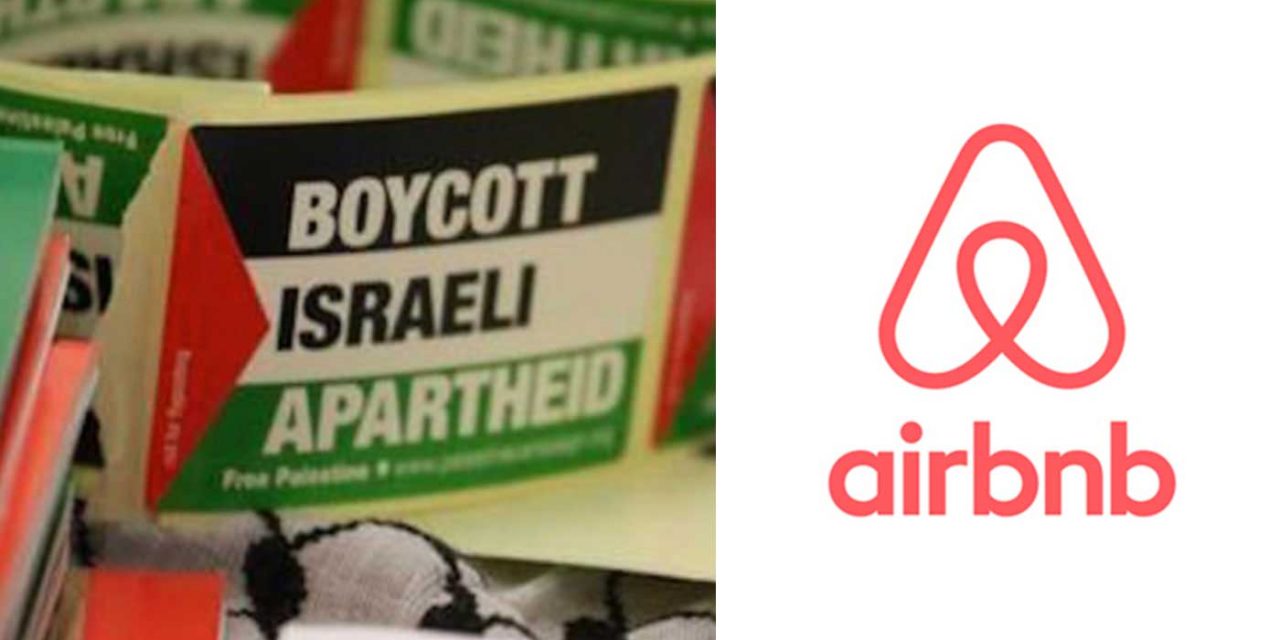 (JPost) Airbnb agreed to boycott West Bank settlements when it removed rental listings on Monday in Judea and Samaria from its popular website, even though US law does not bar such posts.

This is a “disgraceful” and “miserable” decision, said Levin as he called on the company to restore the listings.

Airbnb posted a notice about the policy chance on its website, explaining that issue were some 200 listings. It noted that in coming to this decision it has weighed the pros and cons of such a move.

“There are conflicting views regarding whether companies should be doing business in the occupied territories that are the subject of historical disputes between Israelis and Palestinians,” the company said.

“We spent considerable time speaking to various experts — including those who have criticized our previous approach — about this matter. As a global platform operating in 191 countries and regions and more than 81,000 cities, we must consider the impact we have and act responsibly,” Airbnb said.