After Corbyn defeated, Gove tells British Jews: “You should never have to live in fear again” 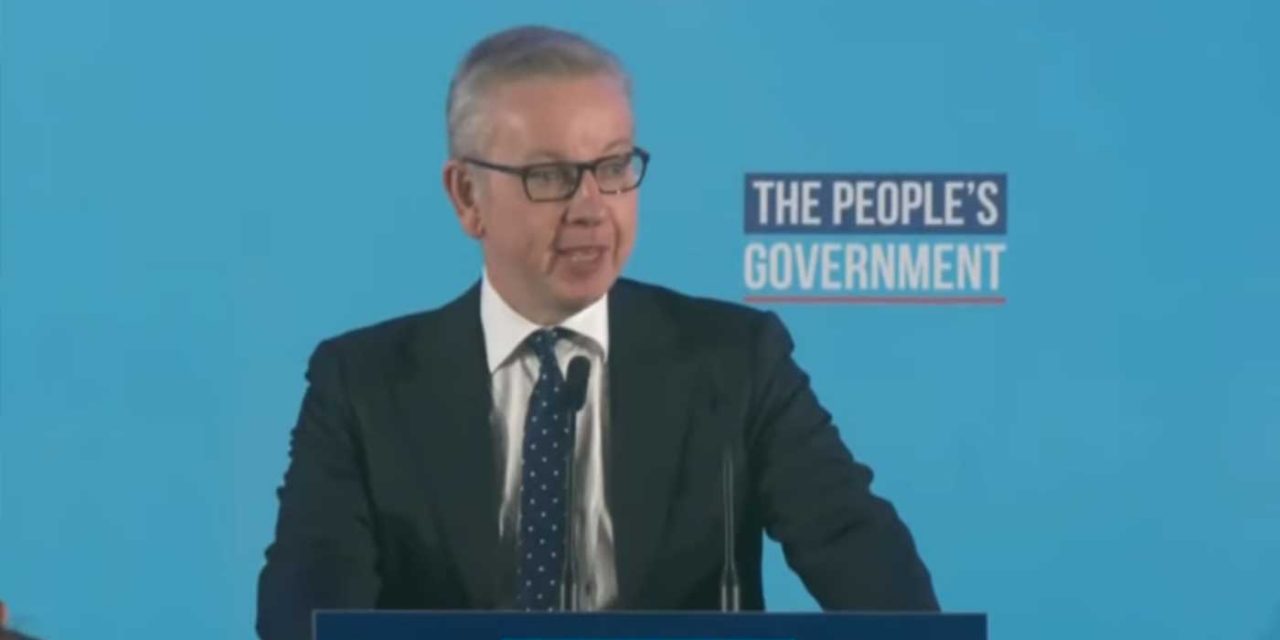 Conservative MP Michael Gove had a special message for Britain’s Jewish community during a speech he made before Prime Minister Boris Johnson took to the stage following the Conservatives thumping victory over Labour at the General Election on Thursday.

Gove said, “Our fellow citizens reminded us why this is such a wonderful country because they comprehensively rejected Jeremy Corbyn’s politics of division, extremism and antisemitism

In a direct message to Britain’s Jewish population: “I also want to say something to a very special group of people, our Jewish friends and neighbours.

Michael Gove tells British Jews "You should never have to live in fear again".

Michael Gove has told British Jews:"I also want to say something to a very special group of people, our Jewish friends and neighbours."You have had to live in fear for months now concerns we will have a prime minister who trafficked in anti-Jewish rhetoric and embraced anti-Jewish terrorists. You should never have to live in fear again."#AntiSemitism #ChristiansAgainstAntiSemitism #CUFI

Posted by Christians United for Israel – UK on Friday, 13 December 2019

Mr Gove credited former Labour MPs who had left the party over anti-Semitism and had campaigned to get the Conservatives elected to stop Corbyn, saying “Your victory is our victory”.

The Tories were achieved a huge majority over the Labour Party. Following the result, Mr Corbyn declared he would quit as Labour leader after the party has a “period of reflection.