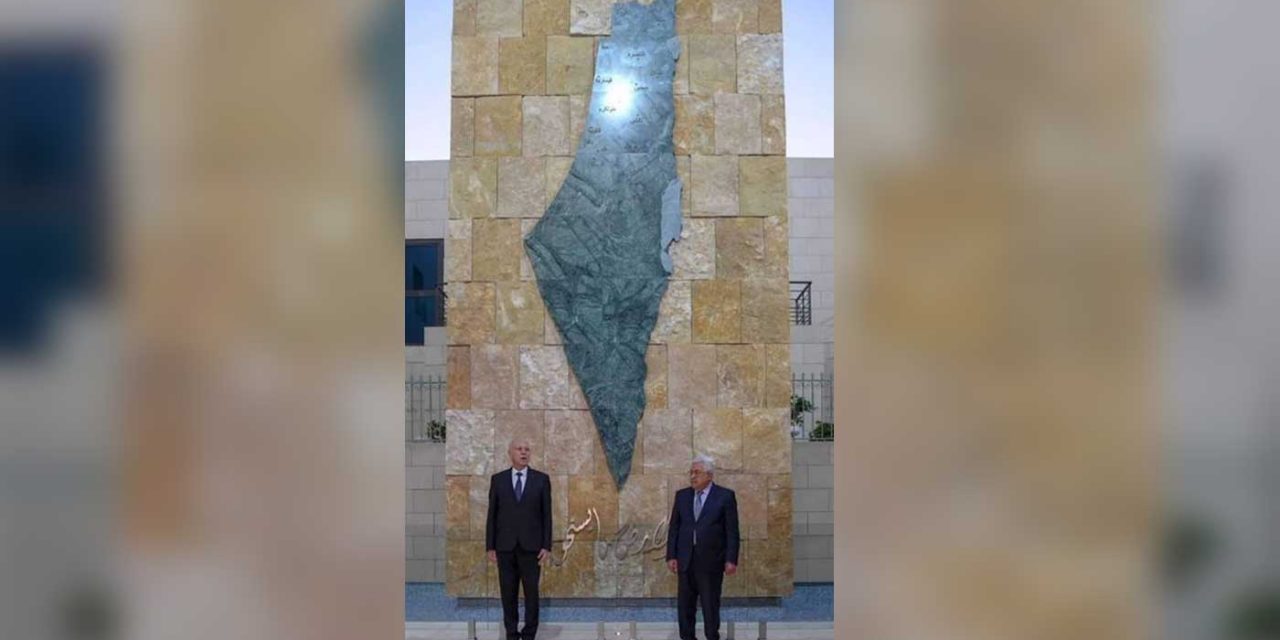 The Tunisian capital, Tunis, is now home to a brand new Palestinian Embassy. However, there is one feature of the building that may raise some eyebrows.

Tunisian President Kais Saied and Palestinian Authority President Mahmoud Abbas inaugurated the Palestinian diplomatic mission last week and were given a guided tour of the architectural features of the building. 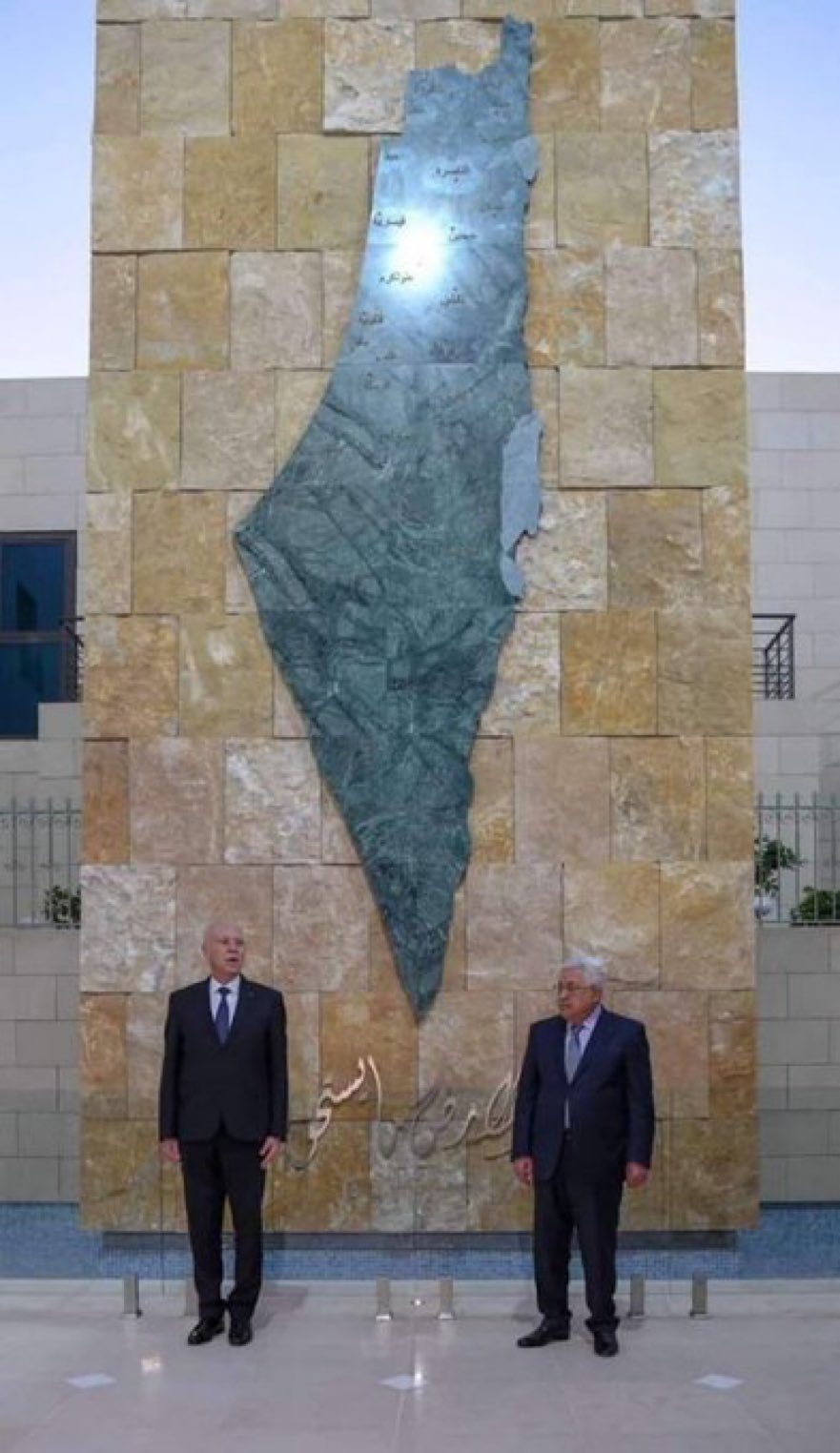 One striking feature they posed in front of was what is supposed to be a map of ‘Palestine’, however, it instead shows a complete map of Israel.

Israel is a sovereign state, its borders and very existence are protected under international law. The Palestinian territories, however, are actually still under Israeli control and must be negotiated separately and given to the Palestinians by Israel before they become recognised borders under international law. However, the believed borders of the Palestinian territories are what is known as the West Bank (Judea and Samaria) and Gaza.

You would think then that a Palestinian embassy would display a map of the Palestinian territories instead of the entire map of Israel. But it points to the reality that the Palestinians don’t want peace with Israel, they want Israel to turn into ‘Palestine’.

Abbas’s Fatah party, which is the leading political party within the Palestinian Authority, also includes the entire map of Israel on its flag. And as you know, the Palestinian chant, ‘From the River to Sea, Palestine will be Free’, also depicts Israel being wiped out and becoming a Palestinian state.

This viewpoint is anti-Israel, goes against international law, and most importantly, is anti-God. The land of Israel was given to the Jewish people by God as outlined in the Bible. And it doesn’t only include the man-made borders of modern-day Israel.

While Israel has long said it is willing to trade land for peace (and have put this into practice with Gaza) the Palestinians have never shown a willingness to make peace a reality. They instead long for the entirety of Israel to be ‘Palestine’. And everyone knows you cannot make peace with someone who wants to wipe you off the map.