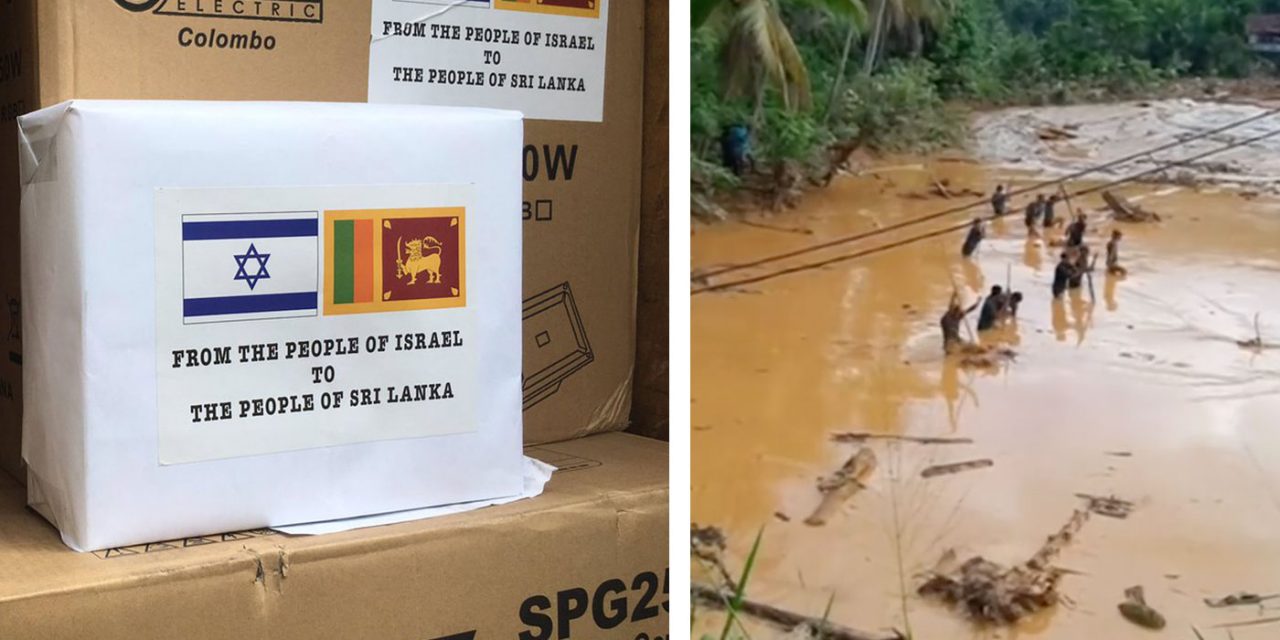 Israel has delivered emergency supplies to Sri Lankan authorities as they struggle to cope with the impact of floods and mudslides that have killed over 200 people and displaced more than 600,000 from their homes in recent days.

More than 1,500 homes have been destroyed and 16 hospitals evacuated since heavy rains began to hit southern and western areas of the island on Friday. As many as 99 people are missing, according to Sri Lanka’s Disaster Management Center, and the death toll is expected to rise as authorities try to rescue those still stranded.

Foreign Minister Ravi Karunanayake said 16 countries, including Israel, had sent medicines and relief supplies to assist those driven from their homes.

Mudslides have become common during Sri Lanka’s summer monsoon season as forests across the tropical Indian Ocean island nation have been cleared for export crops such as tea and rubber. Another massive landslide a year ago killed more than 100 people in central Sri Lanka.