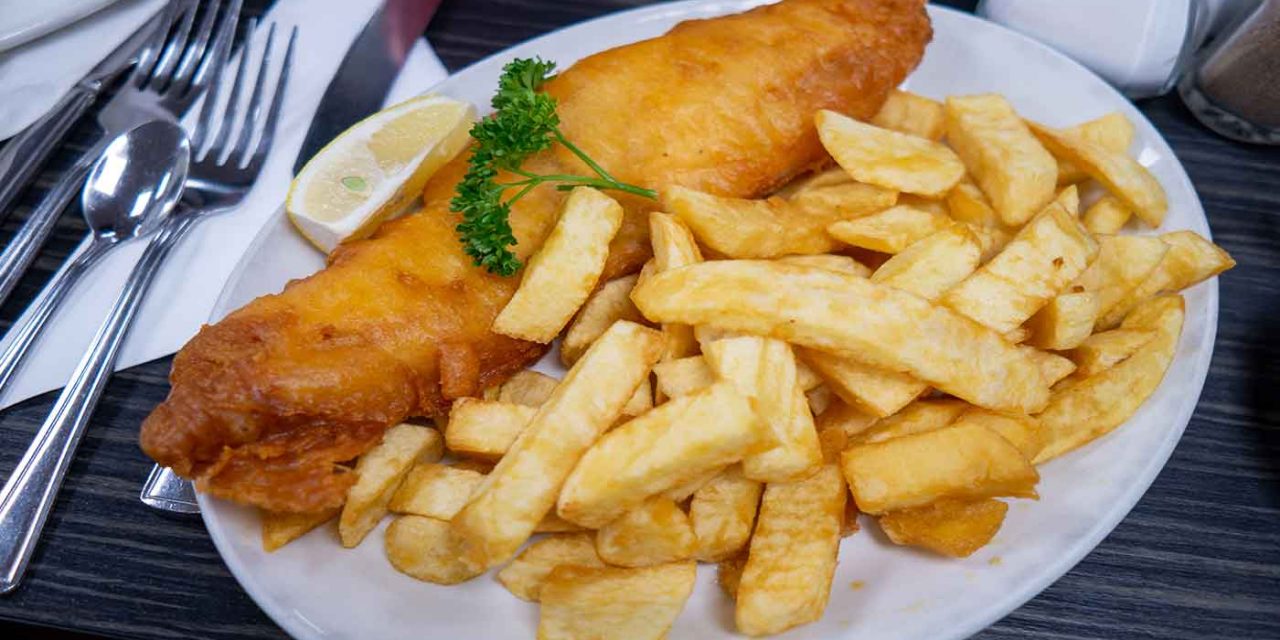 From The Two Ronnies to Del Boy and Rodney, Britain has always loved a good double-act. However, there has arguably never been a more famous duo than the humble fish ’n’ chips.

Winston Churchill referred to them as “good companions” and they were one of the few foods to avoid being subjected to food rationing in both World Wars – the dish was so embedded in the nation’s culture that the government saw any limit to their availability would damage the country’s morale. Also in WWII, during the D-Day Landings, British soldiers used the national dish to identify each other on the field of battle. Soldiers would call out “fish” and listen out for “chips” in response.

Today, Britons consume more than 382 million portions of fish and chips every year and spend over £1.2 billion in over 10,500 fish and chip shops around the country. It is clear then that fish and chips are the undisputed national dish of Great Britain. A dish which fuelled the industrial revolution, helped Britain win two World Wars and is instantly recognised around the world as a symbol of Britain.

But where did it all begin?

Well, as the title suggests, fish and chips is another thing we have to thank the Jews for as it was Jewish immigrants who first introduced fried fish to Britain. Fleeing the persecution of the Spanish Inquisition in the 1500s the Jews sought a new life in England. Settling in East London, the Jewish community, not wanting to face any further problems, hid their Jewish identity from their neighbours.

At the time, one of the popular traditions amongst Christians was to abstain from eating meat on a Friday, as per the church’s instructions. This resulted in most British families eating fish on a Friday.

On a side note, this command resulted in some rather amusing rules being created by the church to accommodate some wealthier families who wanted more variety at their dinner tables on a Friday. One example was the church re-classifying duck as a fish, “because it swam on water”.

Going back to the Jewish traditions, the Torah commands that Jews are not allowed to work on the Sabbath (from sundown on Friday evening to sundown on Saturday evening) and that includes cooking. As a result, Jews developed various cooking methods to preserve their food for longer, meaning they could cook their meal on Friday morning and have it stay fresh throughout the Sabbath.

To do this with fish they developed the method of battering their fish in flour and breadcrumbs and then deep frying it in oil. The batter and oil preserved the fish for longer so it could be enjoyed fresh on the Friday night and throughout the next day. It was also very tasty. And, because it was fish, it meant they were keeping with the church’s instruction and thus kept up the appearance of being just like any other family in Britain. Their Jewish identity was kept secret.

Over time the Jewish community were able to express their Jewish identity more freely, but the treat of fried fish remained. It grew from just being a Sabbath treat for the Jews to being something commercially sold in London. As the popularity grew, the breadcrumb coating was replaced with the batter we know and love today.

Charles Dickens was one of the first people to write about this fried fish. When describing a scene of East London in Oliver Twist (1839), Dickens refers to an early fish shop or “fried fish warehouse” as he put it. In those days, street sellers sold the fish from large trays that they hung around their necks. The fish generally came with bread or baked potatoes.

Charles Dickens was also one of the first people to mention chips in his writing. He wrote about “chips of potato, fried with some reluctant drops of oil” in a Tale of Two Cities in 1859.

It is funny to think that Dickens was one of the first people to write about fish and chips, but he mentioned them separately in two different books and two decades apart from the other. This is because the famous double act we know and love today were pursuing solo careers on dinner tables across Britain when Dickens wrote his novels.

Oddly enough, the chip may have been invented as a substitute for fish, rather than an accompaniment, but when fish and chips finally came together it was again a Jewish immigrant who made it happen.

Joseph Malin opened the first combined fish ’n’ chip shop in East London at around 1860. And it is again said to have been thanks to a fish shortage. Joseph started selling fried potatoes slices when his stocks ran out. It is said that when his fish was back in stock, customers ordered both fish and chips together, so he combined the two and the nation’s favourite dish was born.

In 2015, Boris Johnson visited Israel and spoke of Jewish innovation, stating the connection between the two countries.

“Sometimes it is the synergy between the London environment and Jewish brilliance that produces the best results,” Mr Johnson said. “We gave you the Balfour Declaration,
you gave us Fish and chips.”

There are few things more special than visiting the seaside on a cold, wet day and tucking into a warm and crispy portion of fish and chips. It is an experience every British person can relate to. And the next time you enjoy this fried treat, remember, we have the Jewish people to thank for it.

The UK has accused the UN of downplaying "the scourge of antisemitism", voting against a UN Human Rights Council resolution that approved the notorious anti-Israel “Durban...
Read More

Sir David Amess MP tragically lost his life today after being stabbed while meeting with constituents in Leigh-on-Sea.While much will be said about Sir David Amess over the coming days,...
Read More

Iran has blamed 'the Zionist entity' for the killing of protesters that took place in Beirut on Thursday.The clashes in Beirut began in the largely Christian neighbourhood of Ain...
Read More

A church has made a 'terrible mistake' by burying the ashes of a notorious anti-Semite in the empty grave of a Jewish music professor. Last Friday, 48-year old neo-Nazi Henry...
Read More