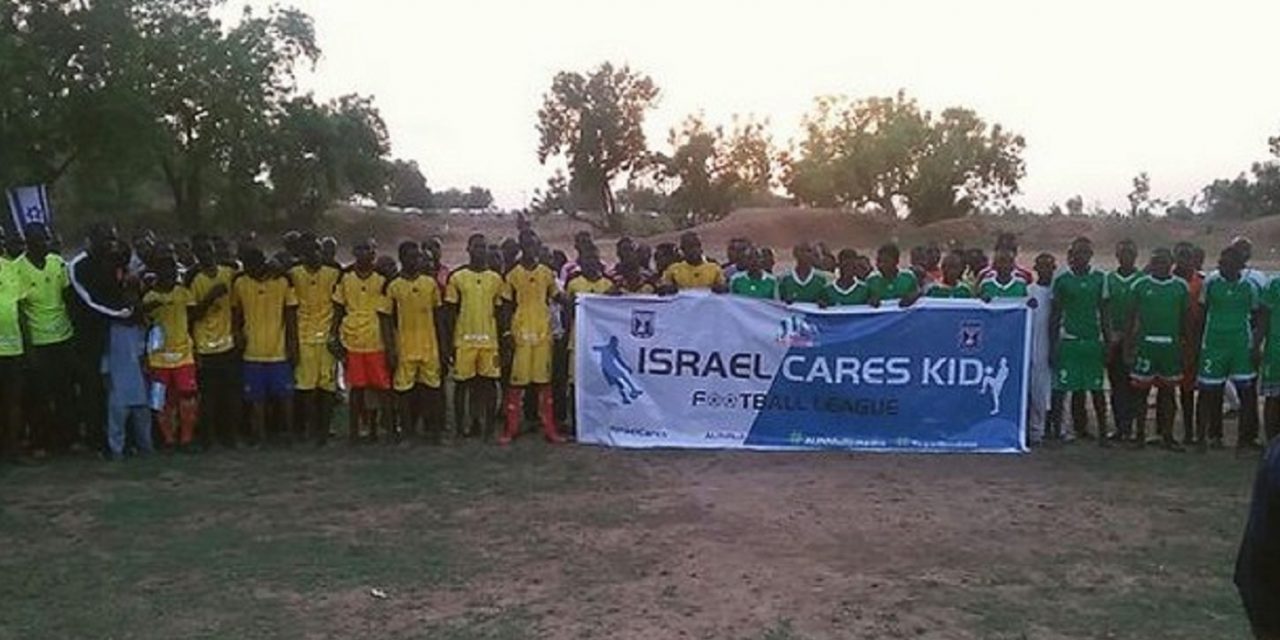 Ambassador Guy Feldman used the money initially allocated for the party to buy uniforms for 225 children from three refugee camps in the Nigerian state of Adamawa, which borders Cameroon. The funds were also used to purchase balls and hire coaches and judges. The children, ages eight to 12, were divided into 10 teams that played each other for a week.

In addition to the soccer league, the money saved from canceling the reception will be used to pay tuition for the children’s schooling in the camps for an entire year.

According to a recent United Nations report, Boko Haram has killed more than 3,900 children over the last four years, and injured more than 7,300 and kidnapped more than 4,000 children from northeastern Nigeria.

“Our intention was to bring a message of hope to the children, which is also the Zionist message,” Feldman explained. He named the league, “Israel cares—Kids’ Football League.”