Israeli woman discovers 1,500-year-old artefact whilst wading in the Sea of Galilee 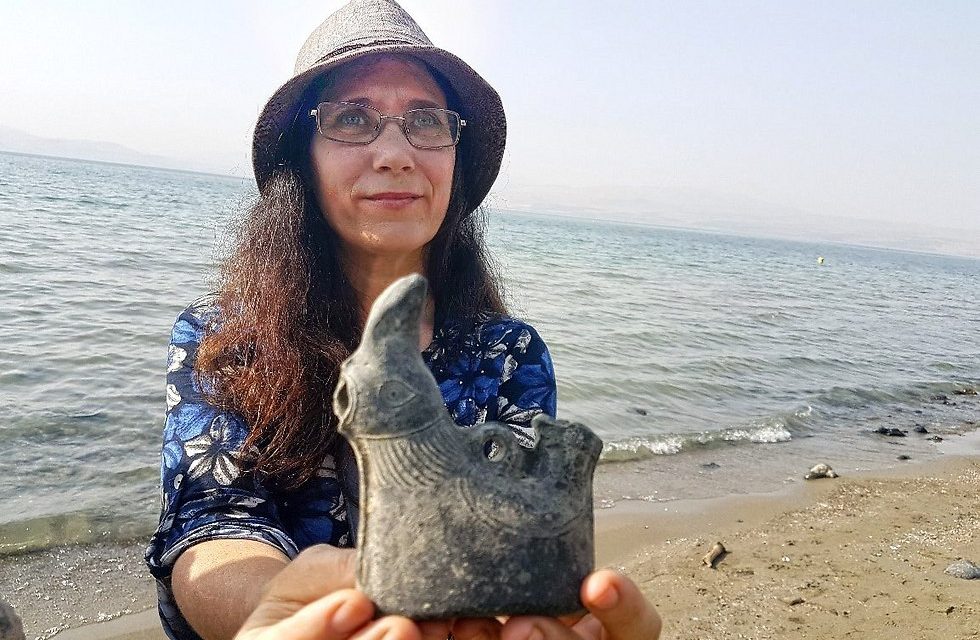 An Israeli woman has discovered an ancient chicken ornament thought to be a 1,500-year-old relic that was used during early Christian funerals.

Tal Fastman, from Jerusalem, was on holiday with her family in the Kineret, otherwise known as the Sea of Galilee, and was wading through the lake’s shallow waters when she made the discovery. Something caught her eye in the water and when she picked it up she discovered what looked like a chicken. She contacted the authorities with her discovery and was intrigued to find the artefact was a genuine ancient relic.

“It seems like the lake’s low water levels facilitated this find,” said Yoav Tzur, an archaeologist for the Israel Antiquities Authority. “It’s a rare and precious object, that most likely fell off of an ancient ship nearby and ended up here.” The chicken-shaped object, he explained, was most likely used in early Christian funerary rituals. It will now be displayed in a nearby museum for all to observe.

Speaking of her discovery, Tal said, “Ever since I was a young girl I’ve been reading stories about finding ancient relics, and I’ve always been enchanted by the idea. I very much hoped that one day I, too, will make some meaningful discovery, and now it happened… It’s a dream come true.”