Hidden “baptismal font” discovered at Church of the Nativity in Bethlehem 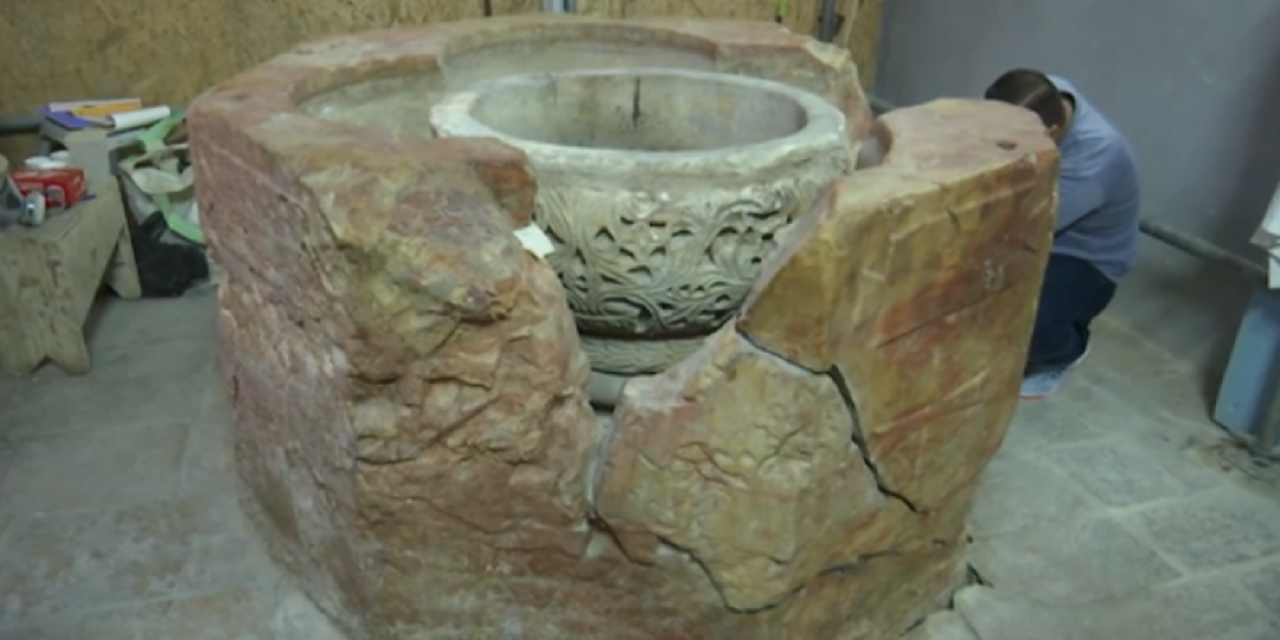 An ancient baptismal font has been discovered at the Church of the Nativity in Bethlehem.

The church was built in the 4th century on the site that some believe to be the birthplace of Jesus. The baptismal font was discovered during recent renovations on the church.

Ziad al-Bandak, Head of the Palestinian committee in charge of the church restoration, called the discovery “magnificent.”

“Nobody knows why it has been covered and put in this place and never written in any historical book about it, either in the Church or in the historical books. This is for sure a baptism font from the 6th, maybe 6th or 5th century,” he added.

Al-Bandak said international experts would examine the font, but some have suggested that its concealment might have been due to early Christian persecution.