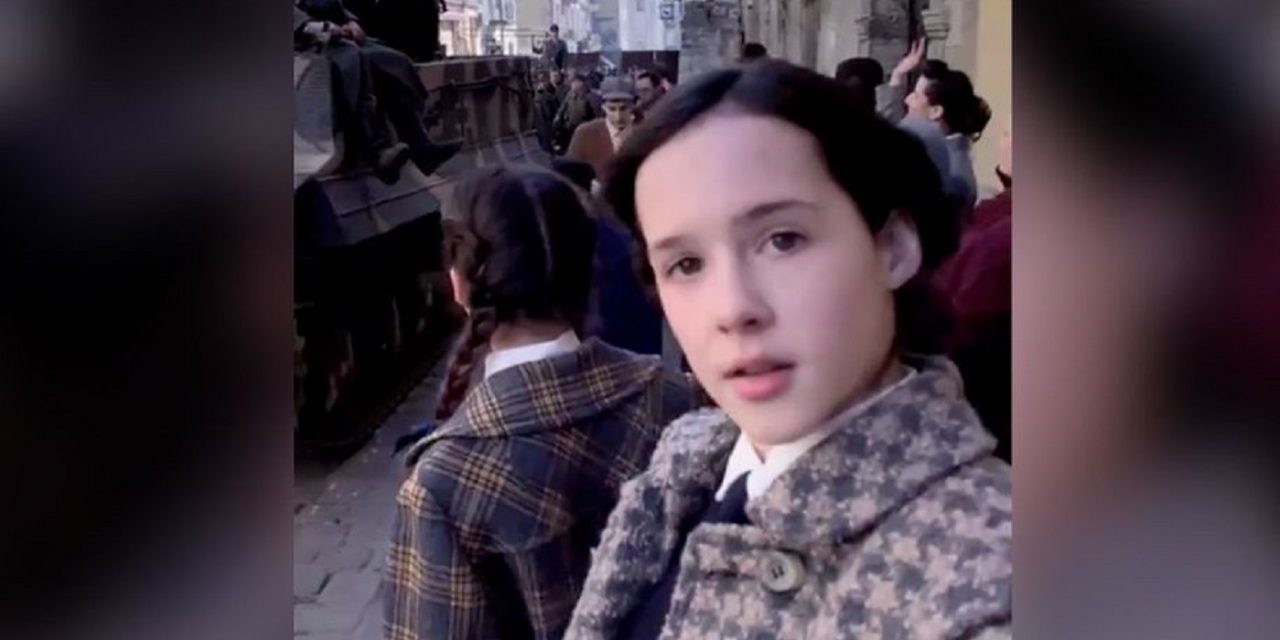 “What if a girl in the Holocaust had Instagram?”

Millions around the world are now experiencing what it might have been like after a new online project went viral.

The Eva Stories project, led by high-tech and media man Mati Kochavi, has provided an opportunity to experience the true story of a Jewish girl who lived through the Holocaust through stories. Millions around the world will be able to follow and experience the life of Eva Heyman during World War II, until her deportation to the Auschwitz death camp together with her grandparents.

So far, the video has been viewed about 120 million times. The page has over 880,000 followers and continues to join thousands of followers every hour. Tens of thousands of opinion leaders, artists and network personalities from Israel and abroad, who together reach 50 million followers, shared Eva’s history in the past 24 hours.

Since the beginning of the week, 3 million people have visited Eva’s profile, 101,000 have shared their personal pages, and more than 3.5 million interactions have been conducted within the history through messages, responses, responses to questions and participation in surveys.

“100,000 people sent their love to Eva within an hour and wrote her last words,” said Mati Kochavi and his daughter Maya at the end of Holocaust’ Remembrance Day. “Eva’s history has come to bridge the perception of memory between changing generations, especially with the introduction and growth of advanced technologies that create new patterns of behavior and communication. People and young people write to us – to Eva – to stand and feel a deep emotional connection to her, as if they were close friends of hers. This for us indicates that it is possible to create innovative and meaningful models of memory.”

The special project is based on a personal diary left behind by Eva, which was worked into a screenplay and produced with a team of about 400 production people, actors, and extras who reconstructed the girl’s life. Shooting the Instagram film was held in Lvov, Ukraine, for which commando vehicles, trucks, tanks, motorcycles from the period, old train cars, and trained dogs were brought, along with hundreds of pieces of art, costumes, weapons, and military uniforms from warehouses and private collections.

For 24 hours, starting at 4:00 pm on Wednesday, May 1, Eva’s Instagram page featured dozens of video clips, stills, and various text fragments, through which every hour she exposes events that occurred in her life for the last months. From acquaintance with her family and friends, through the Nazi invasion of her city, the racial and ethnic laws, being uprooted from their home and moved to the ghetto, to the tremendous upheavals she experienced until she boarded the train to Auschwitz.

As an independent public memory project, Eva.Stories’ goal is to offer a relevant and innovative way to teach and preserve the memory of the Holocaust today, especially among young people, especially during a period of growing anti-Semitism and the ever-diminishing number of Holocaust survivors. The groundbreaking production was specially adapted for viewing through telephone screens and was taken entirely from the perspective of selfie and first person, as is characteristic of media on the Instagram social network.