The British government must reject all boycotts of Israel 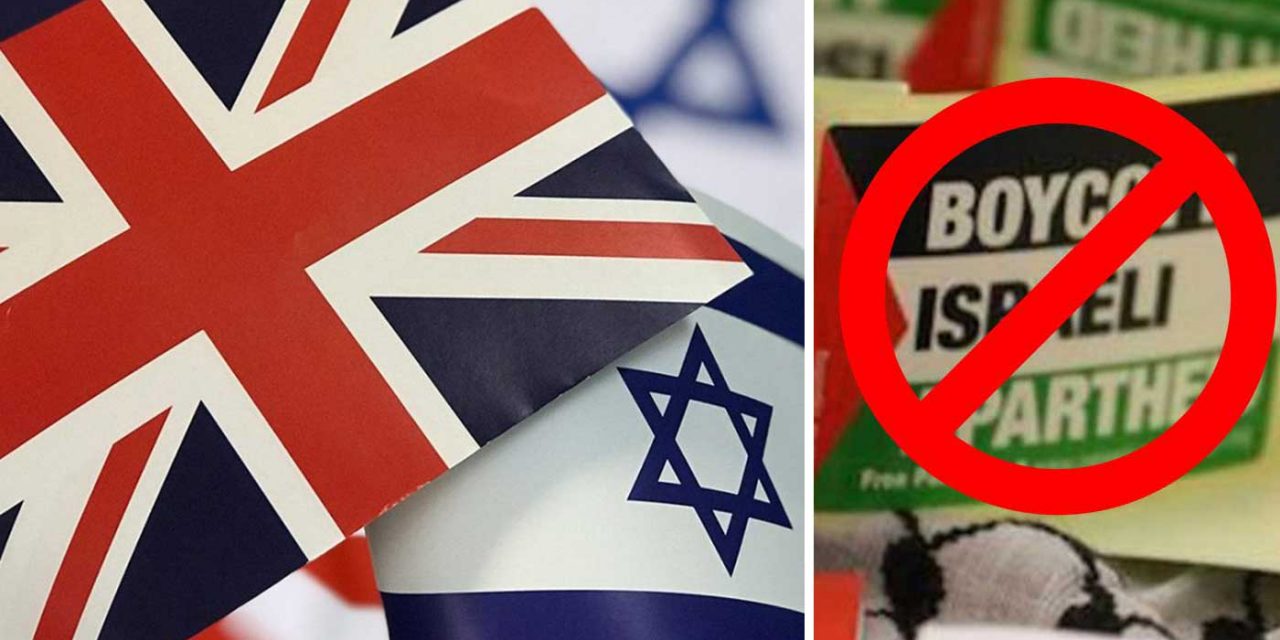 “I will bless those who bless you, And I will curse him who curses you; And in you all the families of the earth shall be blessed.”
Genesis 12:3

As part of CUFI’s “For Zion’s Sake” campaign, we have listed 12 principles that we believe the new UK Government should implement, including combating the anti-Semitic boycott campaign against Israel.

The Boycott, Divestment and Sanctions (BDS) movement against Israel is anti-Semitic at its core. Despite real atrocities and human rights abuses being carried out by countries around the world, only Israel, the world’s only Jewish state, is targeted with a global boycott movement.

BDS hurts Palestinians more than it hurts Israelis. For example, Soda Stream, at one time the world’s largest private employer of Palestinians, decided to relocate its operations from the West Bank to Israel in order to appease the haters. As a result, most of their Palestinian employees lost their jobs as they were unable to secure work permits within Israel.

What’s more, Palestinians are also largely unaware of the boycott movement. There are stories from anti-Israel activists who travel within the Palestinians territories being “shocked” at how few people know of BDS, let alone actually practised it.

The Palestinians rely heavily on Israeli companies for most of their products, so it is unrealistic for a Palestinian to boycott Israel. It also far from damaging Israel’s economy, but is used as a weapon to delegitimise Israel.

We believe the UK government should have no part in boycotting Israel or advocating for this hateful cause. British individuals are free to make their own decision on whether they support BDS, but the government must stand with Israel and not give in to this hateful movement.

Thankfully, Boris Johnson’s newly formed government included a bill in the Queen’s Speech that would outlaw BDS. One of the aims of this bill is to stop all public bodies, especially Labour-led local councils, from imposing boycotts against our allies, such as Israel. This is important because local councils should not be dictating the UK’s foreign policy or acting in violation of it.

This move was a big step in the right direction. However, there is more to be done.

The European Union (EU), for example, has passed a bill which dictates that all products made in by Israelis living in Judea and Samaria (the West Bank) must be labelled as being from “occupied territories”.

We strongly disagree with this labelling, and if the UK remains under EU regulations it could mean British shops are forced to label Israeli products in the same manner. Therefore, we are calling on the UK government to stand against this biased scheme being enforced by the EU.

As the Bible says in Genesis 12:3: “I will bless those who bless you, And I will curse him who curses you; And in you, all the families of the earth shall be blessed.”

Israel and the Jewish people are a blessing to so many. The medical advancements coming from Israel are saving lives, their innovation in technology, such as their water conservation techniques, are helping developing countries provide enough water for their people. There is Israeli technology in almost every device we use, from our laptops to our mobile phones to the science behind modern-day farming methods. Furthermore, one out of every seven prescriptions filled by the NHS is sourced from Israeli pharmaceutical companies.

Britain and Israel also share a strong trade relationship. Israeli companies have invested billions of pounds into the UK economy and employ thousands of British staff. The UK, likewise, has invested billions into Israel. Israel and the UK have one of the world’s closest intelligence-sharing operations and we are committed to each other’s defence.

It is foolish for the UK to boycott Israel for so many reasons. Therefore, we will always advocate for stronger trading relations between Israel and Britain and call on our government to do everything in its power to not only preserve this relationship but strengthen it.