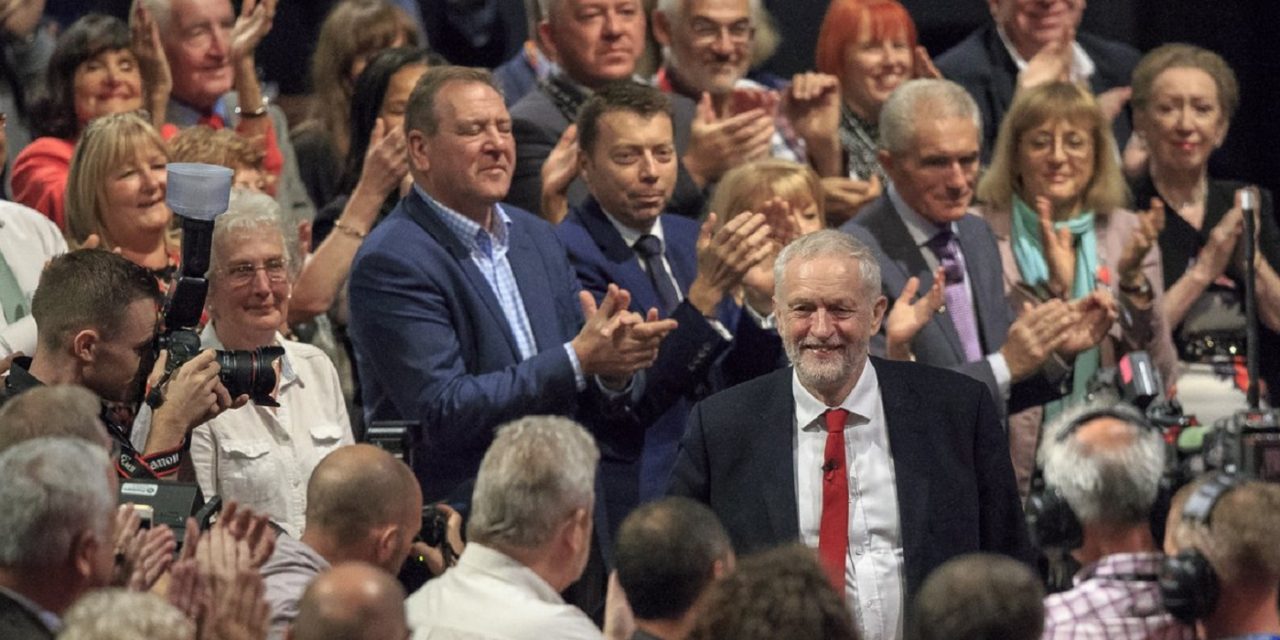 The Labour Party had hoped that the problem of anti-Semitism within its ranks had been rooted out. But as this week’s Party Conference showed, it was merely brushed under the carpet only to re-emerge in the ugliest form at Labour’s key annual event.

The problem is that Labour will continue to fail in its handling of anti-Semitism until it recognises the important underlying issue.

At a fringe meeting of anti-Israel activists earlier in the week a speaker compared Israel to the Nazis and others calling for the Jewish Labour Movement and Labour Friends of Israel group to be “kicked out” of Labour. The controversy, along with other remarks made this week such as that of Ken Livingstone, revealed that anti-Semitism was sadly still an issue in the Party.

Earlier in the week the Party announced a new policy condemning anti-Semitism – together with other forms of hate speech. So, why is it not making any difference? What more can Labour do?

The Conference concluded with leader, Jeremy Corbyn, giving his keynote speech. Despite the subject being covered by the media all week, not once did he mention the ‘elephant in the room’ – anti-Semitism. But he did mention Israel, saying:

“And let’s give real support to end the oppression of the Palestinian people [applause] the 50 year occupation and illegal settlement expansion and move to a genuine two state solution to the Israel-Palestine conflict.”

And herein lies the problem.

Unless the Labour leadership reforms its attitude towards Israel it will continue to fail in appropriately addressing the problem of anti-Semitism.

Israel-haters will tell you that anti-Zionism is not anti-Semitism. But it couldn’t be further from the truth. Denying the Jews right to their historical, national homeland is blatant anti-Semitism. Further still, demonising Israel, as Corbyn literally did in his speech, is also anti-Semitism.

When the room erupted in rapturous applause, it was clear that, whilst not all Labour members would have endorsed Corbyn’s statement, the Party has embraced the pro-Palestinian narrative that takes no responsibility for condemning Palestinian incitement or terror, but instead claims that Israel is the oppressor of the Palestinian people. In the guise of social justice, the Labour Party has adopted a warped moral compass in its approach to the Israel-Palestinian conflict.

Without clear moral clarity, it is impossible to successfully root out anti-Semitism within the Party, whilst holding such a biased anti-Israel policy that is at odds with the truth of the Palestinian/Israel situation. Defining anti-Semitism, let alone rooting it out, will therefore continue to be a problem to the Labour leadership until it reforms its stance on Israel.

A weak response by the Labour leadership to anti-Semitism in the Party together with such a biased view against Israel is a toxic concoction that is worrying news for supporters of the Labour Party, let alone for Britain, and more-so for British Jews who may now see Labour as the party for the many but NOT for the Jew!