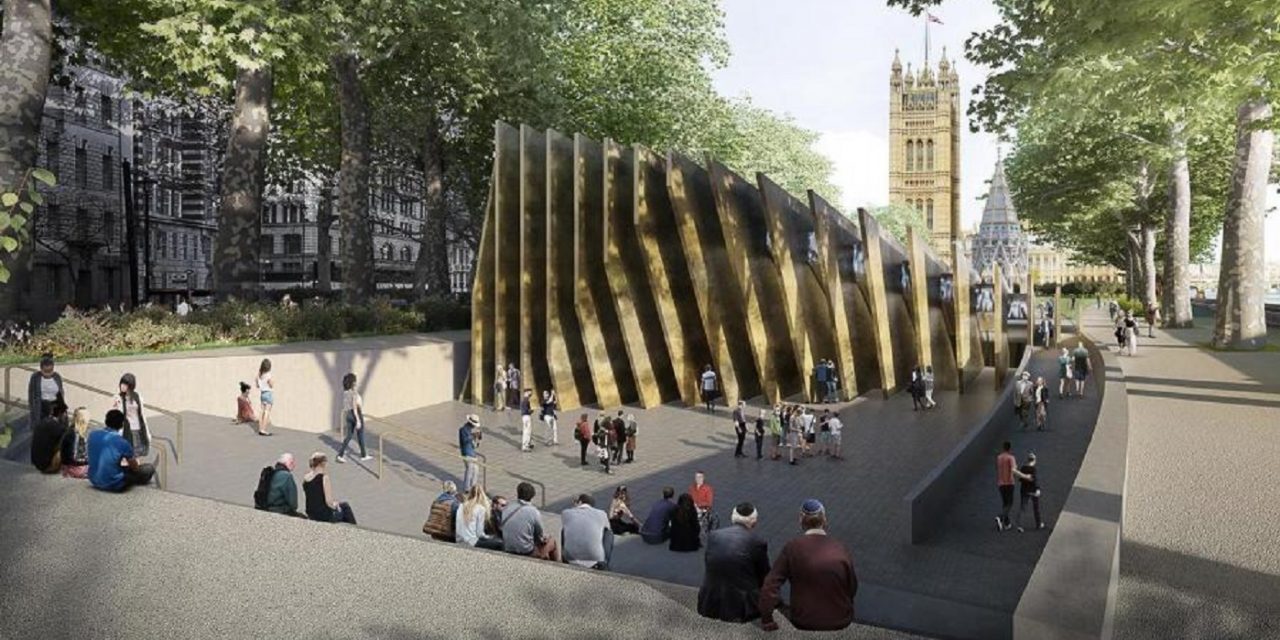 The winning design for a £50m Holocaust memorial in Westminster has been unveiled.

Also an education centre, it will be built by Sir David Adjaye in a park next to the Houses of Parliament.

A jury that included Holocaust survivors, the Communities Secretary, and the Chief Rabbi unanimously selected the design.

“We wanted to orchestrate an experience that reminds us of the fragility and constant strife for a more equitable world,” Sir David said.

“It is critical these highly important and emotive historical touchpoints are explored, so that future generations are able to experience, learn, reflect and act.”

Sir David has teamed up with Israeli designer Ron Arad and landscape architects Gustafson Porter + Bowman on the project.

The memorial is due for completion by 2021.

The project will be a “statement by the British people that our nation will remember those who suffered, and that we will always strive for a better future” Sir Peter Bazalgette, Chair of the UK Holocaust Memorial Foundation said.

A shortlist of 10 finalists was whittled down from 92 entries submitted by architecture and design teams from 26 countries.