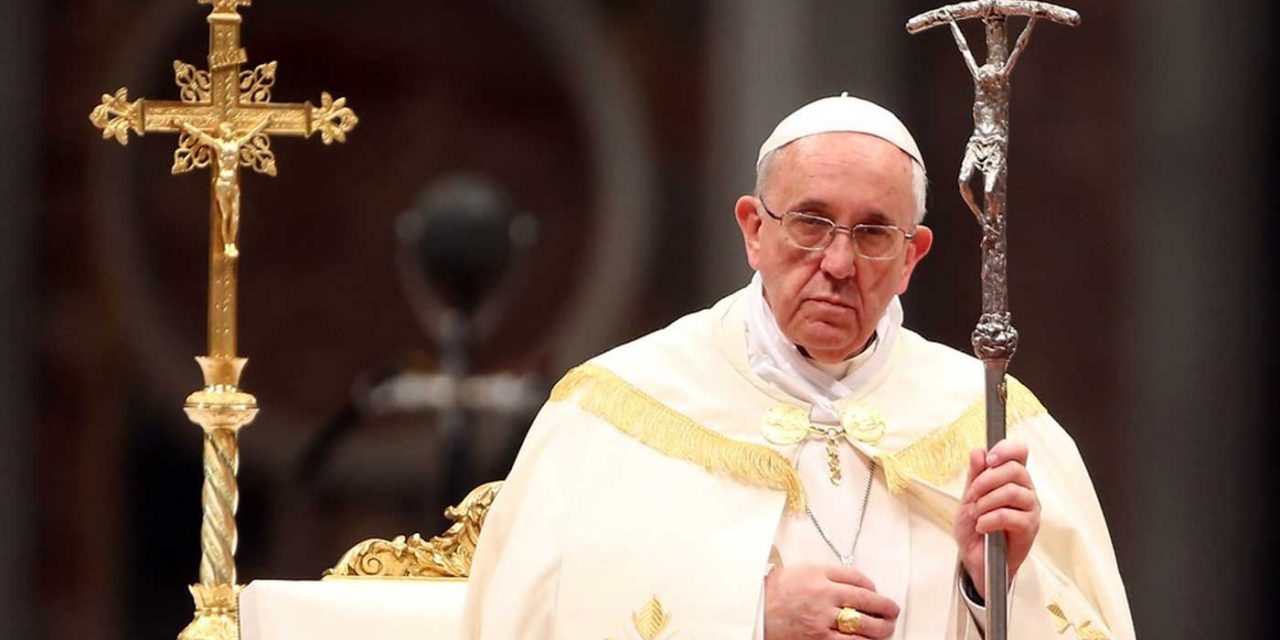 The Vatican said Wednesday that it had summoned the ambassadors of Israel and the United States for meetings to protests Israel’s plans to annex parts of the West Bank within the framework of the Trump peace plan.

In separate meetings Tuesday, Vatican Secretary of State Cardinal Pietro Parolin told Israeli Ambassador Oren David and US Ambassador Callista Gingrich of the Holy See’s concern “regarding possible unilateral actions that may further jeopardize the search for peace between Israelis and Palestinians, as well as the delicate situation in the Middle East,” according to a Vatican statement.

“As already declared … the Holy See reiterates that the State of Israel and the State of Palestine have the right to exist and to live in peace and security, within internationally recognized borders,” the Vatican said.

“It thus appeals to the Parties to do everything possible to reopen the process of direct negotiation, on the basis of the relevant Resolutions of the United Nations, and aided by measures that can reestablish reciprocal confidence, so that they may have ‘the courage to say yes to encounter and no to conflict: yes to dialogue and no to violence; yes to negotiations and no to hostilities; yes to respect for agreements and no to acts of provocation; yes to sincerity and no to duplicity,’” the statement said, quoting from Pope Francis’ Invocation for Peace in the Holy Land from 2014.

CUFI UK supports Israel’s right to declare sovereignty over its historic homeland, the land that was given to them by God as outlined in the Bible some 3,000 years ago. Therefore, we strongly disagree with the Vatican’s stance on this issue.

Who owns the land of Israel?

All real estate transactions go to great lengths to determine the identity of the original owner of the land to prevent a legal cloud from being over the title deed. The debate of who owns the land of Israel can be resolved in the same manner.

Who was the original owner of the hotly contested strip of real estate on the eastern edge of the Mediterranean Sea?

The answer is not Abraham, Isaac or Jacob. The correct answer is God almighty, the creator.

The title deed to Israel reads, “In the beginning, God created the heavens and the earth.” (Genesis 1:1)

In the beginning means the dateless past.

Therefore, God as creator of the earth is the original owner. King David, Israel’s prophet, poet and warrior statesman, puts his pin to parchment and writes; “the earth is the lord’s, and all its fullness, the world and those who dwell therein.” (Psalm 24:1)

For 3500 years the land of Israel has belonged to Abraham, Isaac and Jacob and their seed forever by an everlasting and eternal blood covenant recorded in the Bible.

The land God promised includes the modern-day nation of Israel and parts of modern-day Egypt, Syria, Lebanon and Iraq (Genesis 15:18-21).

The concept that the Palestinians have owned the land of Israel in times past that God almighty promised Abraham and the Jewish people forever is one of history’s greatest frauds.

The Bible clearly records that Abraham pled with God to allow Ishmael to own the land. God sent back a one-word FedEx from heaven saying, “No!” (Genesis 17: 17-18).

I am inspired to send this message to the 8.2 million-plus members of Christians United for Israel by the fact that months ago president trump met with Prime Minister Benjamin Netanyahu in Washington to present the administration’s peace proposal. I was there!

It was a masterful proposal that gave the Palestinians the opportunity of a better life through a 50 billion dollar investment package. It was an effort that required years of work by the brilliant and talented inner circle of the president.

It was made clear at the Washington meeting that this historic peace plan could go into effect within days. If the Palestinians immediately reject the plan, the US Will be prepared to accept the enactment of Israel’s sovereignty over parts of the West Bank within 48 hours.

It was made clear that this historic plan could go into effect within days. However, days have become weeks, weeks have become months.

To be clear, the Palestinians have never owned Judea or Samaria. That Israel will meet with a Palestinian leadership that still supports terrorists and incites violence against the Jewish people is a commentary on Israel’s willingness to make every effort to advance peace with their neighbors, not a commentary on the Palestinians being deserving of yet another chance at the negotiating table.

Our role is to heed the commandment that we “pray for the peace of Jerusalem!” And that time is now!