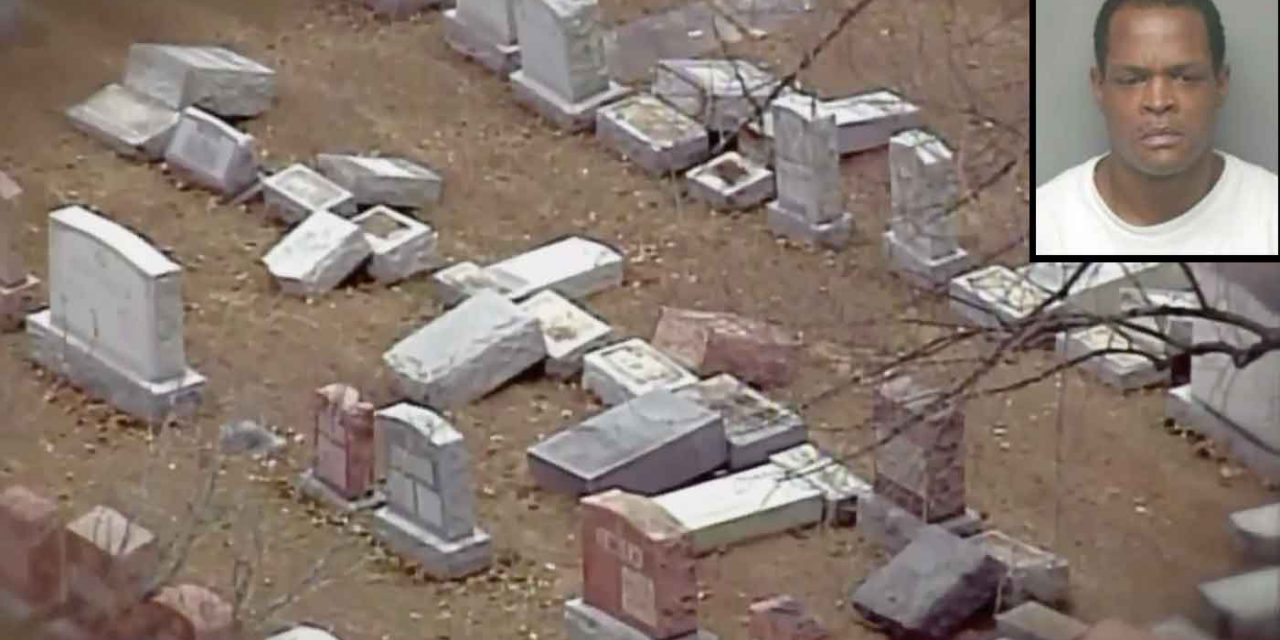 A man from St. Louis, Missouri has been arrested for toppling more than 130 headstones at a local Jewish cemetery last February. Police say there is “no evidence” it was anti-Semitic.

Alzado Harris, 34, was arrested on Tuesday after police matched DNA found in a jacket left at the scene of the February 2017 vandalism to Harris, who has a prior criminal history.

Police said Harris confessed in a recorded interview that he knocked over around 130 gravestones at Chesed Shel Emeth Cemetery.  The estimated damage was over $30,000. The incident came at a time when bomb threats were being phoned into Jewish community centers across the country.

Harris faces up to seven years in prison on the charge of one count of institutional vandalism. He is not charged with a bias or hate crime.

“There is no evidence to indicate the incident was racially, ethnically or religiously motivated,” University City police said in a statement. According to the police statement, Harris said that “he acted alone, was angry over a personal matter and was under the influence of drugs when he committed the offense.”