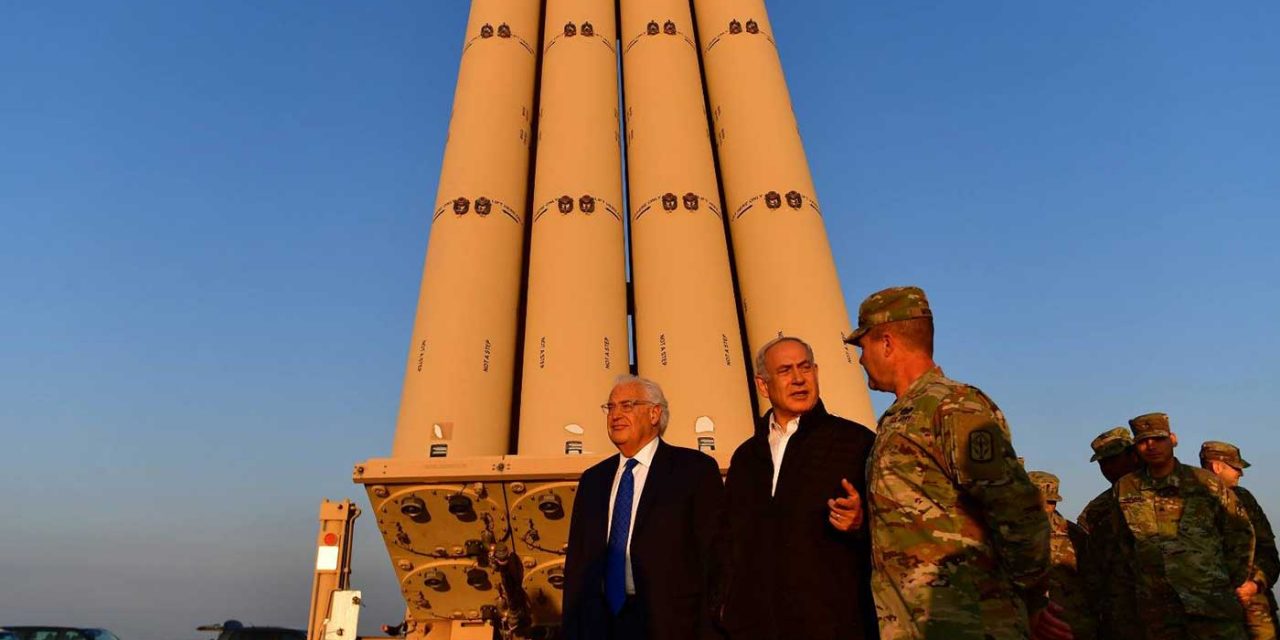 The U.S. has deployed a highly advanced missile defence system in Israel for the first time, the American and Israeli militaries announced Monday, reflecting their shared concerns about Iran’s development of powerful missiles.

Prime Minister Benjamin Netanyahu hailed the deployment of the Terminal High Altitude Area Defense system, or THAAD, as a testament to the strength of the two countries’ military ties, saying that it makes Israel “even stronger in order to deal with near and distant threats from throughout the Middle East.”

Lt. Col. Jonathan Conricus, an Israeli army spokesman, told reporters that a THAAD battery, flown in from the U.S. and Europe, arrived Monday at an air force base in southern Israel. He said that the defence battery has only been installed a few times elsewhere in the world, and tested the U.S. ability to carry out an accelerated deployment of such powerful and complex weapons.

Prime Minister Benjamin Netanyahu commented on the exercise deployment of the US THAAD (Terminal High Altitude Area Defense) anti-missile system in Israel:"Deployment of the American anti-missile system in Israel is additional testimony to the commitment of the US to the security of Israel.The American THAAD system is considered one of the most advanced systems in the world, and together with our defensive systems we are even stronger in order to deal with near and distant threats from throughout the Middle East.The bond between the US and Israel has never been stronger. I welcome the holding of this joint exercise."Video: Etay Beit-On, GPOSound: Ben Peretz, GPO

Posted by The Prime Minister of Israel on Monday, 4 March 2019

Israel already has an advanced multi-layered missile defence system, capable of intercepting everything from advanced guided long-range missiles outside the atmosphere to short-range unguided rockets fired from neighbouring Gaza.

During this week’s drill, the THAAD battery, which shoots down long and intermediate-range missiles, will bolster Israel’s existing systems. The deployment is temporary, and for now, the THAAD system will not be permanently integrated into the Israeli defence shield, Conricus said.

The U.S. military said the deployment demonstrates the United States’ “continued commitment to Israel’s regional security” and more broadly shows that U.S. forces can “respond quickly and unpredictably to any threat, anywhere, at any time.”