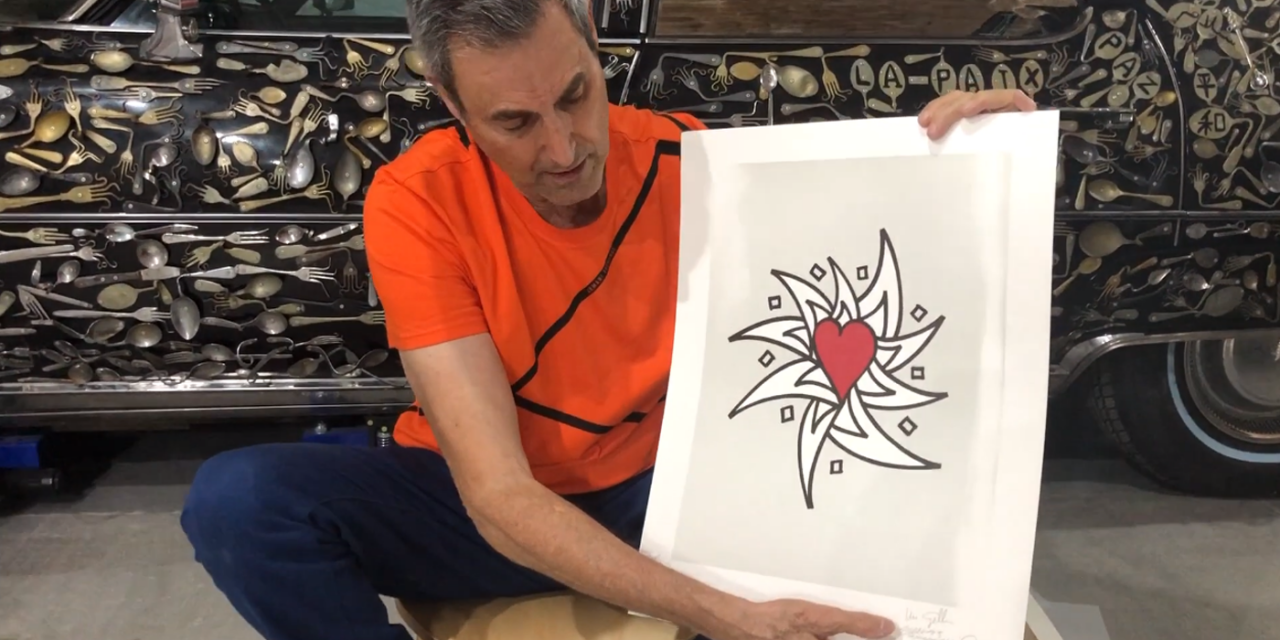 British-Israeli Entertainer Uri Geller has donated his art in aid of a British schoolgirl’s campaign to fund a child from a developing country to travel to Israel and have life-saving heart surgery.

Geller lent his artwork to the campaign of Amelie Anderson, a 12-year-old Jewish girl from Richmond who “wanted to do something meaningful to mark my bat mitzvah that will make a positive difference in other children’s lives”.

The Jewish News reports that Amelie will undertake a 26-mile sponsored walk, which mean she will have to take approximately 60,000 steps in order to accomplish this distance.

The significance of this number is that “the heart of a healthy 12-year-old girl beats approximately 60,000 times every 12 hours,” Amelie explains.

“My goal is to raise £11,500 to enable a child from a developing country to undergo life-saving heart surgery in Israel.”

Amazingly, her campaign has garnered the attention of Uri Geller, a once common star of British television who is known of his magic tricks and illusions, including bending spoons. He is now in the process of opening an art museum in Old Jaffa, Israel.

“This is a special one because it is for you. You are doing such an amazing initiative, I congratulate you.”

Really though, it is Amelie who deserves the credit for taking on this challenge. Proud mum, Dr. Chloe Zeffert-Anderson, said of her daughter: “Amelie is marking this special milestone in her life by doing something to make such a profound difference to the life of another child and their family.”

Amelie has so far raised more than £5,000 in sponsorship. “We still have a long way to go,” she added.