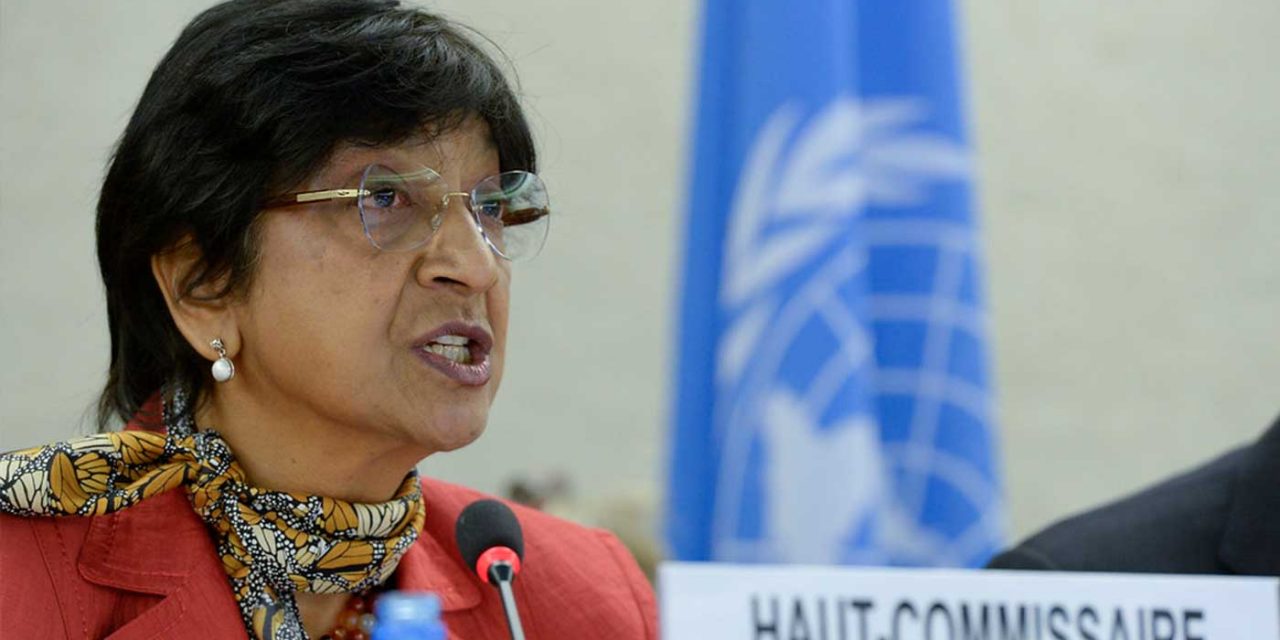 The International Legal Forum has this week published a report on the United Nations inquiry into the May 2021 Gaza conflict saying it is inherently biased against Israel.

Not only is the inquiry more intrusive than any other inquiry in the UN’s history, it only focuses on Israel’s actions and ignores those of Hamas and other terror groups in Gaza. It is also headed up by an anti-Israel activist.

The ILF charges that the United Nations Human Rights Council (UNHRC) “established an unprecedented, unjust and open-ended ‘Commission of Inquiry’, headed by Navi Pillay, to investigate and condemn Israel, while giving a free pass to Palestinian terror groups.”

The document – titled “Fixed Inquiry” – said that the appointment of South African jurist and former United Nations High Commissioner for Human Rights Navi Pillay, who has a history of anti-Israel rhetoric, as head of the commission shows a lack of impartiality.

Navi Pillay is a longtime anti-Israel activist who has lobbied governments to boycott and divest from Israel. Despite the UNHRC’s own rules stating that those presiding over such inquiries should be ‘impartial’ they clearly made an exception with Pillay.

Chair and CEO of the International Legal Forum Arsen Ostrovsky has called for Pillay’s immediate resignation.

“Pillay’s appointment as head of the commission of inquiry into the events of Guardian of the Walls is a complete farce, which goes against the guidelines set by the Human Rights Council itself. These guidelines require the UN investigators to be objective and impartial about the subject they are investigating – neither of which can be said of Pillay. Therefore, she must resign immediately.”

This isn’t just any old inquiry either, it is the most robust and intrusive inquiry to date that the UNHRC has commissioned for any country.

The report also pointed out that the investigation mandate Pillay received from the UN Human Rights Council has no mention of the Hamas and Islamic Jihad terror groups, which fired over 4,500 rockets into civilian areas in Israel during Operation Guardian of the Walls.

“Although the Palestinian leadership … sought to deflect attention from the real cause of this conflict by blaming Israel for a legal dispute regarding property in Sheikh Jarrah [neighbourhood in Jerusalem], these were all a pretext for the orchestrated Palestinian wave of terror and incitement, including diverting attention from the Palestinian Authority decision to postpone elections and the internal PA-Hamas tension,” the report said.

“In response to this unprovoked aggression, Israel launched a defensive campaign against Hamas, which targeted the terror group’s rocket arsenal, terror tunnels, command centres, and infrastructure in Gaza used to fire rockets at Israeli civilian communities.

“International law recognizes the inalienable right of states to use force in self-defence, both in conventional and customary international law … Israel exercised this right in a manner fully compliant with international law, including the principles of necessity and proportionality,” it said.

The UNHRC has long proven itself to be driven by an anti-Israel narrative. It treats Israel differently from every other country and according to the IHRA definition of antisemitism, this in itself is antisemitic.

This latest move more than proves the bias against Israel and that the UN is in fact not a global body to bring about positive change in the world, but instead is a weapon to attack Israel in international politics and a spectacle for Israel bashing.