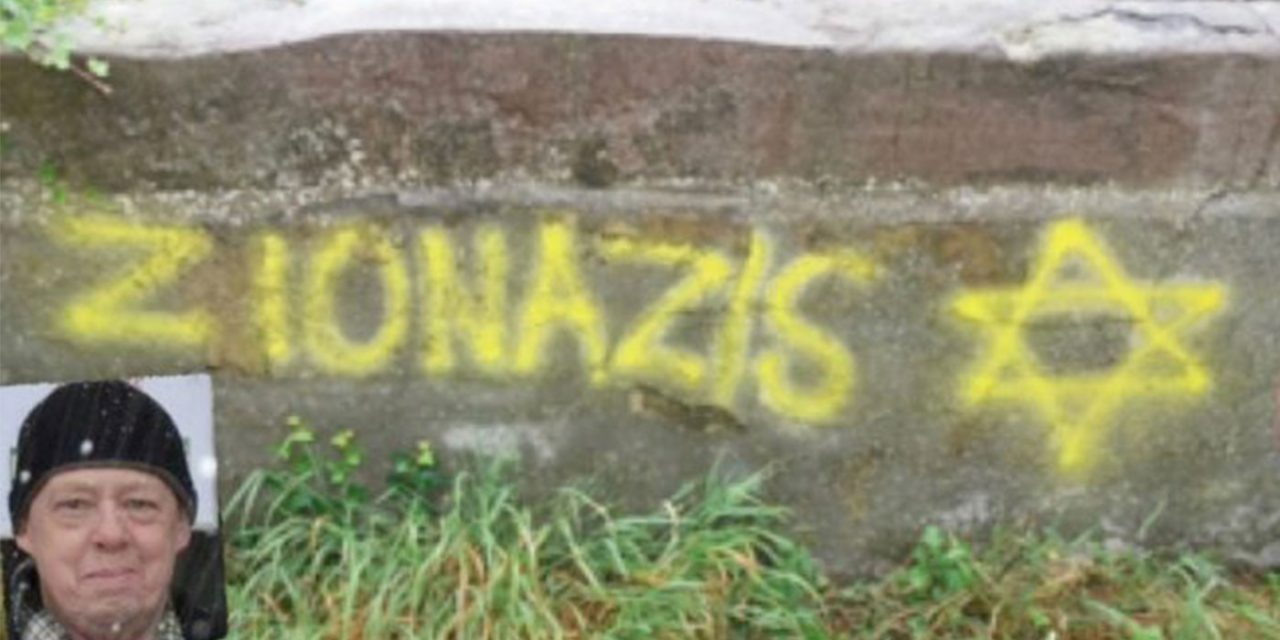 Timothy Rustige, a 68-year-old from Altrincham, near Manchester, pleaded guilty to eight counts of criminal damage after he was caught vandalising public property with anti-Israel and anti-Semitic graffiti.

Some of the slogans he daubed on the wall included anti-Israel graffiti including “BDS” and “Gaza bleeds” as well as anti-Semitic graffiti such as “ZioNazis” with a Star of David drawn next to it.

The pensioner targeted the same location, the River Bollin Aqueduct in Dunham Massey, leaving eight different messages between September 2016 and August 2017. This eventually led to his arrest after Greater Manchester Police installed a hidden camera on the bridge and recorded him in the act.

Mr Rustige was ordered by magistrates to pay £500 in compensation and was sentenced to a 12-month community order with 140 hours of unpaid work.

Campaign Against Antisemitism points out that the International Definition of Antisemitism states that “drawing comparisons of contemporary Israeli policy to that of the Nazis” is anti-Semitic. However, despite Mr Rustige writing “ZioNazis” accompanied by a Star of David, it appears Mr Rustige was not charged with any racially aggravated offence.