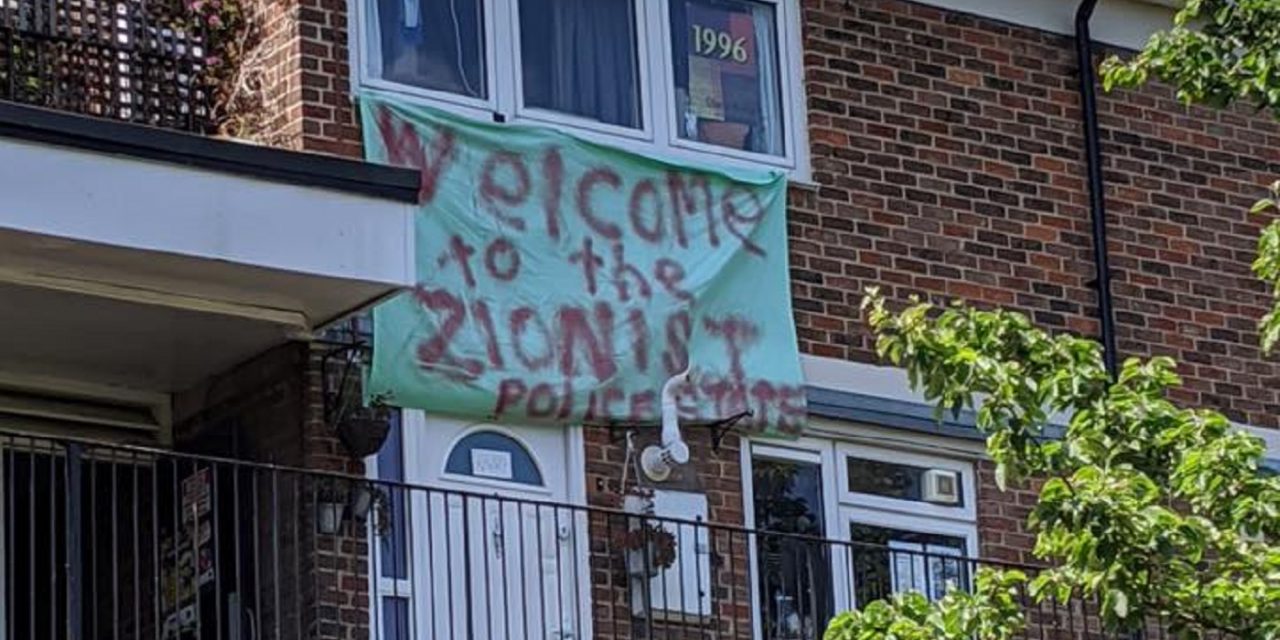 An antisemitic banner saying “Welcome to the Zionist Police State”, which was hung outside a house overlooking an old east end of London cemetery, has been removed, says Jewish Chronicle.

A photo drawing attention to the offending item was posted on Twitter by the Sunday Times journalist Gabriel Pogrund on Monday, says the JC.

In response, Labour MP West Streeting tweeted that he recognised the location – “just a few doors down from my Grandad’s old flat in Stepney Green. It is utterly sickening”.

A few hours later the Ilford North MP tweeted that the banner had been taken down, thanking the police and Tower Hamlets Council for having it removed.

He said it had been hung opposite the Bancroft Road Cemetetry, a disused United Synagogue cemetery that dates back to 1811.

The Metropolitan Police said officers went to a property in Bancroft Road, Tower Hamlets, after report of an “alleged antisemitic banner”.

The resident of the property was not in and police removed the banner.