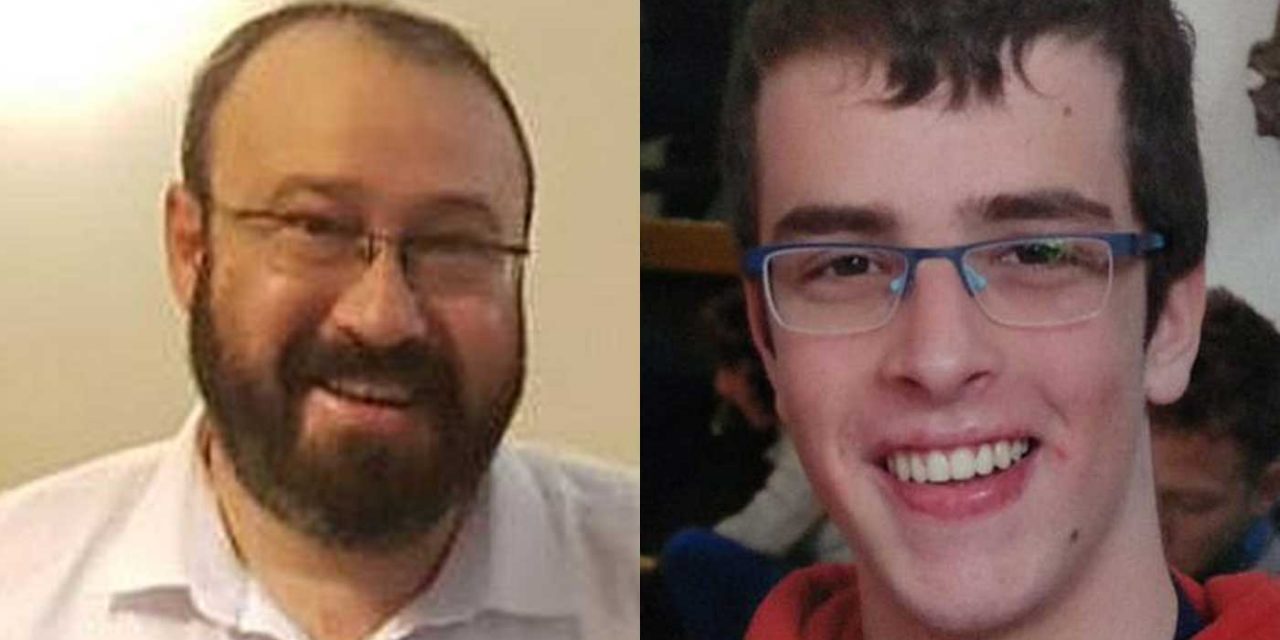 Two Israelis have been killed and a third seriously wounded in a Palestinian terror attack in Samaria on Sunday.

Gal Qeidan, a 19 year old combat soldier in the 334th Battalion in the Artillery Corps, was stabbed by the terrorist at the Ariel junction in the so-called West Bank. The Palestinian attacker then stole his weapon, fired at civilians, got into a car he high-jacked, drove to the Gitai Avisar Junction, and fired at Israelis at a bus station.

Rabbi Achiad Ettinger died late Sunday after he succumbed to his injuries despite doctors best efforts to save his life. The father of 12 was in his car at the Ariel junction during the attack, drew his weapon and was about to fire at the terrorist when he was struck in the head by bullets.

A close friend of Ettinger told Ynet news, “In a split moment’s decision, he decided to turn around and return to the scene of the incident, drew his weapon and tried to neutralize the enemy. Unfortunately, the terrorist shot him first. He saw that a Jew was about to be hurt and he went to help. That’s what he did all his life.”

Another IDF soldier was seriously wounded by the shooting at the Gitai Avisar Junction during the second phase of the attack.