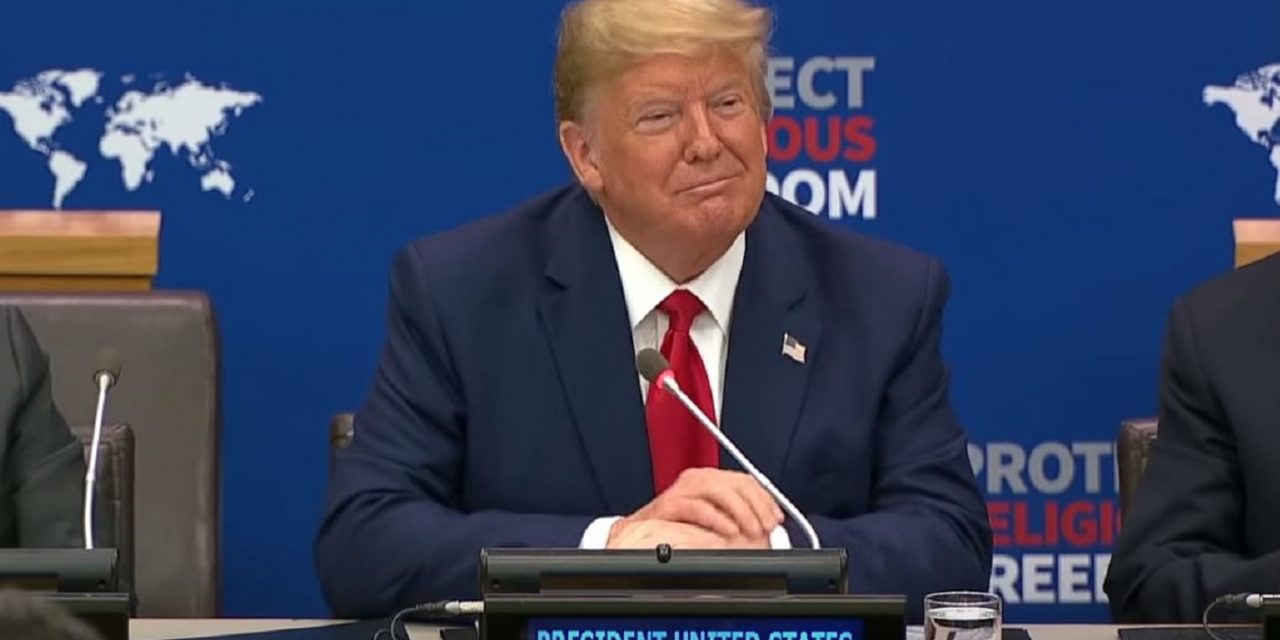 Donald Trump became the first president to host a summit on religious freedom at the UN. Watch his speech below.

Trump said it was an “urgent moral duty” for world leaders to stop crimes against faith, release prisoners of conscience and repeal laws restricting religious liberty.

“Approximately 80% of the world’s population live in countries where religious liberty is threatened, restricted or even banned,” Trump said, adding that when he first heard the statistic, he didn’t believe it and asked for verification.