Three Palestinians arrested after Saudi peace activist is spat on, hit with chairs at Temple Mount 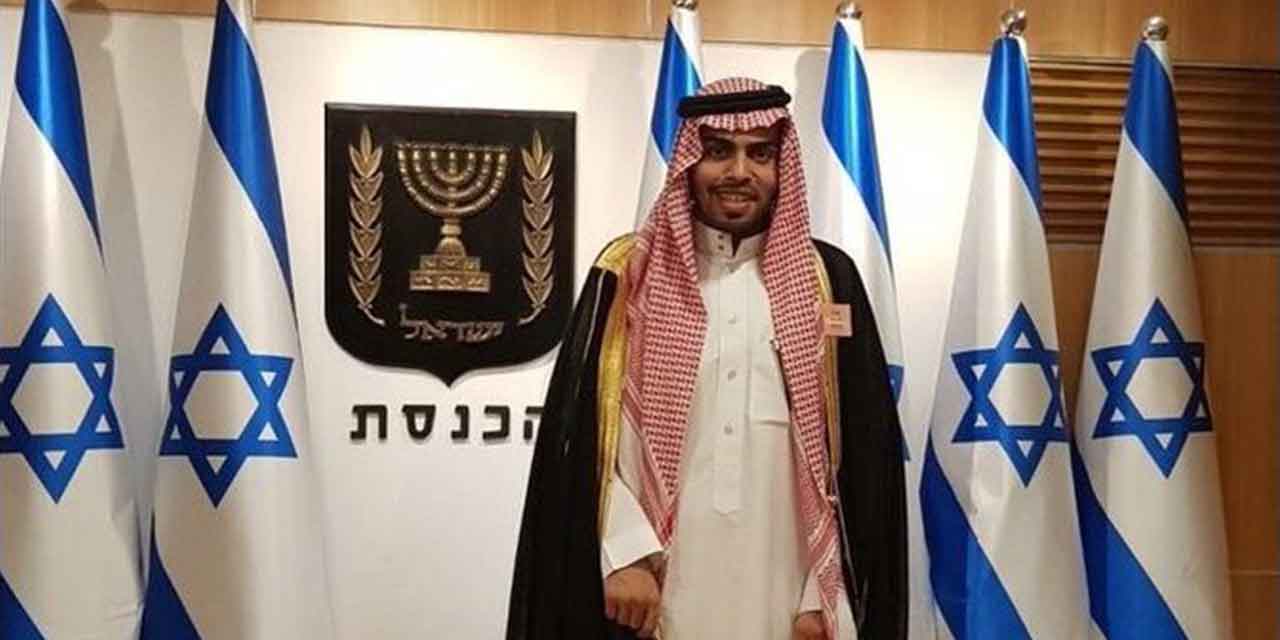 Mohammed Saud, a blogger and peace activist from Saudi Arabi was attacked by Palestinians during a visit to the Temple Mount on Monday where the devout Muslim planned to pray at al-Aqsa Mosque.

Video of the incident shows a teen repeatedly spitting on Saud as he visited the holy site, while others yell at him to leave. In another clip, chairs and other objects are thrown at Saud as he walks through one of the Old City’s alleys whilst numerous people spit on him.

One man is heard shouting at Saud, “Go pray with the Jews in a synagogue.” Others are heard calling him an “animal” and “Zionist trash.”

Ofir Gendelman, a spokesman for Netanyahu, said: “When he came to pray at the #AlAqsaMosque, Palestinian thugs attacked him & spat on him, thus defiling this holy place.”

“We strongly condemn the cruel and immoral behavior of some Palestinians near the Al-Aqsa Mosque toward a Saudi media personality who came to Jerusalem to be a bridge to peace and understanding between peoples,” Amer wrote on Twitter.

Another Foreign Ministry spokesperson called it a “disgusting welcome.”

“A devout Muslim, coming to pray at a historical mosque, spat on because he accepted an official invitation from Israel”. He then quoted former Israeli Prime Minister Golda Meir, saying, “Peace will come when the Arabs love their children more than they hate us.”

Unsurprisingly, the terrorist organisation Hamas, which rules the Gaza Strip, showed support for the attacks on the tourist.

Israeli police said three Palestinian residents of East Jerusalem had been arrested over the attack.

Saud is one of six Arab journalists and bloggers, including representatives from Jordan and Iraq, brought to Israel by Israel’s Foreign Ministry, which has sought to highlight growing ties between Israel and the Arab world.

The blogger, who speaks Hebrew, is an unabashed partisan of Prime Minister Benjamin Netanyahu; his Twitter feed is loaded with messages of support for Israel, Netanyahu and the Likud party. His username on the micro-blogging platform is written in Hebrew as well as in Arabic, and his description includes an Israeli flag emoji and the words “Only Bibi!” using Netanyahu’s nickname.

The group of journalists and bloggers also visited Jerusalem’s Yad Vashem Holocaust memorial, the Knesset, holy sites, and to meet with members of Israeli academia during the trip.

They met with Prime Minister Netanyahu on Tuesday. During a lengthy meeting, Netanyahu apologized to Saud on Israel’s behalf for the incident. Saud, for his part, underlined his support for Israel by singing a song, in Hebrew, by poet Leah Goldberg, the Foreign Ministry’s spokesperson for the Arabic media, Hassan Caabia, told The Times of Israel.