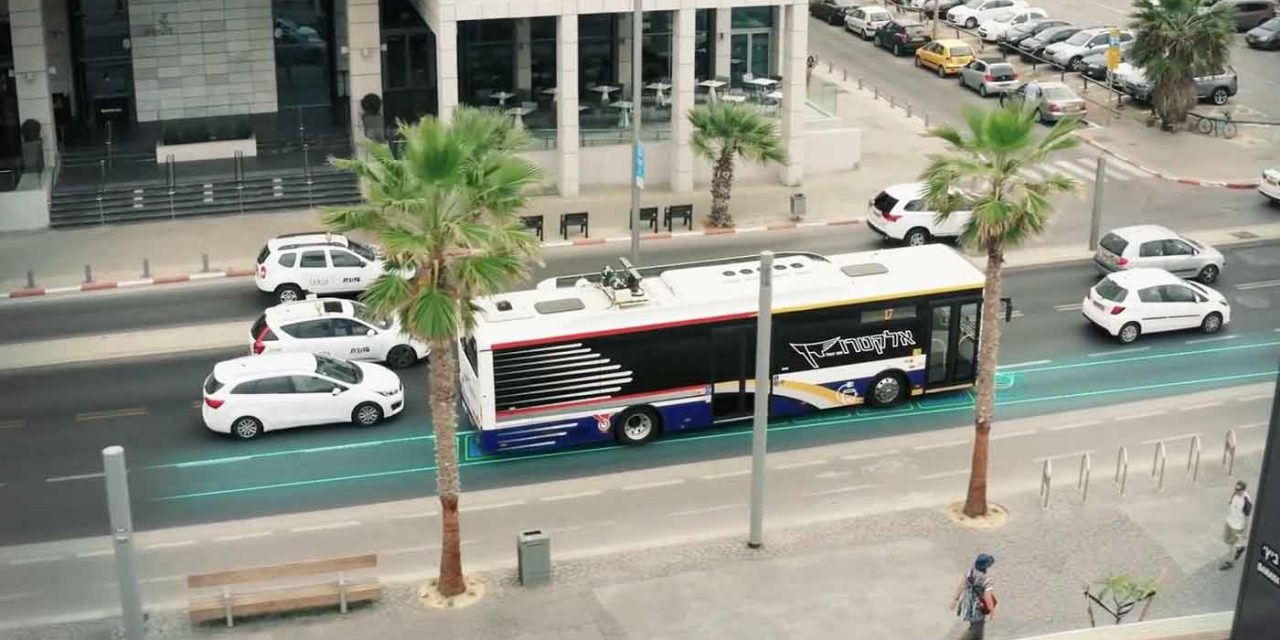 ​Tel Aviv has launched a pilot project using under-road electric infrastructure to charge public buses. Vehicles are charged dynamically as they travel along the route.

​In partnership with electric road systems company ElectReon and Dan Bus Company, the trial will run on 600 metres of electrified road along a two-kilometre route between Tel Aviv University Railway Station and Klatzkin Terminal in Ramat Aviv.

The technology uses copper coils embedded under roads and connected to the electricity grid, along with receivers installed under vehicles.

Following the completion of tests and integration of the technology – expected to take around two months – a Dan Bus Company electric bus will commence regular journeys on the route, serving passengers travelling to Tel Aviv University.

The city will evaluate the possibility of expanding the technology to more locations and for additional electric transportation, including public transit, distribution trucks, and private and autonomous vehicles.