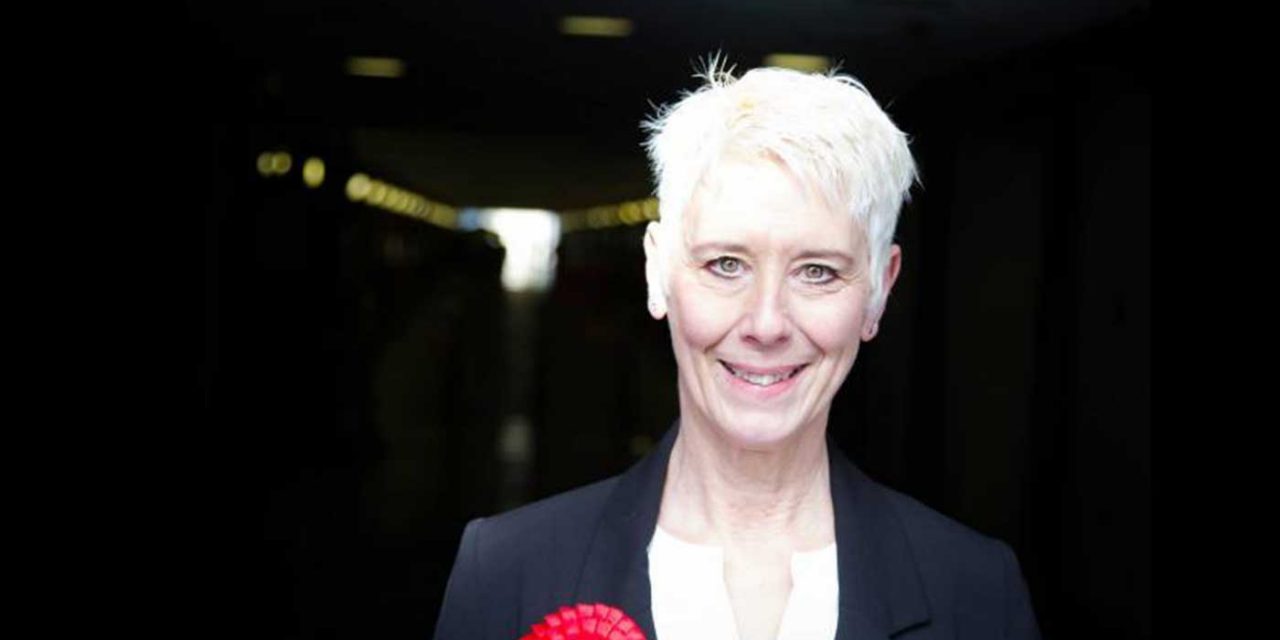 A report by Guido reveals that Linnegar, who will stand in a “safe” Labour ward in Swindon in the upcoming local election, liked a post by the notoriously anti-Israel website  Electronic Intifada entitled “How Israel lobby manufactured UK Labour Party’s anti-Semitism crisis”, suggesting that she views real anti-Semitism within Labour as simply a “smear”.

CUFI reported last year that Kate Linnegar, North Swindon’s Labour MP-hopeful, has been linked with a Twitter account @SwindonPeoples, which made anti-Semitic tweets in 2016. On top of this, more evidence emerged that Linnegar may have anti-Semitic leanings.

Linnegar was the Chair for the Swindon People’s Assembly during 2016 when the account for the group tweeted out statements such as, “most know Zionists are FAKE Jews” and called Zayn Malik “Another Zion slave, to spread their sexual mind control games with the next generation.” 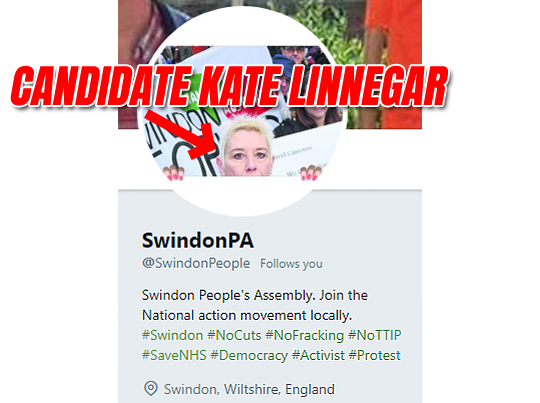 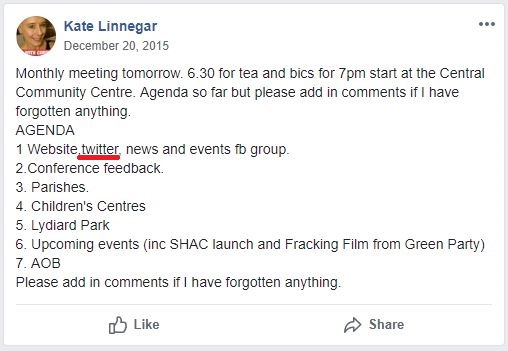 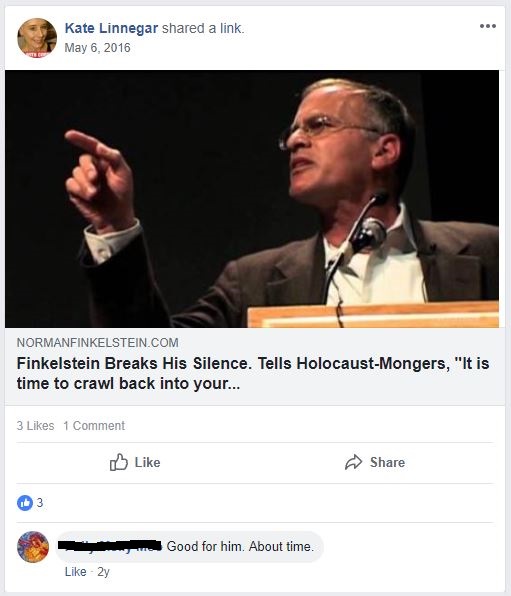 Another post from 2016 reveals that Linnegar liked a post attacking Labour MP John Mann in which Israel was compared to Nazi Germany and the Jewish State was referred to as a “so-called country”.

Lineggar also defended Jackie Walker, who was suspended from Labour and also lost her position in Momentum over her anti-Semitic comments. 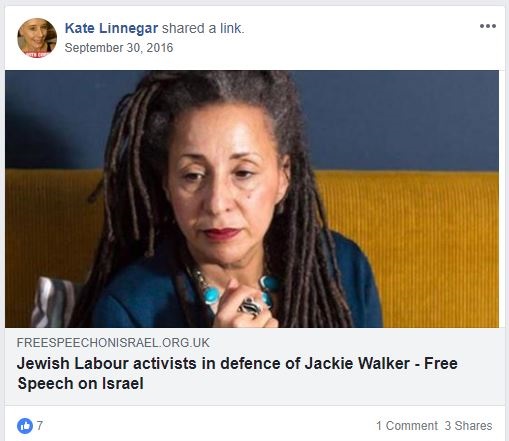 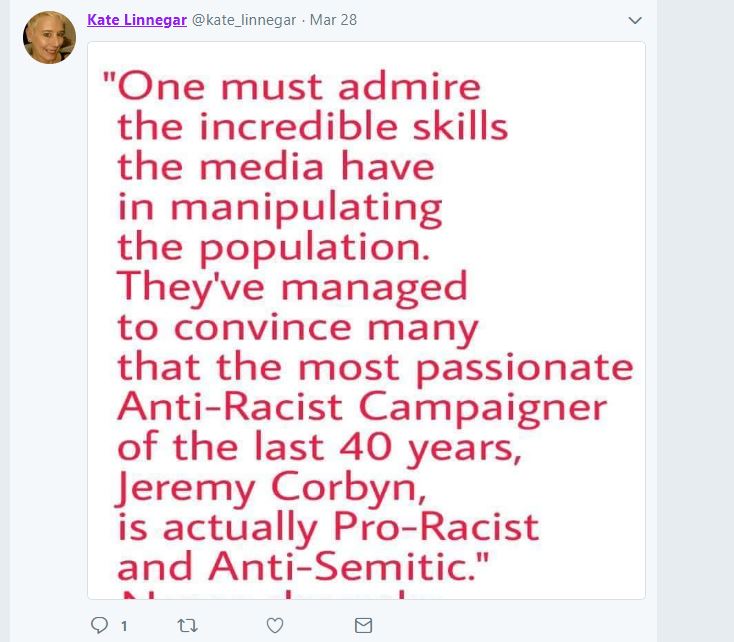 The Swindon People’s Assembly Facebook page, which Linnegar is an admin for, also includes anti-Semitic posts. One member shared the link to his own blog post, titled, “From one Israeli pogrom to another”. The article accuses Israel of carrying out “pogroms” against the Palestinian people. 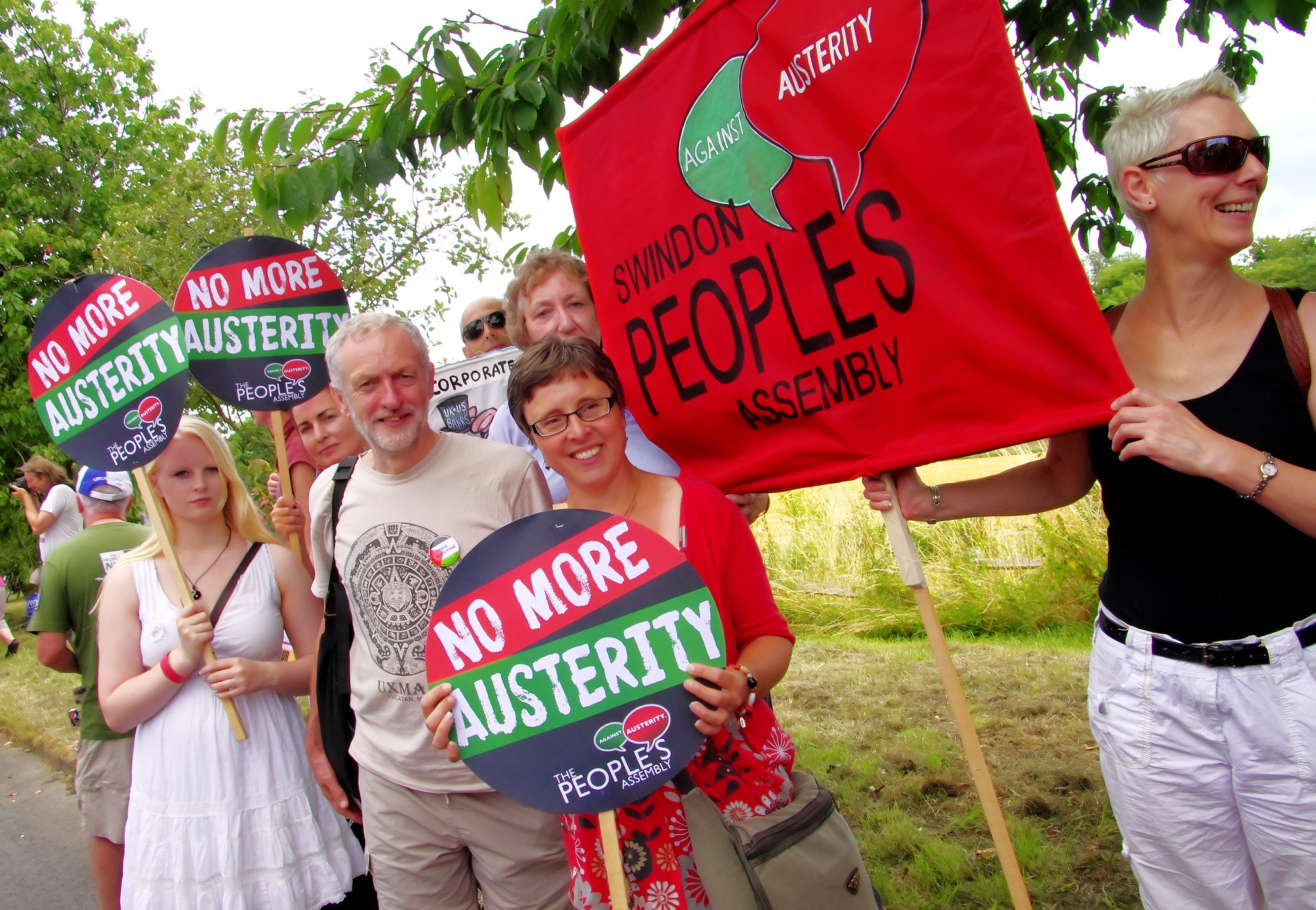