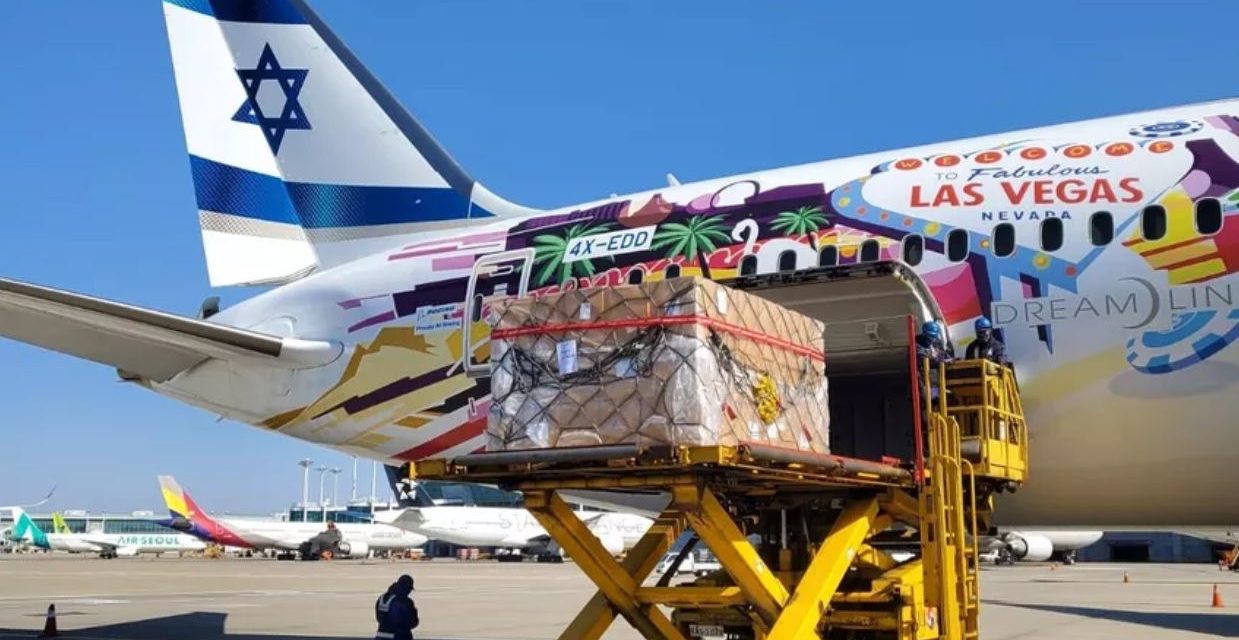 On Wednesday, an El Al plane departed from South Korea to Israel carrying tens of thousands of coronavirus testing reagents and protective suits for medical personnel to replenish supplies.

After weeks of testing for coronavirus, Israel found itself running out of reagents, the chemical compound used to extract the virus’s DNA from blood samples.

“I thank the Defense Ministry and El Al, who we sent to the end of the world in order to bring lifesaving equipment here,” said Defense Minister Naftali Bennett.

“We continue to act in full force, and in all possible ways, both with local production and in the international arena.”

According to a statement the shipment, which the Defense Ministry procured on the Health Ministry’s behalf, also includes some 30,000 protective suits for Israeli medical teams.

Israel’s Foreign Ministry and the embassy in Seoul were also involved in the operation, securing a rapid landing permission for the El Al plane.

South Korea, which took aggressive actions in combating the coronavirus, has stood out as a country that has effectively been able to limit its spread.

South Korea took no chances when the coronavirus started spreading worldwide, rushing to administer roughly 3,000 tests per day which quickly grew to an average of 20,000. The vast number of tests available allowed the government to better track the way coronavirus was spreading and take decisive action in containing it.

To be eligible a person must have a fever higher than 38 degrees Celsius (100.4 Fahrenheit) coupled with a cough, difficulty breathing, or other respiratory symptoms. They will also need to show they have been at least 15 minutes near a virus carrier or returned to Israel from abroad or from Judea and Samaria in the previous two weeks.

On Thursday, the Health Ministry reported 9,404 confirmed coronavirus cases, 147 patients in serious condition, and 71 dead as a result of the deadly disease.