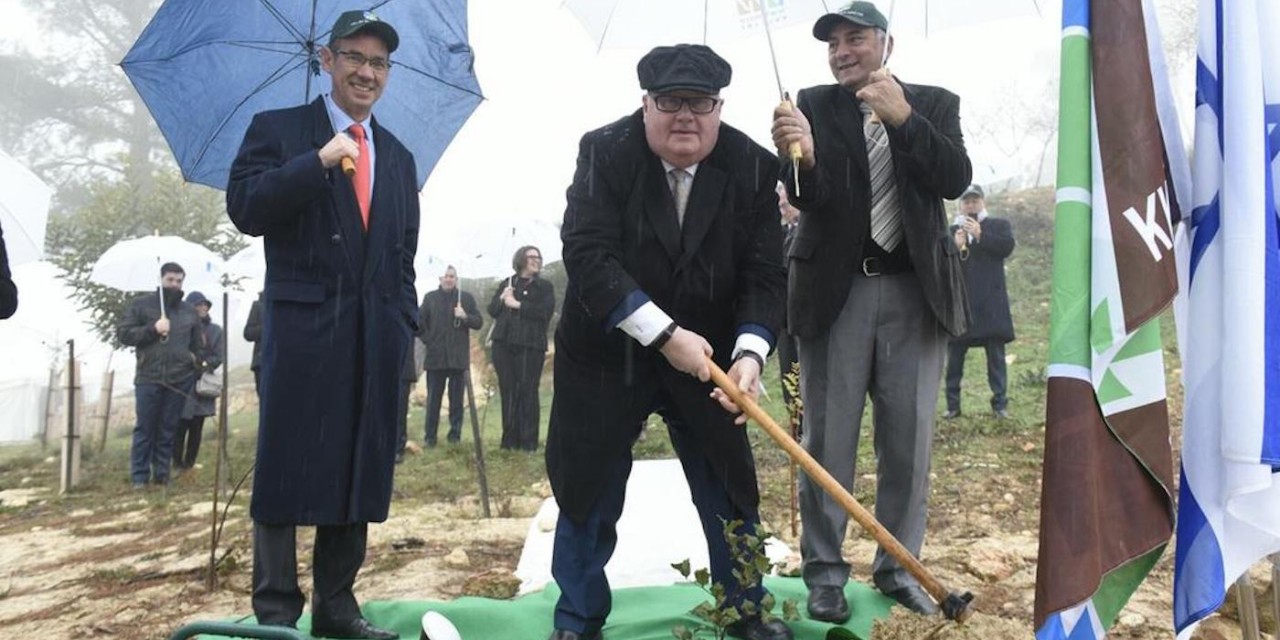 Sir Eric Pickles MP, the UK Government’s special envoy for post-Holocaust Issues, was honoured in Israel this week in a tree planting ceremony near Jerusalem.

Today, the JNF held a tree planting ceremony in honour of Sir @EricPickles' friendship of the Jewish people & the Jewish state. pic.twitter.com/9iunwb5Tfp

Through the Jewish National Fund (JNF), the Conservative Friends of Israel (CFoI) planted trees to recognise his support for the Jewish community and Israel.

“It is good to put down roots in this wonderful country, this bastion of democracy,” he said.

“It has been a real pleasure playing a small part in trying to bring our two countries closer together. I remember meeting Prime Minister Rabin shortly before his assassination, and he said: ‘The desire is to get water into the desert, and to get blood out of the land’. I think we have a chance in the coming few years not only to see trees flourish but to see friendships flourish.”

Sir Eric was in Israel along with other Conservative MPs as part of a CoFI trip to Israel. The tree planting took place at the JNF UK Lord Sacks Forest near Jerusalem.

If you would like to plant a tree in Israel, you can do so with CUFI UK in partnership with the JNF. Plant your roots in Israel today.