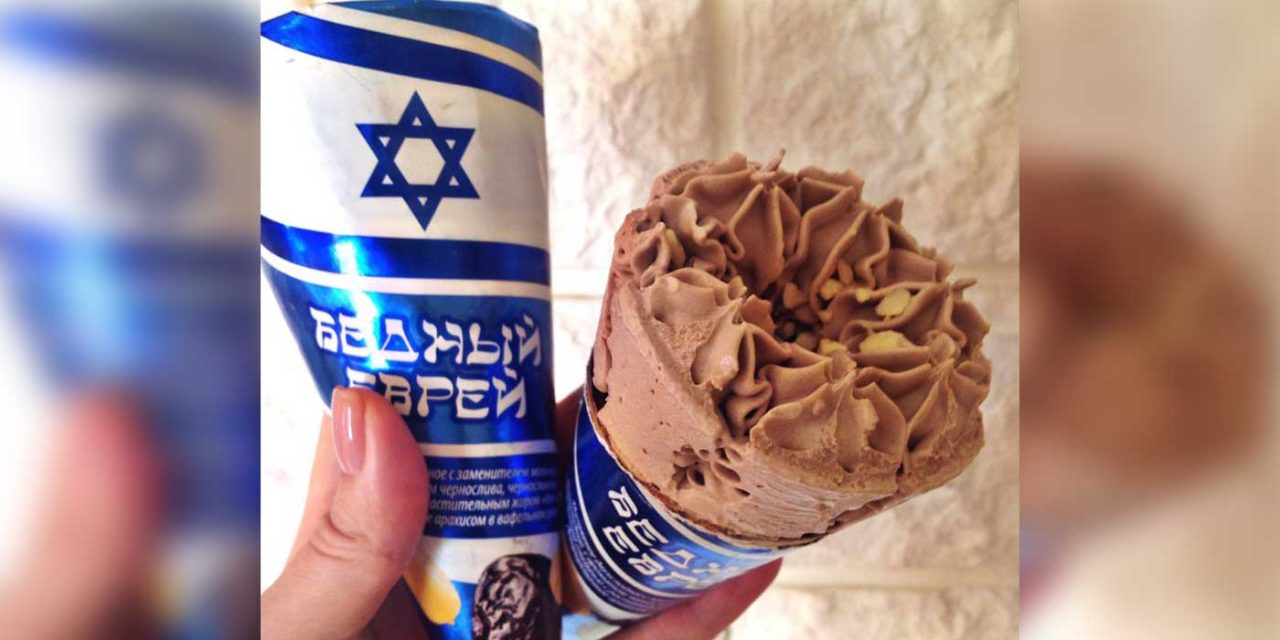 The Jewish community in Russia has expressed its concern over a new ice cream with some labelling the produce “racist”.

“Poor Jew” is a new ice cream from the Slavitsa company in Naberezhnye Chelny, 600 miles east of Moscow.

The company describes it as a “crusty horn” filled with chocolate- and prune-flavoured ice cream and topped with peanuts. The packaging includes the Israeli flag.

In a social media post announcing the ice cream’s launch on February 28, the company said, “trying all this tastiness, it turns out that he is not so ‘poor’”.

A flurry of comments under the post show a debate between users. Some argue that this is not racist but rather a play on the popular cake “The Poor Jew”, while others slam it as misguided and wrong.

“The Poor Jew” appears to be popular cake in Russia and is made using similar ingredients to the new ice cream, such as prunes and nuts. Simply typing “The Poor Jew” in Russian (бедный еврей), even without adding the word cake, brings up countless cake recipes, for example.

However, this is not a defence of the company’s choice of ice cream branding as they may have a sinister intention. They clearly could have named this something else, and the terminology in their marketing is questionable. They have also previously released an ice cream called the “Obama baby-boy” which included a anti-Ukrainian slur, for example, so they clearly appear provocative.

Leonid Shteinberg, a leader of the Jewish community in Naberezhnye Chelny, has called the name “racist” and demanded its production and sale be halted, Radio Free Europe/Radio Liberty reported.

The city prosecutor’s office says it will investigate the complaints.