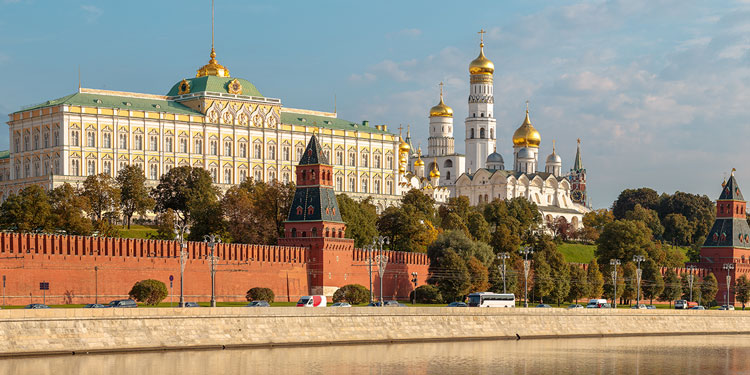 The Russian government could ban the Jewish Agency in Russia, causing the organisation to cease operations in the country. The reports are very concerning as this move will effectively prevent Russian Jews making Aliyah to Israel and may lead to antisemitism in Russia.

The Jewish Agency for Israel is the primary organisation that helps Jews around the world make Aliyah to Israel. It has a long history of operating in Russia. Under the Soviet Union it was illegal and so Jewish Agency officials worked undercover, operating almost as a spy network. The USSR was a staging ground for antisemitism and the communist government was not favourable towards Israel. This led to discriminatory policies, persecution and even pogroms against Jews.

This all changed thirty years ago when the Soviet Union collapsed. Not only has Russia treated its Jewish citizens better, but the reopening of the country prompted an exodus of Jews from Russia and its neighbouring countries to make Aliyah to Israel. This was largely coordinated by the Jewish Agency and funded by Israeli, Jewish, Christian, and Zionist organisations helping to fund Jewish emigration from Russia to Israel.

For months, however, Jewish representatives in Russia have been warning that they feel the “Iron Curtain” is setting once again in Russia. Their apprehensions appear to be right.

There is an estimated 150,000 Jews in Russia’s “core Jewish population”, those who are practicing Judaism openly, but there are more than 500,000 Russians who are eligible for Israeli citizenship according to the Law of Return.  There are currently several thousand Jews in the process of making Aliyah. Many have approved documentation, but they have been slowed down by a lack of flights out of Russia due to Western sanctions.

Russia’s action to ban the Jewish Agency now puts all these departures at risk. And it will make Aliyah in the future much harder.

There is speculation as to why Russia has made this announcement. The current information is that Russia claims the Jewish Agency is breaking data protection laws. However, this is likely just a cover for the real issue. It may be because the Jewish Agency has been at the forefront of assisting Ukrainian Jews and maybe this drew the ire of Russian authorities. Israel and Russia do not see eye to eye on Ukraine and it was announced this week that Israel was no longer mediating between Russia and Ukraine. It could also be because of Israel’s military actions in Syria, such as Israeli Air Force bombings on Iranian terror cells and weapons caches. Russia has condemned these moves more harshly in recent weeks and this could be Russia’s way of indirectly reprimanding Israel.

It is fair to say Russia’s relationship with Israel has soured in recent months. Regardless of the reason, the Russian government appears to be using its Jewish population as pawns in a wider political game and this will no doubt trouble Russia’s Jewish population.

There are also fears the Russian government’s actions could spark a new wave of antisemitism.

There are already reports that Jews have decided to remove items of clothing that may make them easily identifiable as being Jewish. The implications of this decision are already being felt by Russia’s Jewish community, who must be feeling isolated and trapped.

Let’s pray for Jews in Russia, for protection over them and that their way home to Israel will be restored. Let’s pray for the Jewish Agency and the Israeli authorities, for wisdom and courage as they handle this troubling situation.

CUFI's Alastair Kirk shares a message (watch or read) for Hanukkah, explaining the background of the 'miracle of the oil', answers the question whether Hanukkah is mentioned in the...
Read More
Share
Tweet
Email
More
29 Shares