CUFI joined other pro-Israel organisations in publicly welcoming Prime Minister Netanyahu’s visit to the UK at a rally outside Downing Street, which was opposed by a large anti-Israel protest.

Outside the gates of the Prime Minister’s residence, the flags of terrorist groups Hezbollah and Hamas were flying proudly beside those of the Palestine Solidarity Campaign. Extra police were brought in as the pro-Palestinian protest turned disruptive and swelled beyond the cordon into the middle of Whitehall, blocking traffic, and leading to a number of arrests. 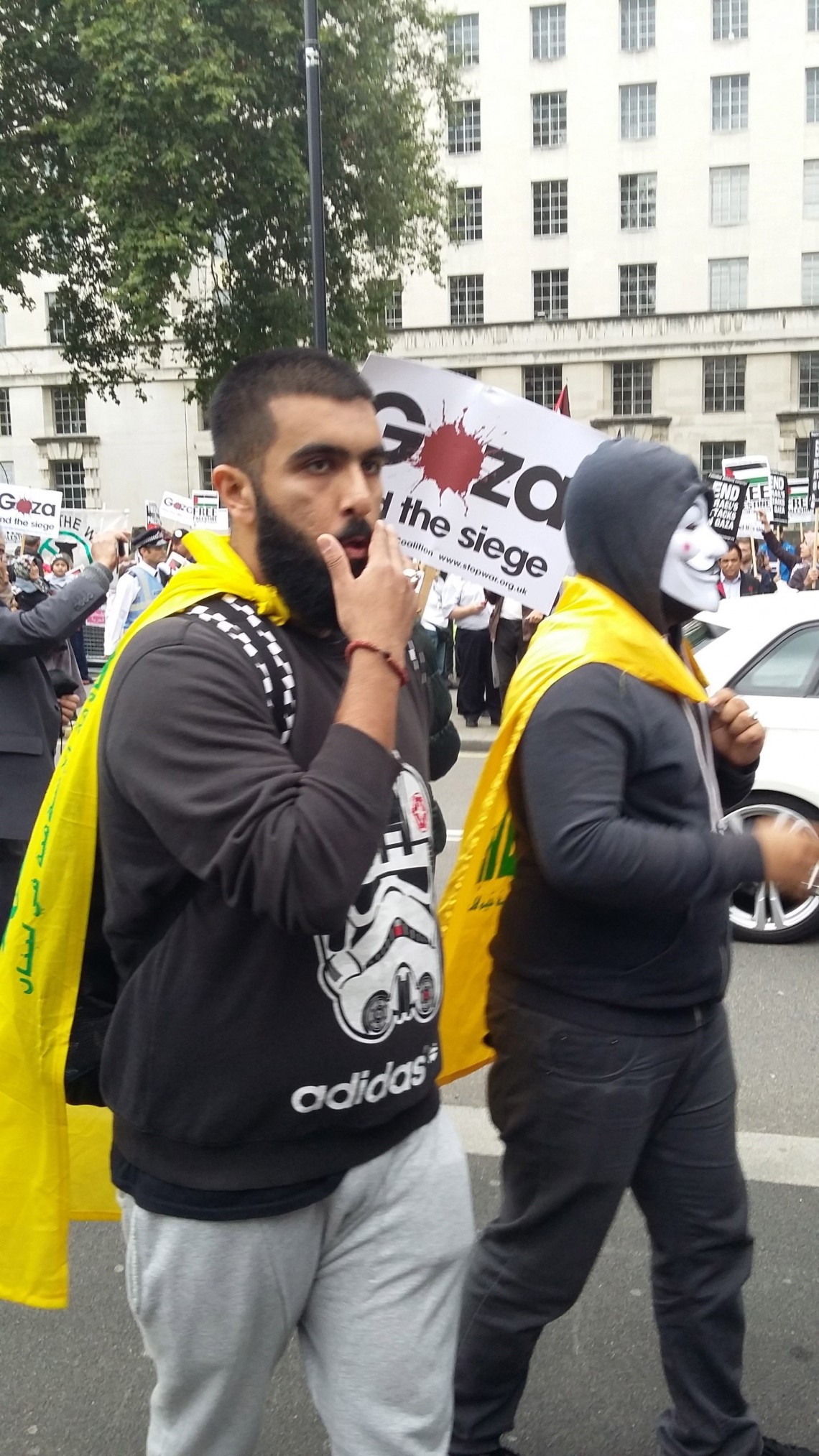 A passing car flying an Israeli flag was repeatedly kicked, and a pro-Palestinian campaigner who attempted to jump on the bonnet was arrested. There were also reports of anti-Semitism.

Chants of “Arrest Netanyahu” and “war criminal,” were responded by pro-Israel chants of “We want peace, you want war”. Singing “Hatikvah” and “God save the Queen”, the atmosphere among Israel supporters was a stark contrast to the aggression shown by the anti-Israel demo.

Estimates vary, but CUFI believes there were over 100 pro-Israel supporters and around 400 anti-Israel protesters.

CUFI Executive Director, Des Starritt, says, “We would like to thank all those Christians who responded to our invitation to join us outside Downing Street. Christians made up a good proportion of the pro-Israel support. There was a noticeable difference between the pro-Israel rally, which was policed minimally and the anti-Israel protest that needed specialist police reinforcements in riot gear to bring them under control. Sadly, our mainstream media failed to reflect the aggressive nature of the pro-Palestinian protest or that the flags of terrorist organisations were allowed to be waved in our capital city.” 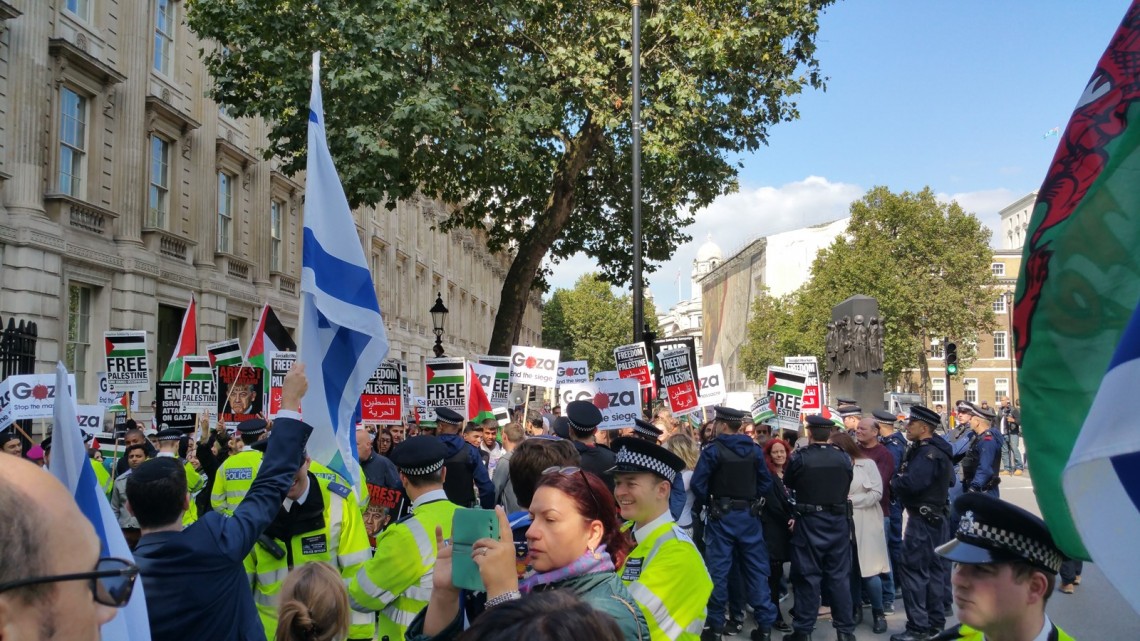 The Israeli PM arrived Wednesday and is set for discussions with David Cameron and Jewish leaders over two days. 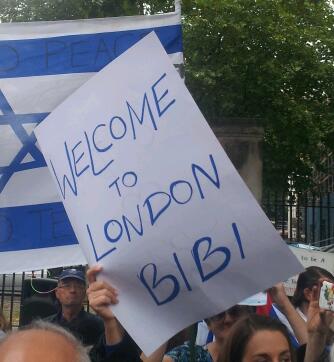 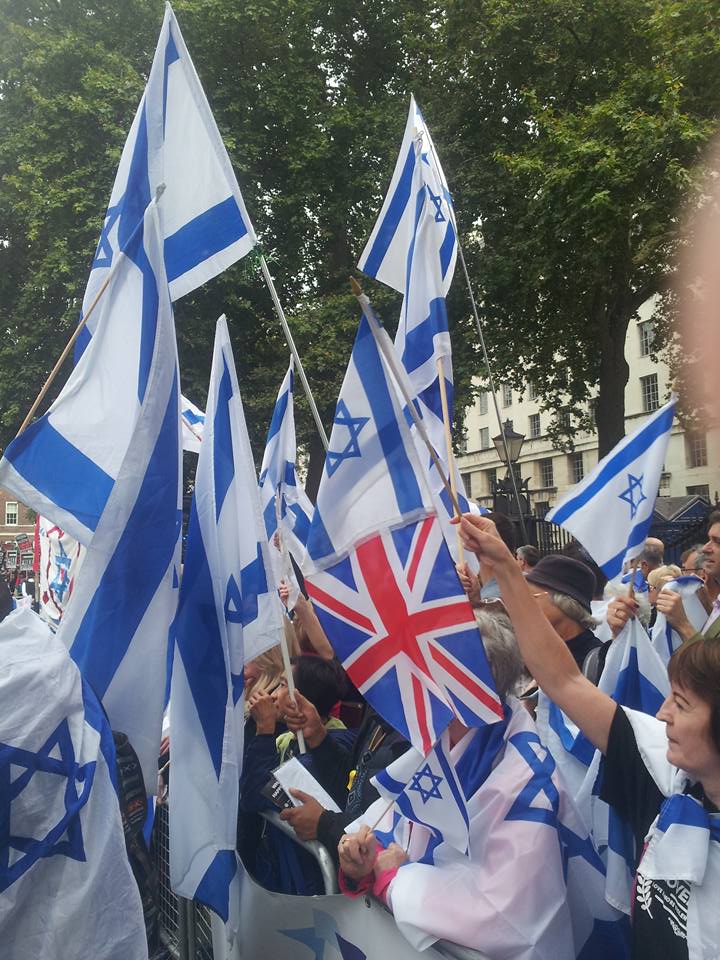