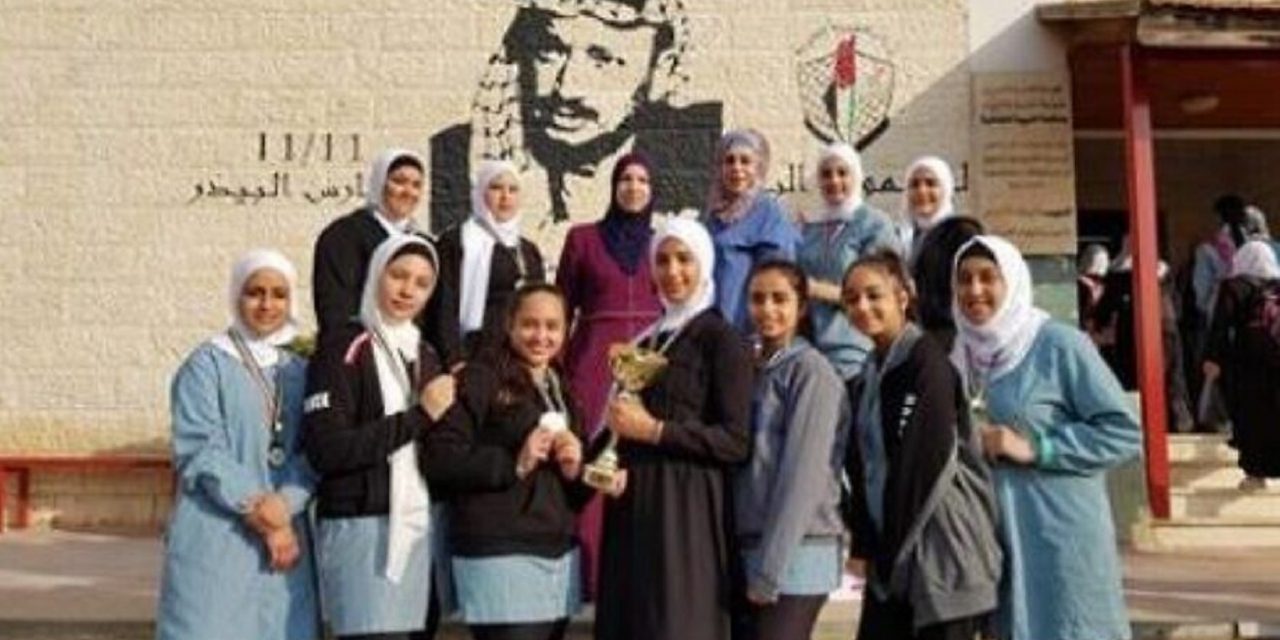 A Palestinian teenage suicide bomber has had a plaque revealed in her honour placed at a girls’ high school in Bethlehem.

It is the latest in what has become a normalised occurrence of promoting jihad to children at Palestinian-run schools.

It is both sad and shocking that in the place of Jesus’s birth, young people are being indoctrinated with a message that celebrates the murder of Jews. Furthermore, it is chilling to think that the “martyr” being honoured is the same age as teenage girls attending the school

17-year-old Ayyat al-Akras murdered two Israelis and injured 28 others when she blew herself up near a supermarket in Jerusalem on March 29, 2002. One of her victims was also a teenage girl and the other was a 55-year-old security guard who prevented al-Akras from entering the supermarket, saving many lives.

Her attack was part of the Second Intifada of 2000 – 2005 in which more than 1,100 Israelis were killed, including in a number of suicide bombings.

Now she has been commemorated as a role model for children at the Bethlehem High School for Girls, with a plaque in her honour placed at the entrance to the school, a recent Facebook post by the school has revealed.

According to Palestinian Media Watch, the text on the plaque reads:

“This memorial was established in cooperation between the Education Directorate [a branch of the PA Ministry of Education] and the Fatah Shabiba [Youth Movement] organization, in order to commemorate the Martyrs of the Al-Aqsa Intifada at the Bethlehem High School for Girls for the anniversary of the outbreak of the Palestinian revolution
Jan. 1, 2003
Martyr Ayyat Al-Akhras
Martyr Nida Al-Izza”

Al-Izza was apparently accidentally shot by Israeli soldiers during the intifada.
The entrance on which the plaque is placed is flanked to the left by a drawing of Yasser Arafat, while to the right is the logo of the Fatah Shabiba Youth Movement, which includes a map of ‘Palestine’ covering the whole of what is currently Israel with the colors of the Palestinian flag.
Source: The Jerusalem Post
Share
Tweet
Email
More
71 Shares