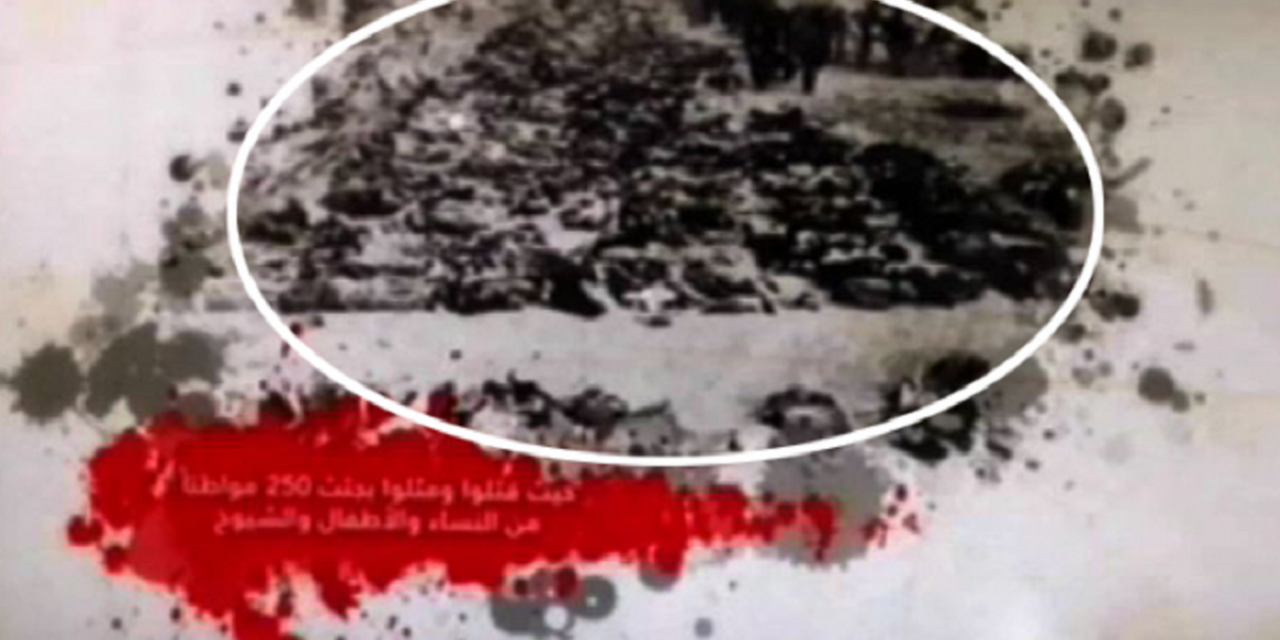 The PA TV video, which was broadcast this week on the anniversary of the Deir Yassin battle, also included a photo of victims of the massacre at the 1982 Sabra and Shatila refugee camp by Christian Lebanese, which was likewise misrepresented as showing Arabs who were killed by Jews.

The third lie in the PA TV video was printed on the screen under the photo: “And they [the Jews] burned the women and children in the village’s oven.”

Although Arab civilians were killed at Deir Yassin during the battle, it is false to claim Jewish fighters “burned the women and children in ovens”. Jewish fighters from the Irgun and Lehi military groups, part of the forces opening the blockaded road to Jerusalem, attacked the Arab village of Deir Yassin on April 9, 1948. When the battle was over, the village had fallen and in addition to the Arab fighters killed, 107 civilians were also killed. Narratives differ as to whether the civilians were killed in the crossfires or were intentionally murdered by the Irgun and Lehi fighters.