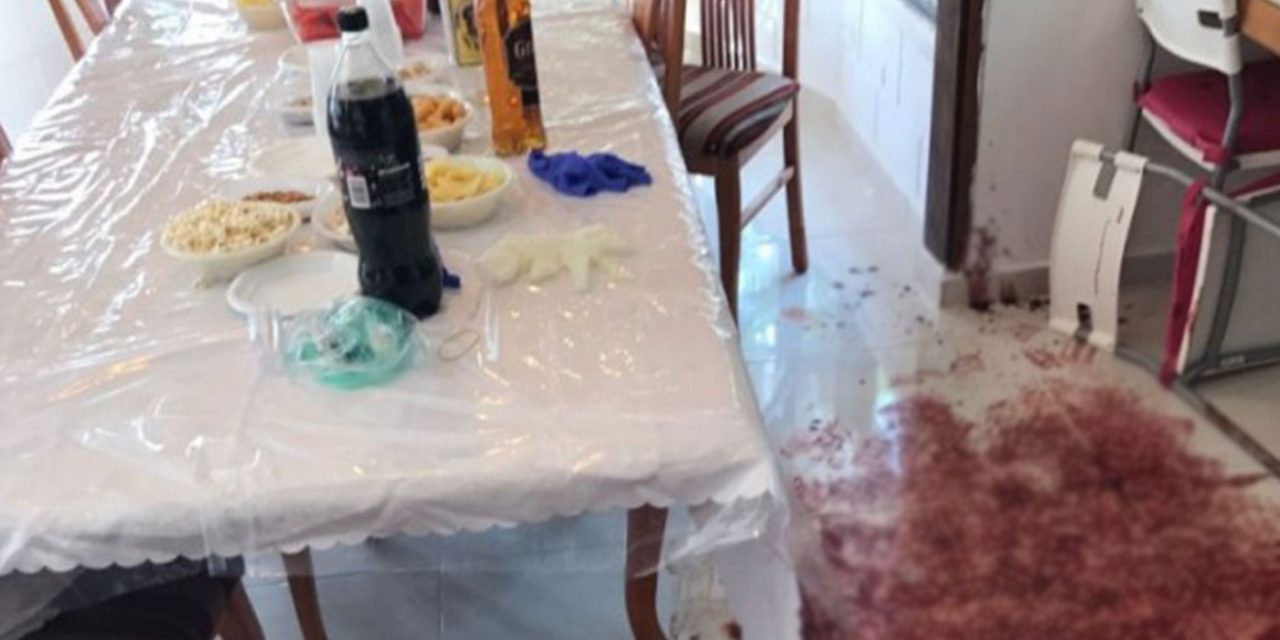 Three Israelis were killed and another was seriously wounded in a stabbing attack in Halamish on Friday night when a terrorist broke into their home and began stabbing the family as they ate their Shabbat dinner.

WARNING: This article contains a disturbing image of the crime scene. (There is another warning before that image)

The Palestinian terrorist infiltrated the settlement, chose the last house on the street and broke through a window, surprising the ten families members inside. Using a large knife, the terrorist stabbed to death the man and two of his children, while his wife was badly wounded

During the attack, another daughter hid several of the grandchildren in one of the rooms, where she called police and began shouting that a terrorist was inside the home.

An off duty police officer who was a neighbour of the family heard screaming, grabbed his gun and immediately ran to the house. He shot the terrorist through the window, stopping his attack. 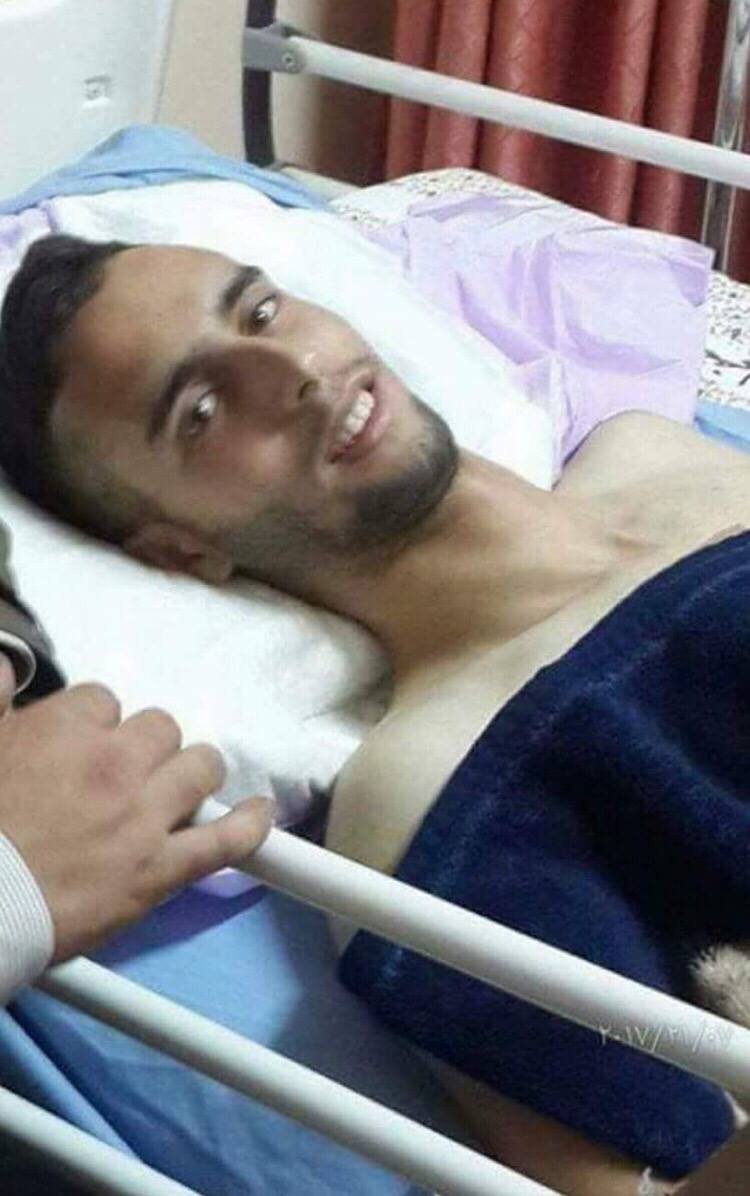 Paramedics said the the victims, a father in his 60s, his son in his 40s, and his daughter in her 40s, died of their wounds.

The mother, in her 60s, was taken to Shaare Zedek Medical Center in Jerusalem in serious condition.

Palestinian media identified the terrorist as Omar al-Abed, 19, from the village of Kaubar, near Ramallah. He was evacuated to hospital in a moderate condition. There is a picture of him smiling in bed, happy that he killed Israelis.

In initial questioning, Abed said he bought the knife two days ago, wanting to commit a terror attack because of events surrounding the Temple Mount in Jerusalem.

The terrorist’s father said that his son was upset over the loss of Palestinian lives following violent clashes over escalating tensions at the Temple Mount and wanted to protect the “honor” of the Jerusalem holy site.

“The honor of Muslims is only the Haram,” Mohammed al-Abed said. “If it’s gone, the Muslims’ honor is gone. This was the motive for my son.”

Abed wrote on Facebook the day earlier his intentions to carry out the attack and his understanding that he would be martyred, however he was instead saved by Israel.

Before killing 3 Israelis and wounding a 4th tonight in a heinous act of terror, the terrorist posted this message on Facebook. pic.twitter.com/TNxvQ5IKnO

There are reports that Abed was arrested three months ago and interrogated by the Palestinian Authority for planning an attack. He was released without charge.

The IDF released pictures of the crime scene, including the graphic image below.

It is shocking to see the blood of those killed. It is impossible to understand or comprehend the mind of the person who could do such a thing. We must intensify our prayers against this evil and pray for the protection of Israelis. And may we raise our voices louder in support of Israel.

Am Ysrael Chai – the nation of Israel lives!

WARNING: Directly below is a GRAPHIC image of the crime scene.

Warning: Graphic Content – This is the scene of the Sabbath massacre which killed 3 Israelis and wounded 1 other. pic.twitter.com/YpsecdoYTc