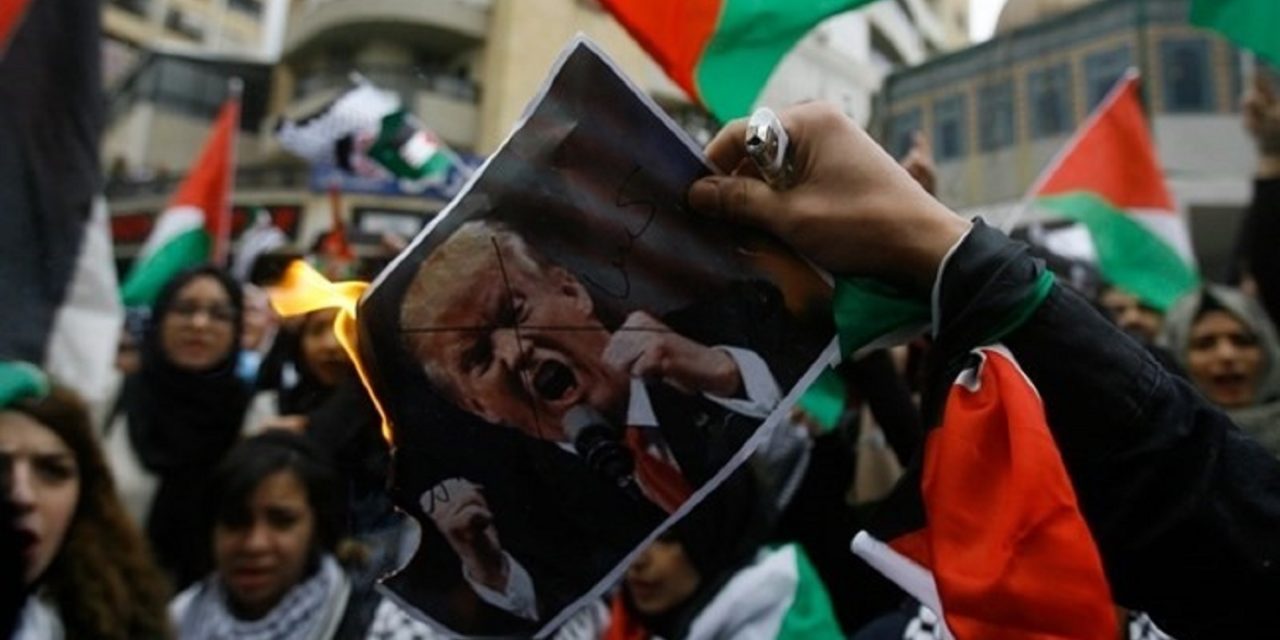 Palestinian groups in the so-called West Bank and Gaza urged mass protests on Friday to mark 100 days since US President Donald Trump announced his decision to recognise Jerusalem as Israel’s capital.

This is just one of the many protests that have taken place since Trump announced the moving of the US embassy to Jerusalem. Though some of them have been violent, attendance at them is fortunately reducing considerably.

The protest was planned to happen after Friday prayers under the official banner of “Friday Rage for Jerusalem.”

The Palestinian National and Islamic Forces, a coalition consisting of various groups, called on Palestinians to confront IDF soldiers and settlers immediately after the Friday prayers.

The Palestinian groups threatened, “[we] will continue to protest against this decision and the plan to move the US embassy to Jerusalem, as well as attempts to liquidate the Palestinian cause.”

The terrorist group Hamas has also urged people to initiate clashes with IDF soldiers and settlers, saying the rage should continue until Trump’s decision is thwarted.

Future protests are also being planned for the March 30, Land Day – the day Israeli government’s 1976 decision to expropriate land in the Galilee.

Protests exhibit the Palestinian refusal to cooperate with the peace process and it is expected that they will reject the US peace proposal, yet again.