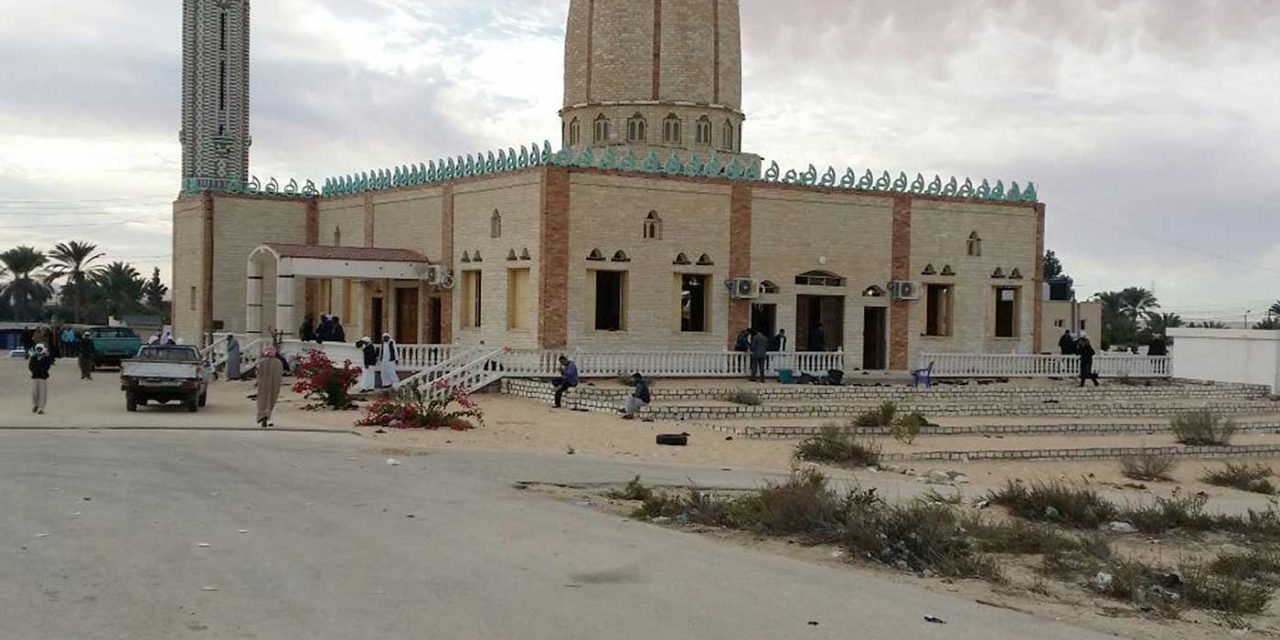 The Palestinian Authority’s official newspaper on Sunday ran an article claiming that Israel and the U.S. were behind Friday’s terror attack on a mosque in northern Sinai in which 305+ were killed.

The Palestinian Authority daily used the attack as an excuse to repeat the libel that Israel and the US are behind terror in the Middle East.
Writing about the attack, Omar Hilmi Al-Ghoul explained that the US and Israel are afraid of a strong Egypt, and therefore use “pawns” to carry out terror attacks and “weaken Egypt.” This is part of “an American-Israeli decision” that serves the “colonial need”:

“Time will tell, after the investigations expose the secrets, divergences, and scope of the barbaric crime, because the one who stands behind it– regardless of the name of the organization to which he belongs, and regardless of the pretexts he promoted for his horrible crime – is Israel and the US…
They do not want Egypt – the symbol of Arabness – to rise, recover, and restore to itself its leading pan-Arab role. The US, Israel, and their pawns know well that the resurrection of Egypt means the resurrection of all the peoples of the Arab nation, and therefore the colonial need dictates keeping Egypt in a state of political, security, economic, and social exhaustion…
There is an American-Israeli decision – which is being implemented by their pawns… to continue weakening Egypt, at least, particularly because the main goal of their plan is to tear unified Egypt into small and scattered states.”
[Official PA daily Al-Hayat Al-Jadida, Nov. 26, 2017]