The co-chair of the Oxford University Labour Club (OULC) has resigned from his role over concerns of anti-Semitism and “poisonous” attitudes towards disadvantaged groups from the group’s members. Alex Chalmers announced with the “greatest regret” that he is leaving the largest university Labour club in the country in the wake its decision to endorse Israel Apartheid Week. 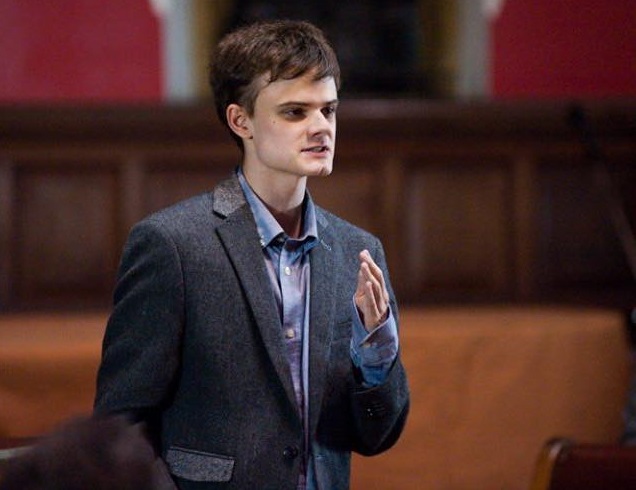 Chalmers said that while he had invested an “extraordinary amount of time, energy, and emotion” during his time as chair of the club, he has decided to quit as a result tensions “increasingly riven by factional splits”.

In a lengthy statement on Facebook, he said: “Whether it be members of the Executive throwing around the term ‘Zio’ (a term for Jews usually confined to websites run by the Ku Klux Klan) with casual abandon, senior members of the club expressing their ‘solidarity’ with Hamas and explicitly defending their tactics of indiscriminately murdering civilians, or a former co-chair claiming that ‘most accusations of anti-semitism are just the Zionists crying wolf’, a large proportion of both OULC and the student left in Oxford more generally have some kind of problem with Jews.”

Chalmers added the club’s decision to support Israel Apartheid week – which claims be an effort to raise awareness about Israel’s “ongoing settler-colonial project and apartheid policies over the Palestinian people” – arrived despite the campaign having a history of history of “targeting and harassing Jewish students and inviting anti-semitic speakers to campuses”.

“I had hoped during my tenure as co-chair to move the club away from some of its more intolerant tendencies: sadly, it only continued to move away from me, to a place I could no longer hope to retrieve it from. I am now in a position where I can no longer in good conscience defend club policy,” he said.

Fellow co-chair of the Oxford University Labour Club, Noni Csogor, said she respected Chalmer’s decision to resign. Discussing the club’s 18-16 vote in favour of backing the Israel Apartheid Week, Csogor added: “We did not vote on a blanket position on the Israel-Palestine conflict; we voted to support Oxford’s Israeli Apartheid Week. At Oxford, IAW has hosted a wide variety of Israeli, Palestinian, and South African speakers, such as Denis Goldberg, who fought against apartheid in South Africa, and Oxford professors like Avi Shlaim, Karma Nabulsi, Sudhir Hazareesingh, and David Priestland. As the motion notes, OULC and the Labour Party have always been against racism and oppression in all its forms; this must include the policies of the current Israeli government.

“Alex is right to highlight growing anti-Semitic violence in the UK as a major issue; it’s also horrifying that Jewish students feel unsafe on campuses.. .we take allegations of anti-semitism in the club very seriously and I will be discussing, with my executive committee, how to deal with the kinds of statements Alex mentions, and what concrete steps we can take in future to preserve a club that’s been a safe haven for Jewish students in the past.”