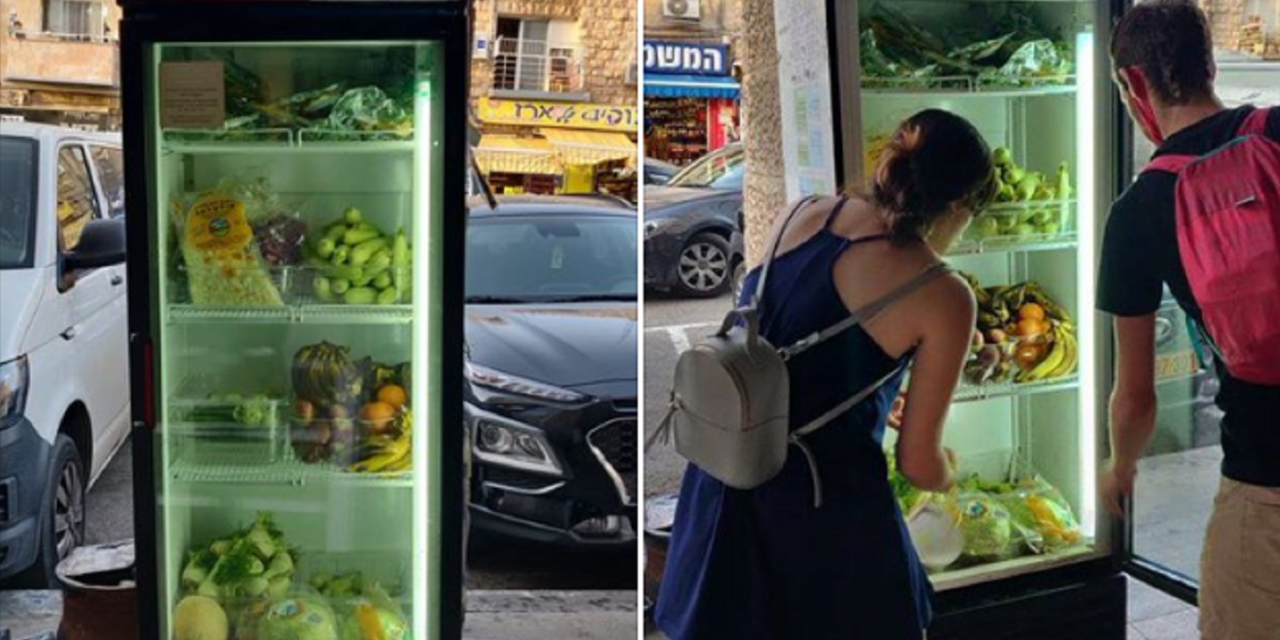 A new initiative to distribute food to the poor and prevent waste has been revealed in Israel’s capital, Jerusalem.

Spearheaded by young residents of Jerusalem, the project — called The Fridge — involves public refrigerators stocked by local vendors who donate unsold produce. The fridges are being placed in cities throughout Israel, according to a post by the State of Israel’s official twitter.

Could this be an idea for where you live?

We're not crying, you're crying.

We ❤️ this incredible initiative by Jerusalem's young residents to feed the needy and prevent food waste.

Local vendors donate extra food at the end of each day which is then placed in fridges throughout Israeli cities.