Netanyahu: I will name a Golan Heights town after Trump 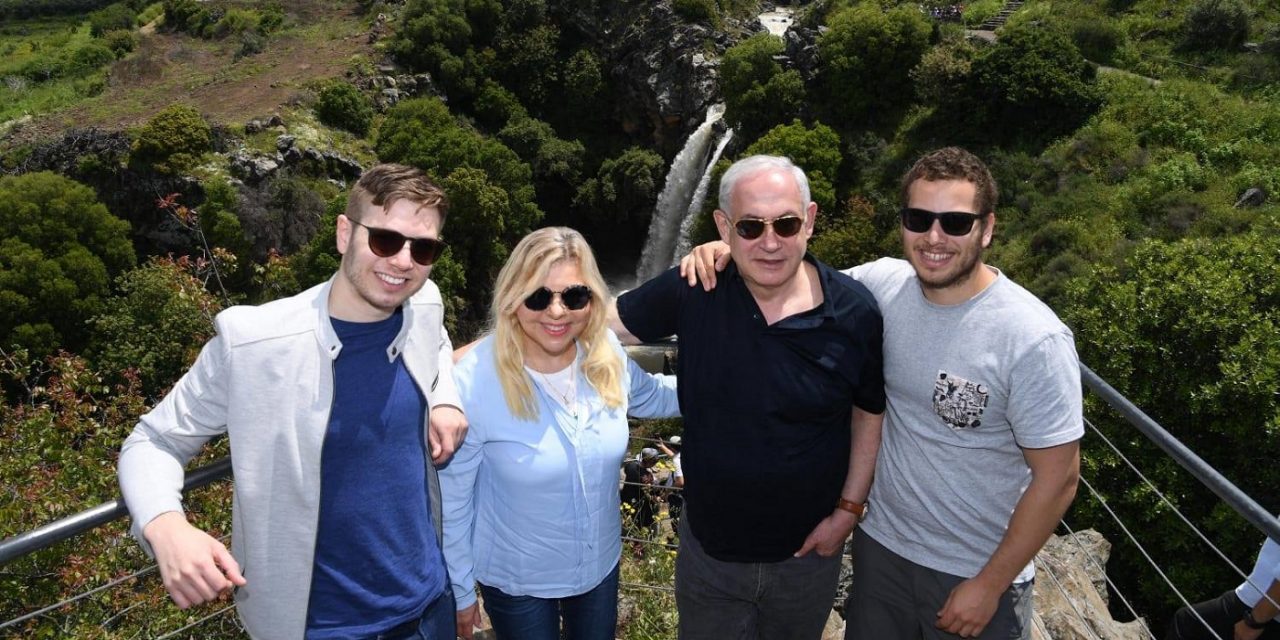 Prime Minister Netanyahu has said a new community on the Golan Heights should be named after US President Donald Trump in appreciation for his decision last month to recognise Israeli sovereignty over the region.

Touring the Golan Heights with his family on Tuesday, Prime Minister Netanyahu said he will be bringing to the government a resolution calling for the honour.

“I am here with my family and many citizens of Israel at the foot of the Golan Heights, happy with the joy of the holiday and our beautiful country,” Netanyahu said in a video post. “And there is more joy – a few weeks ago I brought President Trump’s official recognition of Israeli sovereignty over the Golan Heights forever.”

Netanyahu said there “is a need to express our appreciation by calling a community or neighborhood on the Golan Heights after Donald Trump. I will bring that to the government [for approval] soon.”

PM Netanyahu, his wife Sara and their sons Yair and Avner toured on the Golan Heights including the Saar stream and Nimrod’s Fortress. They also rode ATVs at Merom Golan and visited Mt. Hermon.