Netanyahu: Bible is secret to renewal of the Jewish people 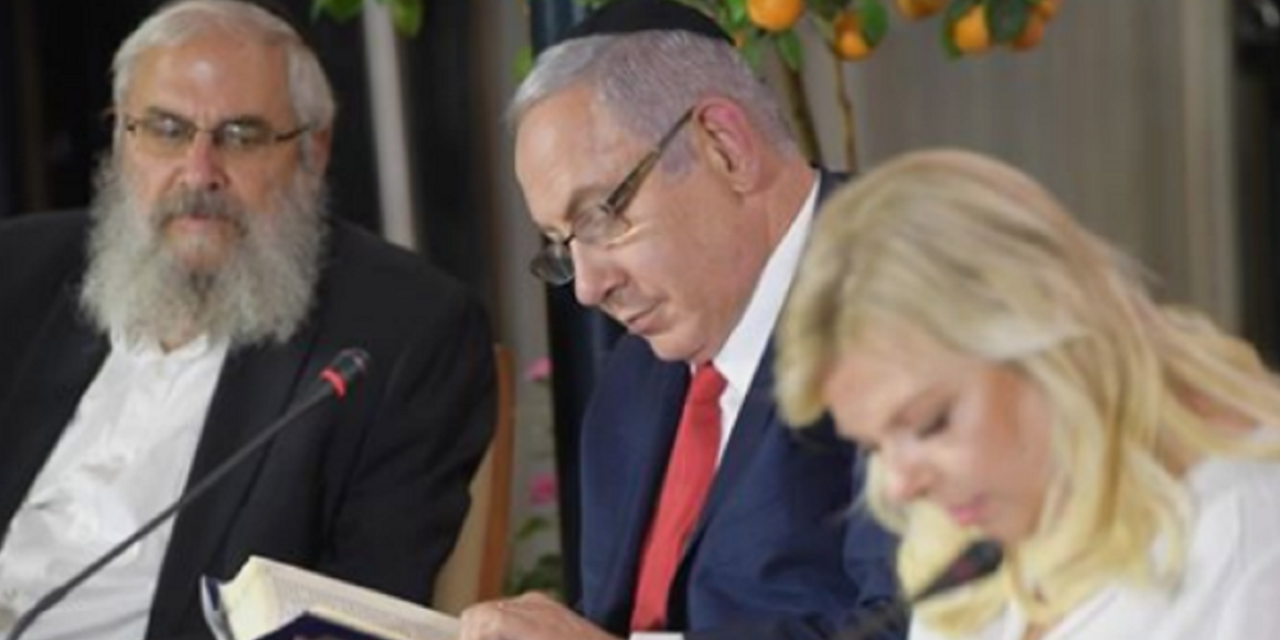 Israel’s Prime Minister Benjamin Netanyahu and his wife, Sara, held a public Bible study session at their official residence, last night. The evening was held in the memory of Shmuel (Samuel) Ben Arzi – a Hebrew teacher and a Tanach (Bible) scholar.

Israel’s first prime minister David Ben-Gurion was so impressed with Ben Arzi’s knowledge that he invited him to take part in the first Bible study session held at the prime minister’s residence. Netanyahu expressed his pride at being able to continue to host such an event, especially in Ben Arzi’s memory.

“Everybody who knew Shmuel was impressed from the depth of light that shone forth from his eyes and from the warmth that emanated from his personality,” said Netanyahu. “In principle, the strength of his faith in the permanence of Israel, the Torah of Israel, in the Tanach and a love for the land of Israel,” he added.

The subject of the study session was “Cyclicality in the spirit of time, nature and history.” Netanyahu remarked that when he and his wife, Sara, recently travelled to Lithuania, they were aware of the rich Jewish life that once thrived there but is now no more. He added that to go as the prime minister of Israel and to see the admiration for the country that he represents, is an especially moving expression of the rebirth and regeneration of the Jewish people.

“That renewal is our secret to life – and learning Tanach (Bible) is the highest expression of that,” said the prime minister.

The gathering took place for the sixth time since it was established two years ago in the name of Sara Netanyahu’s father, Shmuel Ben-Artzi, who was a noted Bible educator. Along with Sara, Netanyahu’s two sons – Avner and Yair – took part.

Netanyahu opened the event saying that the Bible is studied at least once a week in his home, and that his son Avner – who won the National Bible Quiz for Youth in 2010 – is his teacher.

Among the invited guests this year were the parents of the three teens – Naphtali Fraenkel, Gil-Ad Shaer and Eyal Yifrah – kidnapped and murdered this summer.